PvP in V Rising is more than a little intimidating. While you do have plenty of different PvP options to choose from, between hardcore Full Loot PvP or your standard four-player PvP servers, surviving against other vampires is even more difficult than toughing it out against the environment.

Combat against your fellow vampires is one thing, but figuring out how best to defend your castle from raids, or going a-raiding yourself, is quite another feat. Having a good time on a busy PvP server can be rough, so here are all the basics you need to succeed in V Rising PvP.

How To Raid A Castle 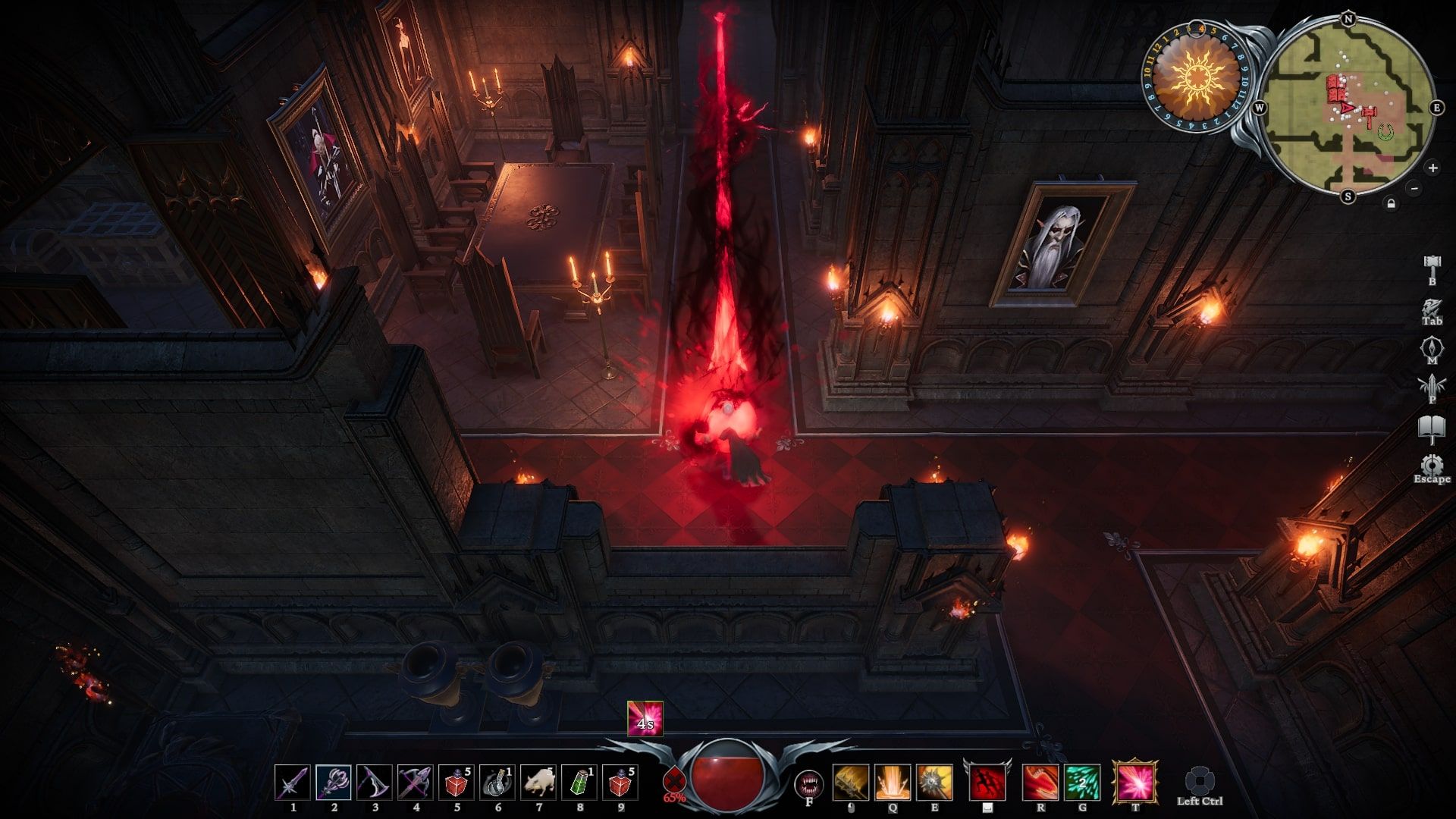 If you are planning on going on the offensive and breaking into another player's castle, you will need to do some extensive battle planning. The first thing to account for before you set out for your first raid is what type of castle you are trying to lay siege to.

Use Explosives To Breach Palisades

All types of Castle Walls have a substantial amount of health you must chew through before you can break into another player's base, but by far the weakest wall is the wooden Palisade. It generally will take at least five Explosives to break down a Palisade wall at full health if it is not already in decay.

Typically, you will find that castles built primarily from Palisade walls belong to new players on a server, so unless you happen to have a lot of resources lying around, you might want to think twice before expending all those explosives to break inside. Chances are, a new player will not have the loot to make it worth raiding.

You will unlock the recipe for Explosives after defeating Clive the Firestarter, and can craft Explosives at an Alchemy Table — which is also unlocked by this V Blood Carrier.

To break into a castle made of reinforced Castle Walls you will need to construct a Siege Golem. These are hulking stone giants that you can control to break down strong enemy walls for a certain duration of time.

To use a Siege Golem, you will first need to learn the recipe for the Siege Golem Stone. This is unlocked after extracting blood from Terah the Geomancer, another V Blood Carrier, to obtain both the recipe and the Gem Cutting Table you will need to craft one.

To create a Siege Golem Stone you will need:

Once you have placed the Siege Stone and activated it, you can use it to transform yourself into a Siege Golem for 300 seconds. Aside from a few new attacks, with enough effort, you are now able to break down reinforced Castle Walls. However, once you use the Siege Golem Stone, the whole server will be notified that a Siege Golem is activated.

You can break down reinforced Castle Walls with Explosives as well, but it will take quite a lot to take just one wall down.

Use Keys To Take Over Or Destroy Castles

With the castle walls breached, you are free to roam inside all accessible areas of a player's castle. Any loot you can get your hands on is fair game, but you will be unable to access any of the loot in a castle's Vampire Lockbox unless you destroy or seize the Castle Heart.

Keys can only be used on servers that allow destruction and/or seizing of enemy castles, i.e. Full Loot PVP servers.

If you find the Castle Heart, you can insert a Castle Key of the corresponding level to completely destroy the castle. Alternatively, you can use three Castle Keys to seize control of the castle instead.

The blueprint for the Blood Castle Key can only be obtained after beating the biggest boss in V Rising, Solarus the Immaculate.

How To Defend Your Castle 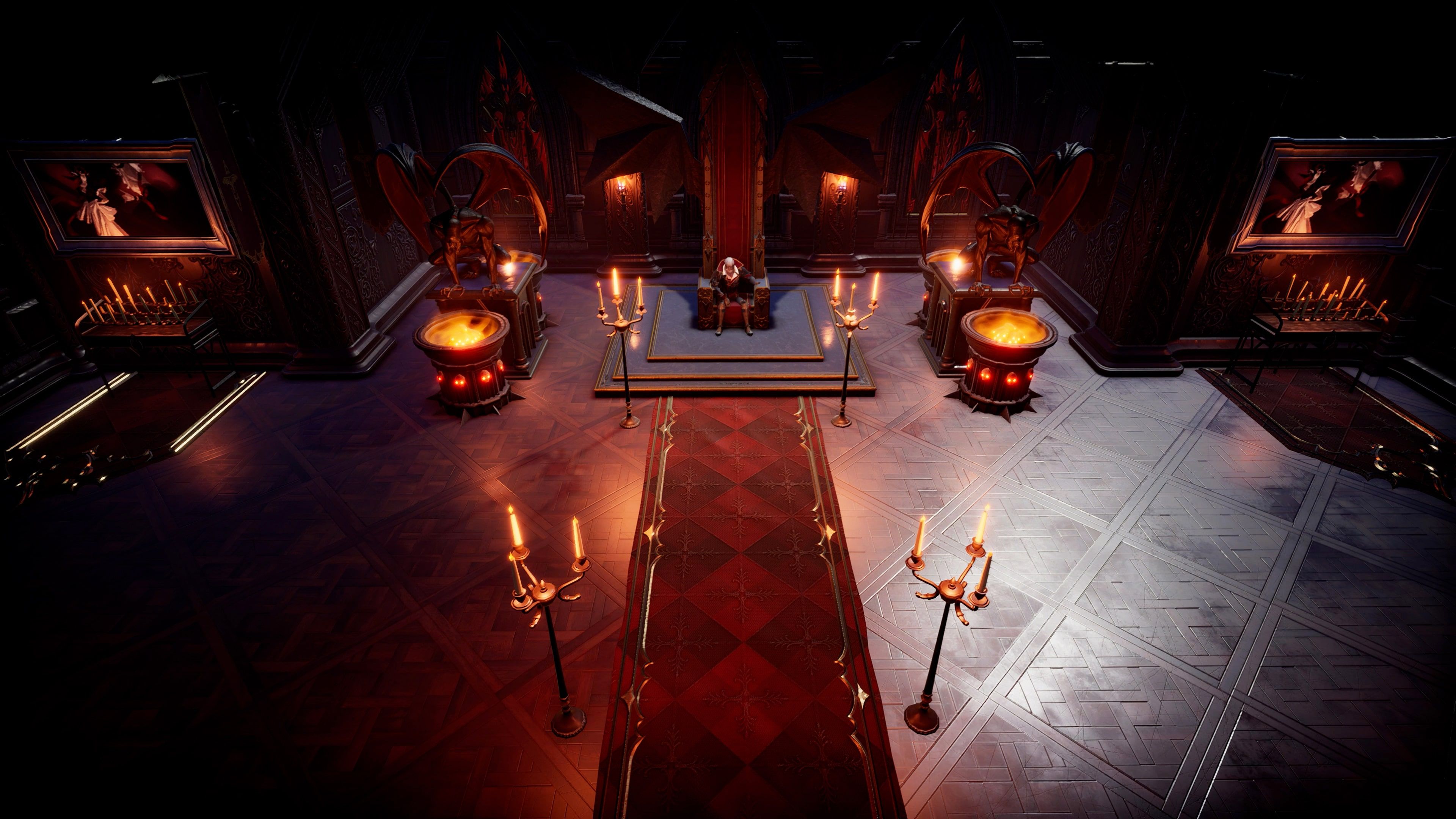 Nothing is more devastating than logging back into V Rising, only to find that your castle, coffins, and loot are all gone. At the end of the day, if you are not extremely active or unable to get online in time to stop your castle from being raided, there is very little you can do to defend yourself.

Still, there are some precautions you can take to give your castle the best defense if you are not there to protect it.

Build Your Castle On Elevated Terrain

Picking the right spot to build your castle is absolutely crucial when playing on a PvP server. In general, you want to keep an eye out for any area of high terrain with a lot of buildable surface area.

Placing walls all along the edge of a section of elevated terrain narrows down the amount of areas enemies can attack from. You will also want to place stairs and doors on the ramps leading to your castle to create a funnel that enemies must breach before entering your castle.

When you start fresh on a PvP server, prioritize not only expanding your borders but unlocking the recipe and stations needed for reinforced Castle Walls — pronto. Having strong castle walls is your first line of defense.

Once you have the materials for it, putting the effort in to essentially build a maze of rooms leading from your castle door into the heart of your castle is a great way to dissuade enemy players.

As a Siege Golem, players only have 300 seconds to "hulk smash" your castle walls. Therefore, the more walls and doors stand between them and your loot, the better your chances of thwarting a raid.

You can also create "trap rooms" to funnel enemy players into, towards the front of your castle, to slow them down. Placing a cluster of Servant Coffins behind a room with a Servant Lock, or a Tomb in a room filled with Banshees and other undead mobs, is a fantastic deterrent against raiders.

Split Up Your Loot

It is tempting to design your castle interior to make crafting more convenient. The trade-off to having all your chests easily accessible to you though is that you might be making them pretty accessible to raiders too.

Try to split up your loot into different sealed rooms, with your most valuable loot being placed in containers towards the back of your castle if possible. If you are successful in making your castle a pain to break into, at the very least, you can hope that the raiders won't make off with all of your most precious resources.