Throughout your progression in V Rising, you will be challenged by numerous unique bosses. The second of these bosses is Eroll The Stonebreaker, and he is the first boss that can pose a serious threat to you — even with the correct preparation.

That's why we will give you a hand with anything you might need for your journey. This guide will explain where to find Eroll, his moves, and general battle strategy to bring him down, as well as what rewards are on offer for defeating him. 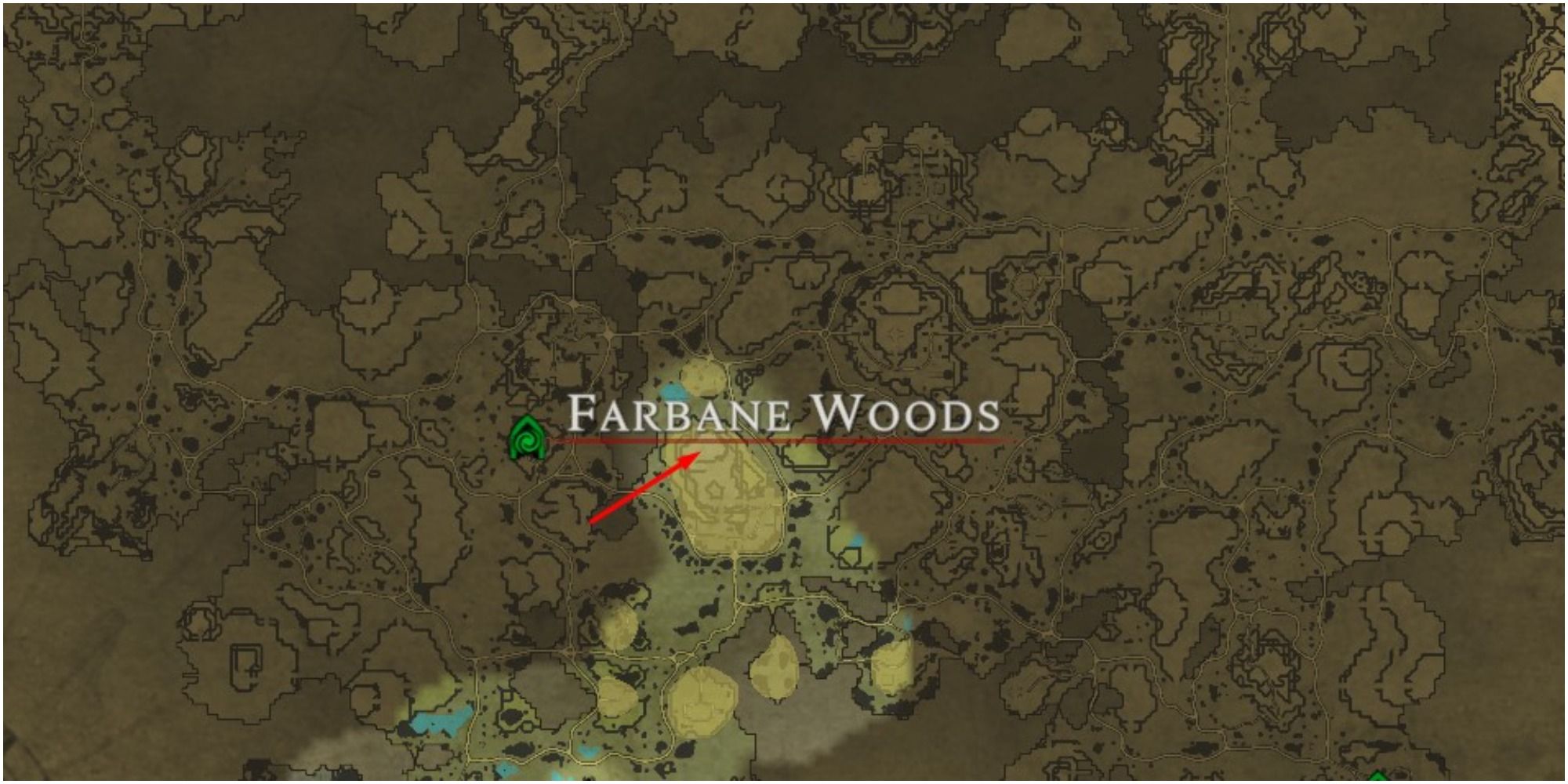 To reach Eroll, you will have to fight your way through the Copper Mine, which is swarming with Bandits. The mine is divided into indoor and outdoor sections, and there are two possible entrances to the interior of the mine, one to the South and one to the East. Either entrance is fine to use, but be wary of the Bandit Trappers if you decide to approach during the day. These mobs can root you in sunlight, resulting in a swift death.

Like every boss (except for the Putrid Rat) Eroll can be tracked using your Blood Altar. 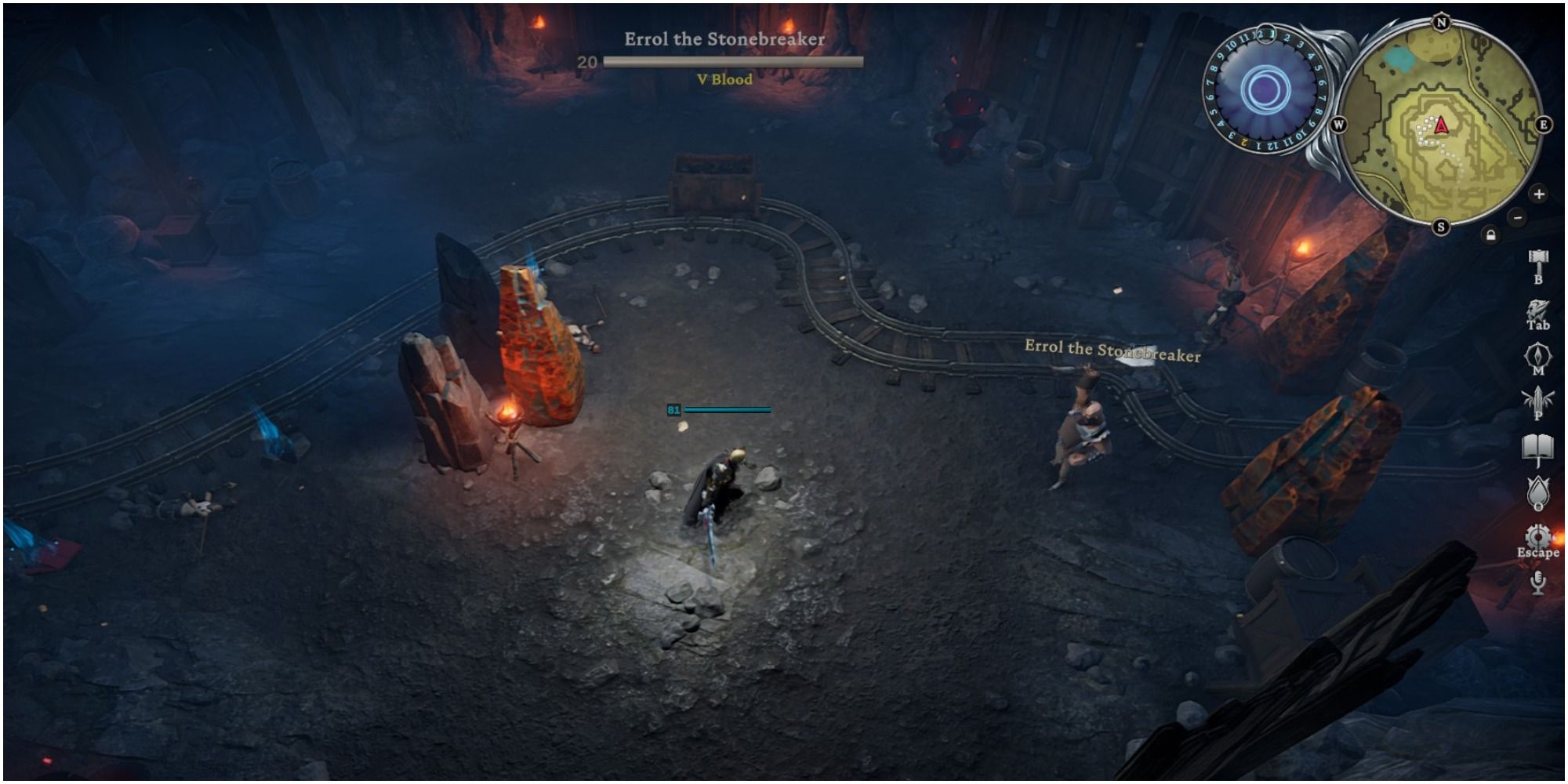 Being a Level 20 opponent, Eroll is the second chronological boss you will face in V Rising. His moveset is relatively straightforward, with only a couple of different attacks, although he hits extremely hard. It is recommended to play as safely as possible to avoid being combo-ed.

Eroll's first move is a strong melee whirlwind attack that applies a large stun. If he successfully lands, you will also be sent flying backwards. This move can be avoided by reducing the amount of time you are engaged in melee. Staying at range and poking him down with spells and ranged attacks with allow you to nullify any chance he has of stunning you.

A stun can be very detrimental to your success due to Eroll's next move: a linear ground slam that blasts forwards a line of projectiles, these red and blue swirlies will explode after a couple of seconds, detonating in a purple explosion and dealing massive damage to you. This move can seem scary at first, but always strafing to either your left or right will allow you to dodge the initial projectiles every time.

Eroll will also have to look towards you when casting, so you can tell if dodging is even required.

Eroll's third ability is to execute his ground slam but this time in four separate directions, emanating outwards from him in a cross shape. This can be played around in exactly the same way, by staying at range and strafing to the side.

The last ability Eroll will use is to summon multiple Bandits to aid him. Is it best to kill off these enemies first, so you have more room to dodge Errol's shock waves, but they will not pose much threat. You can line of sight both Eroll and the Bandits using the central Copper Node, which can allow you to group them up for some extra cleave damage.

As Eroll is located indoors, you can fight him in the daytime with no repercussions.

The recommended gear for facing Eroll will be a full Boneguard set, which will grant you decent defenses at Level 20, and any Copper Weapon. While the Sword technically has the highest DPS output, any weapon will be able to do the job against Errol, and none provide you with any sort of passive damage increase — although a Crossbow could be useful for getting in some free-ranged damage. 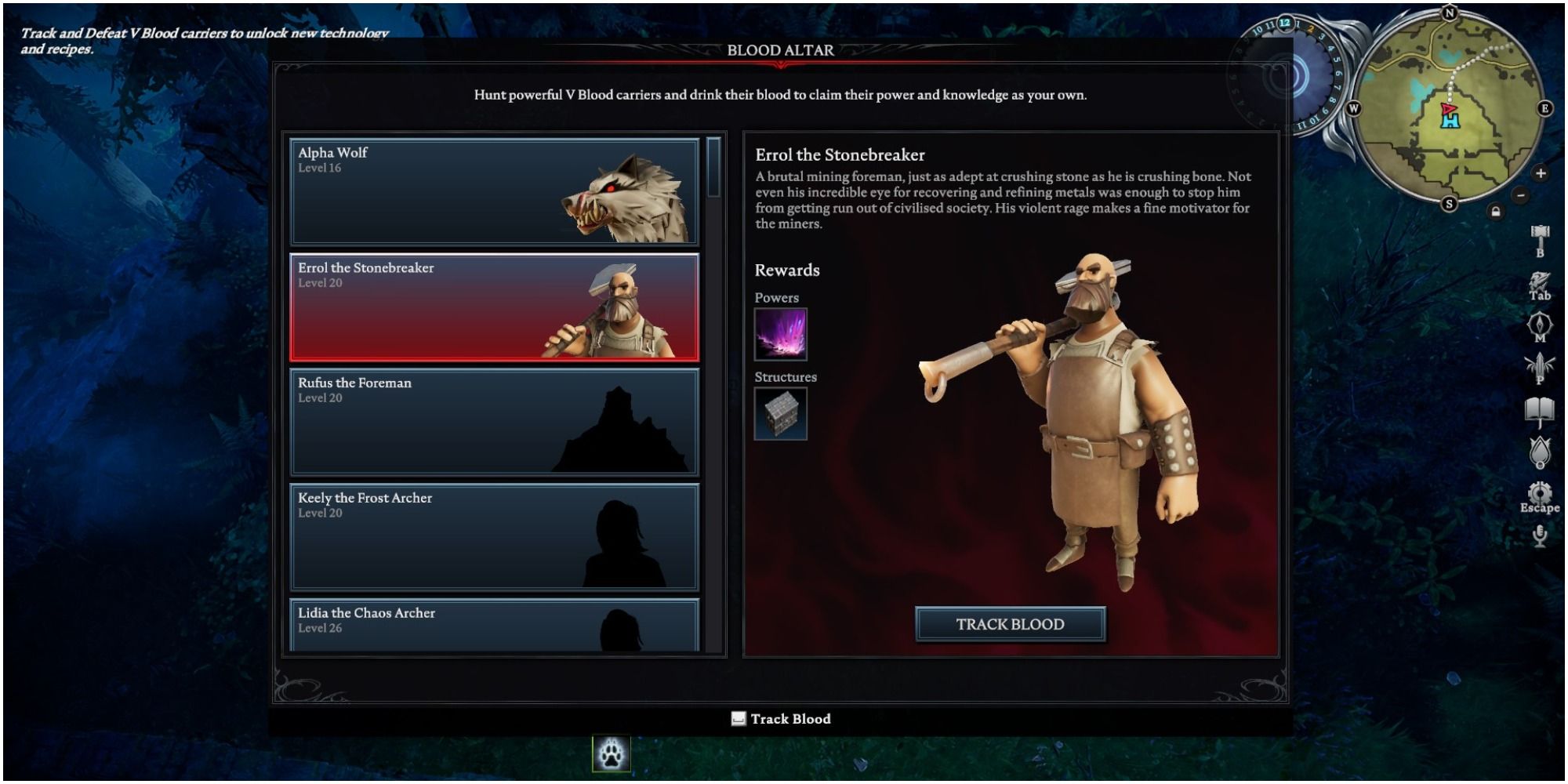 Defeating Eroll and draining his V Blood will grant you two rewards. The first is the Big Stash, a larger form of the basic chest. Holding up to 21 items, the Big Stash is your first inventory upgrade and is a nice addition to your growing castle. The chest will cost Planks and Copper to create.

You will also unlock the Aftershock ability, which mimics Eroll's ground slam, causing delayed AoE damage in a linear pattern and applying Chaos Burn. This attack will give you your first AoE spell in V Rising and can be very useful for clearing out packs of weaker mobs. The delay means enemies have a chance to move out of it, but the damage over time from the Chaos Burn is very nice for maintaining damage on bosses. While not one of the strongest abilities in the game, Aftershock provides you with a nice option depending on the encounter. Replacing your base Counter with it will result in higher DPS.