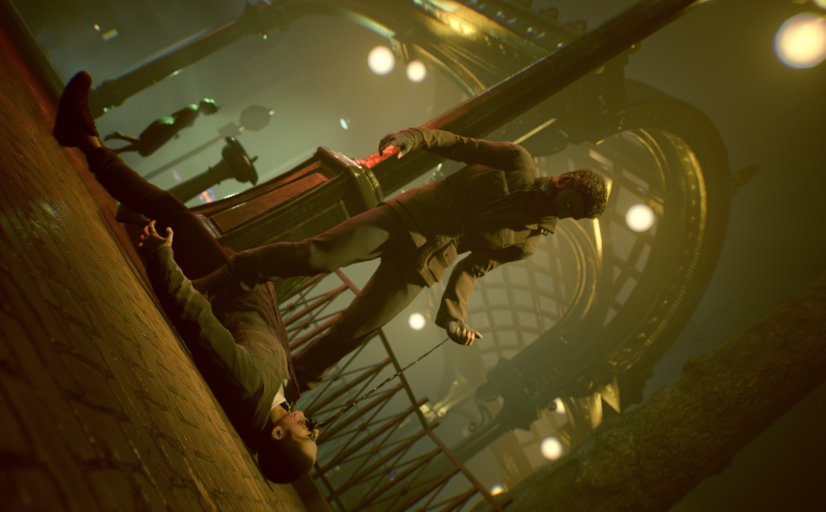 “Every quest is a mystery to be unravelled”

In the full game, I could go see what the other factions are offering – and can choose depending on where my morals lie. I’m struck by how much I like the writing – it’s dark and dramatic but it’s also quite funny. There’s a lot of range on the table here, I hope it’s fully explored in the game. This is helped by the fantastic facial animations and detail on the speaking characters.

I found myself laughing quite a lot during my playthrough – perhaps it was the sense of fear I had being in a room with such talented writers I admire… as well as Cara Ellison and Brian Mitsoda, Mike Laidlaw of Dragon Age fame was sitting in on my session as I haplessly made foolish decisions and fucked everything up – but that’s not to say I didn’t enjoy myself.

After scaling some buildings, picking locks and sneaking around – I got to choose a magic style – and I instantly leapt at the chance to rep some blood magic.

I watched as without warning the person playing the demo boiled someone’s blood from the inside until they exploded… I giggled but behind the eyes, it was all pure shock and “what the f**k?!” – such a wild addition to the game, the second blood magic skill brought spikes of red pain from the floor, impaling enemies. 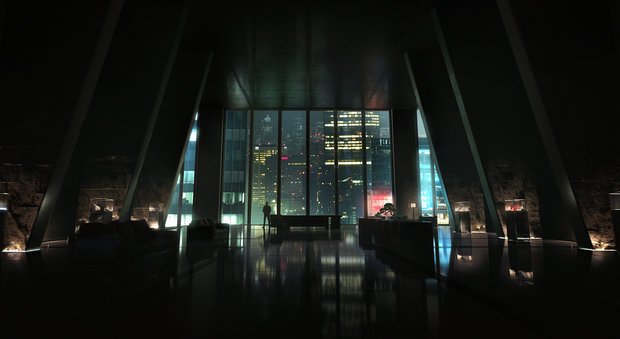 There are heightened senses in Bloodlines 2 – you can smell fear pain and desire in someone’s blood via their emotional resonance, which you can collect and turn into clots that allow you to further modify your character. Of course, there were plenty of routes around this compound that would depend on the character style I chose. Once I inevitably fell into battle I was introduced to the combat system, which feels incredibly satisfying. The clunk of the bat as enemies ragdolled into walls – it looked incredibly haptic and fun, evocative of the best modern immersive sims.

Third person animations were there to mix up the combat with scripted little sequences – I don’t think they worked very well and often exposed some problems with pathing and dodgy geometry. Sometimes we’d end up kicking a wall or flitting between spaces due to the scripted sequence. They’re acrobatic and look fun, but it undermined the rest of the combat.

As we walked through the apex of The Jungle I took in the environment a bit more – the detail is really stunning, from the reflective mud to the tattered tents and scrawled graffiti. Alas, I still kept making all the wrong choices, devolving each flashpoint into violence, but again, that doesn’t mean I didn’t enjoy myself! There are plenty of reactive choices within conversations where you can dwell on certain aspects of the situation – kind of like how Cyberpunk 2077 also approaches dialogue. Coercion or Negotiation for me ended in the tears, but it doesn’t have to be that way for you too! Every quest is a mystery to be unravelled in Bloodlines 2. 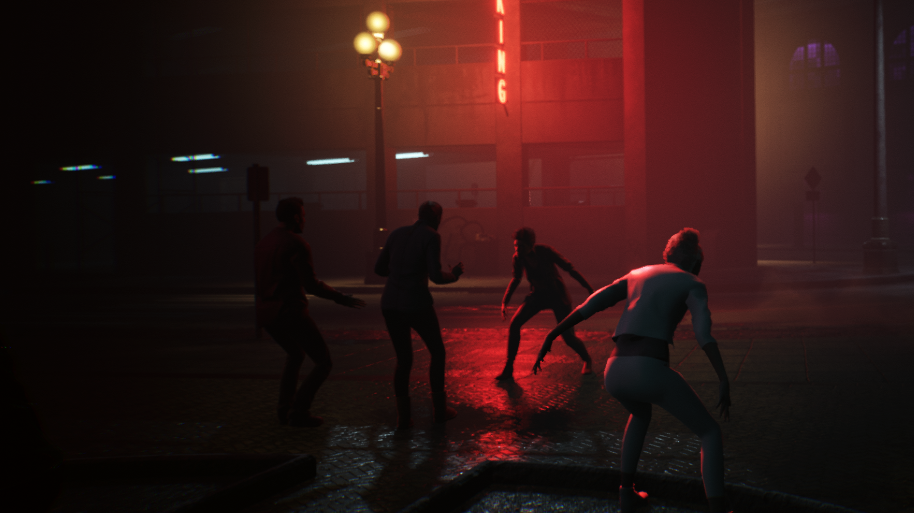 After my demo wrapped up I had some time to speak to Brian Mitsoda and Cara Ellison about my session with the game – which will hopefully help you understand the makeup of this murky world veiled in darkness.

Of course, my first question was about romance options – Mitsoda told me that they do have a “seduction skill.” Vampires use seduction to get blood rather than it being about lust, apparently – but players will be able to use seduction to “get in good with some people.” It’s always a case of “what am I gonna get out of this,” according to Mitsoda.

I then moved on to my own decisions, I wondered if it’s actually easier to get ahead by being evil in this game. Mitsoda tells me “you can’t be dumb evil, you have to be a pretty smart, manipulative kind of evil… it’s not about being a hero. It’s about learning how a vampire thinks.” 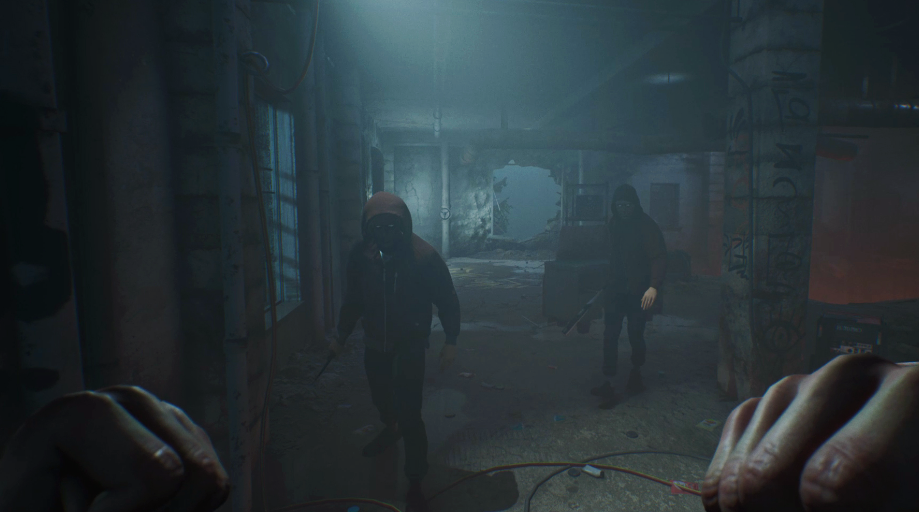 Alluding to my mistakes with the faction I scorned during my playthrough, Mitsoda told me that I’d made things difficult with that particular sect but could pick up with others in their stead. He made note that you won’t ”see their perspective” rather than focusing on pure tangible resource benefits, a point which intrigued me.

The team clearly want players to find their tribe of vampires and align with them to progress through the game – but the onus is that perhaps some sects will be something you’re interested in, but your decisions might mean you don’t hear their side of the story!

The game also wants to let you customise your vampire to your hearts content – you have a skill sheet and can pick your preferred pronouns (awesome!) and your background – were you a cop or a street urchin before the embrace? Ellison cut in to tell me that you could be a barista, which Mitsoda joked was the “default class in Seattle,” the home of Starbucks. 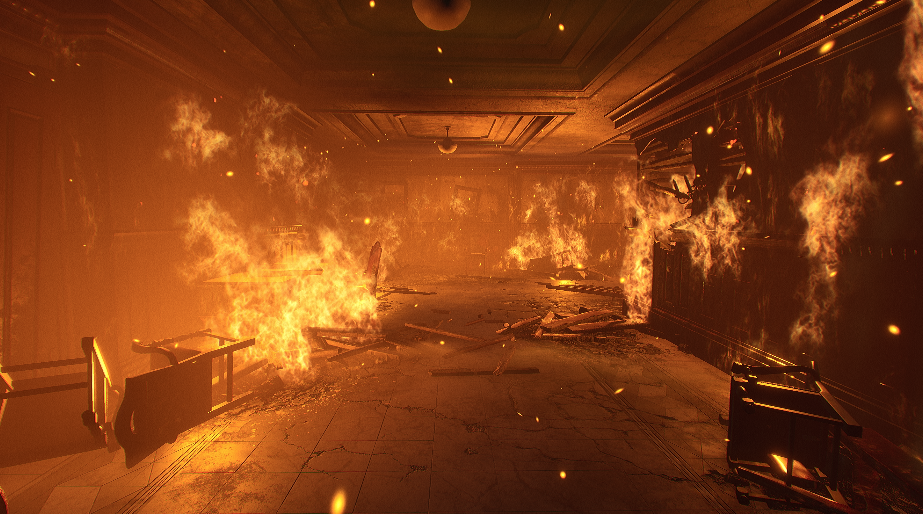 One thing that really twigged my imagination in the game was how rich and ambient the world felt. There is no day and night cycle – its up to you to find time to sleep, and you can explore to your hearts content and ignore the main missions if you like. Ellison chimes in to tell me about the other thinbloods that she’s been writing that are having a worse time than the player-character – there’s stories and issues embedded in the world that the player can find “with a little bit of detective work.”

One example was a guy who has a wife and child and doesnt want to drink blood but they have to – their life forces them to “violate the masquerade,” and so, Ellison says “you can choose to help them if you want to or turn them into the vampire authorities.”

Mitsoda told me that he was inspired by TV shows like Mad Men, Breaking Bad and Hannibal when writing the game – especially in regards to character interaction. Ellison pointed out The Americans as another inspiration – in that show especially the idea of a “double life during the day” which is analogous to the vampires of Bloodlines 2.

With that – my interview wrapped up and despite how much I wanted to jump back in, I had to head to my next appointment.

Watch out for this fascinating, ambitious game as it approaches its launch in March 2020!