Once Galeb has escaped the clutches of the S.A.D interrogation facility, he is free to explore Stanford’s office. Vampire: The Masquerade – Swansong has been building to its climax with rapid-fire Scenes, and this one is no different – although some of the things you can do and find are heavily dependent on past decisions.

This is Galeb’s last chance to uncover as much dirt on the Second Inquisition, Stanford, and his role in the whole organization. We will not be doing a step-by-step walkthrough of what to do, and where to go as the game is very linear in its progression. We will, however, be covering all the key points and missable items, puzzles, and moments.

How To Uncover Stanford’s Role In The Second Inquisition 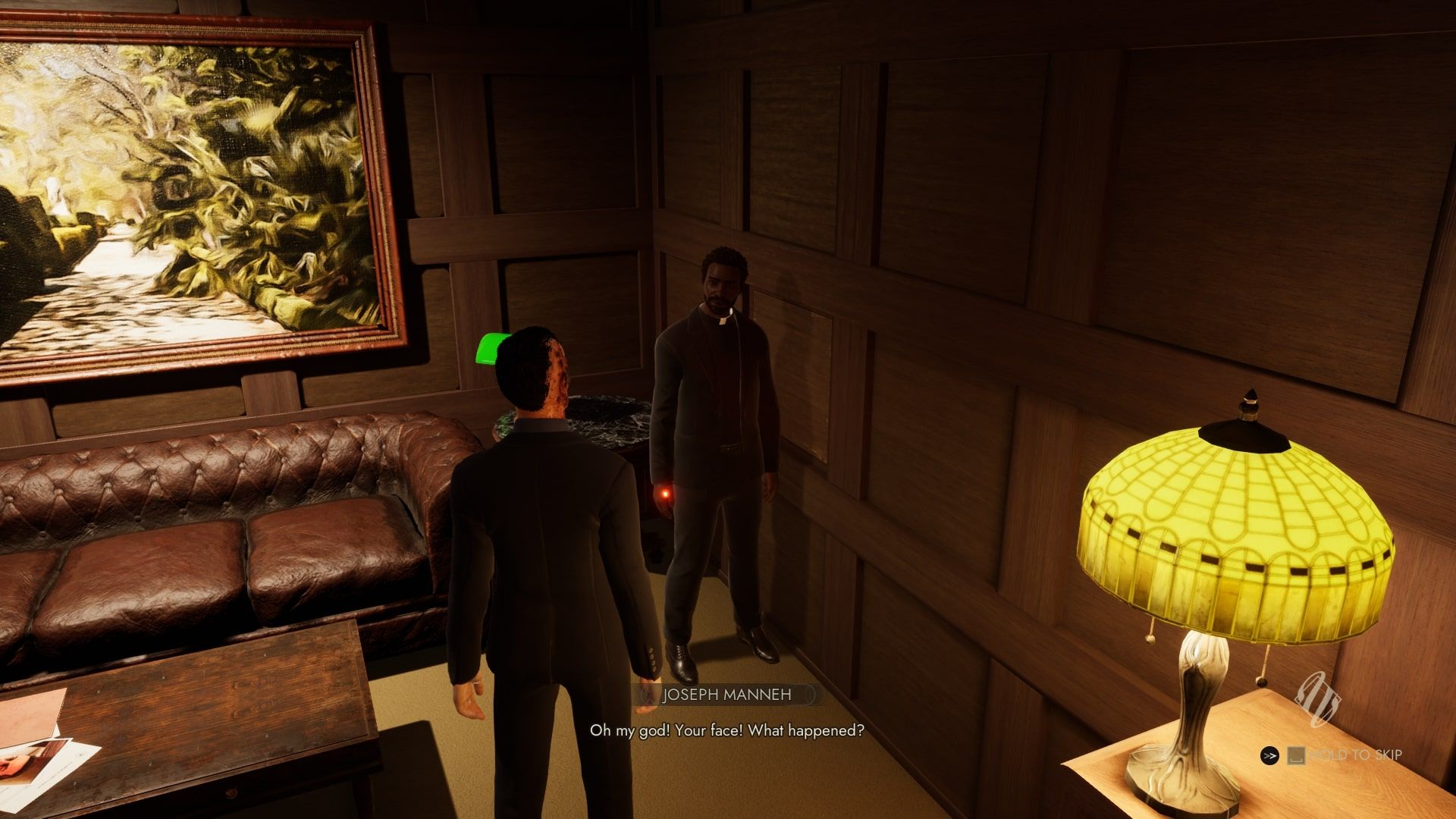 One of the most important pieces of information you can get in this Scene is linked to a character you may have killed in a previous Scene. Of course, we are talking about Joseph Manneh.

If you kept Joseph alive during your first encounter, you will bump into him in Stanford’s Office. He reveals he is trying to escape, and more importantly, that Stanford is much more important to the Second Inquisition than he would like people to know.

He even indicates that without Stanford, the Second Inquisition would not be able to function. This information can be used later in the game.

How To Open Stanford’s Desk 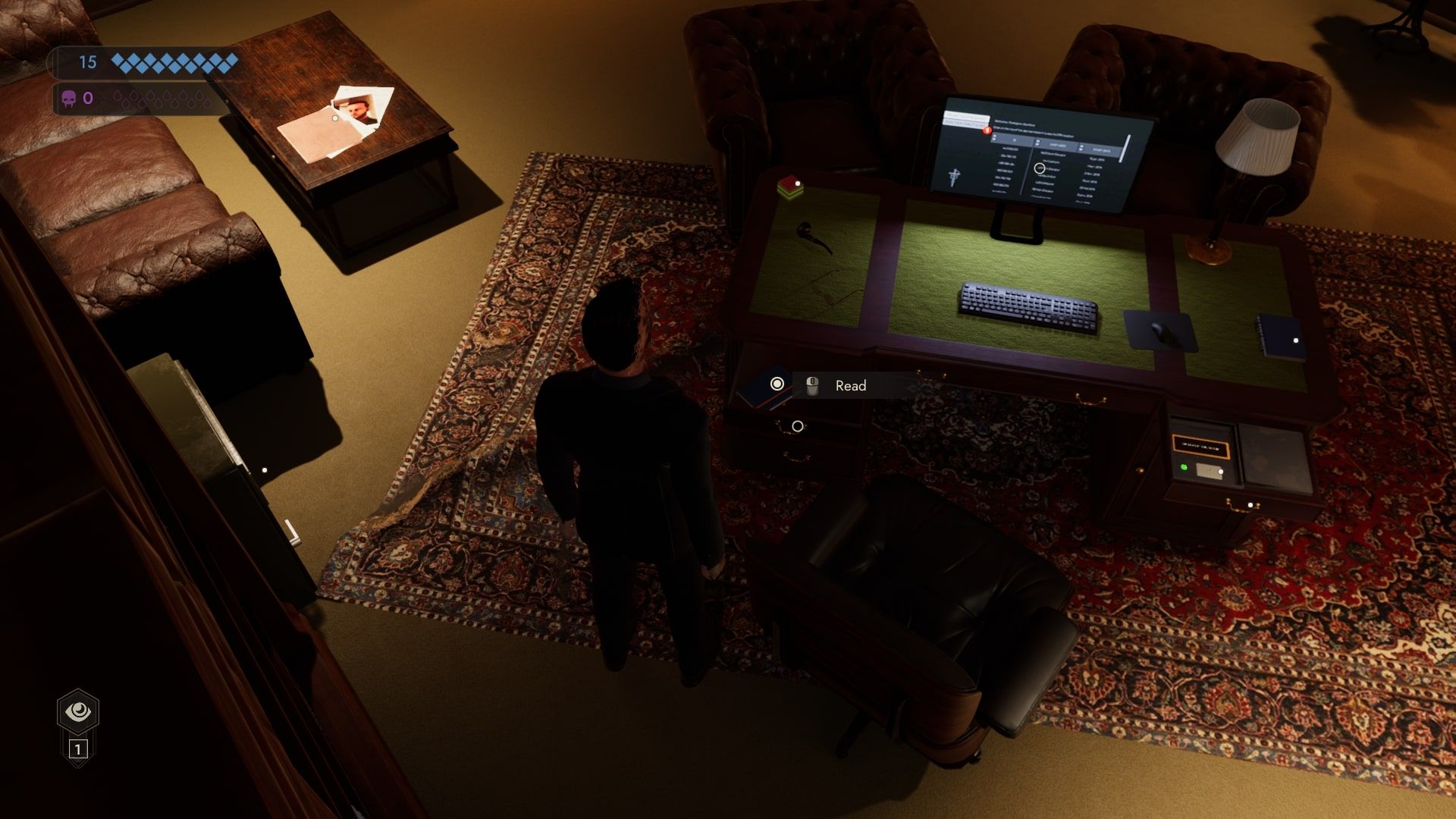 In Stanford’s Office, there is a desk that is locked. It is one of the few locks that cannot be opened using Security or Technology. Galeb will comment that he cannot get it open.

If you interact with it a second time, however, you are given the option to pick the lock with your scalpel. Of course, you would need to have picked up the scalpel much earlier in the game, and managed to keep your red implant during your interrogation.

This locked drawer has information about Stanford not agreeing with every member of the Second Inquisition, and how genocide is not their preferred way to deal with the vampire threat. This is also vital information that can be used later in the game.

How To Open The Observation Room 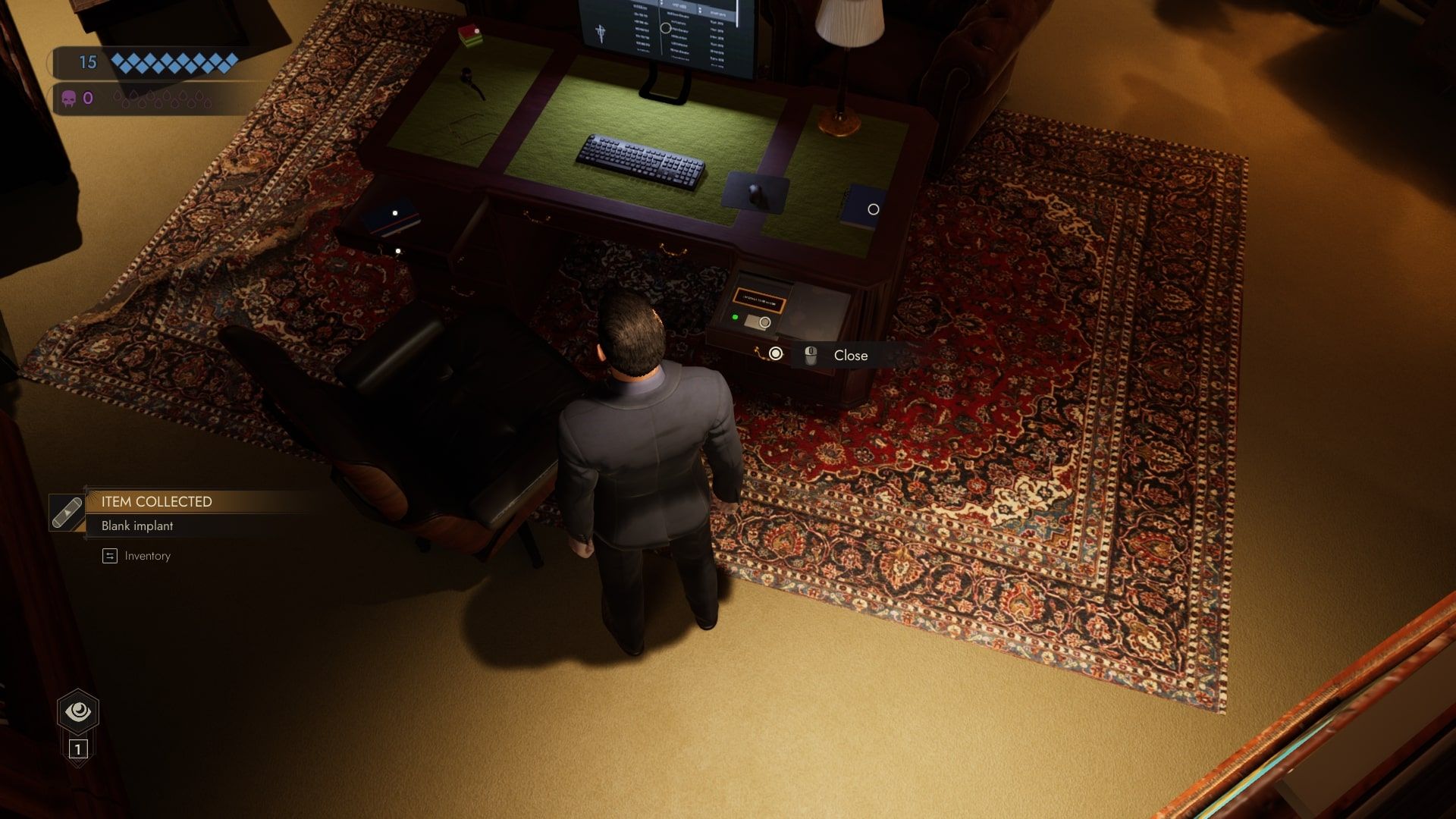 The only locked door in this scene is the door to the Observation Room. To open it, you need to go back to Stanford’s Office and go to his desk. There is a drawer on the right-hand side that can be opened.

Inside this drawer is an implant scanner. If you have your red implant, or, you have created a red implant (see below), then you can scan it to open a secret compartment. Flip the switch that is revealed, and this opens up the Observation Room.

How To Use The Red SD Card 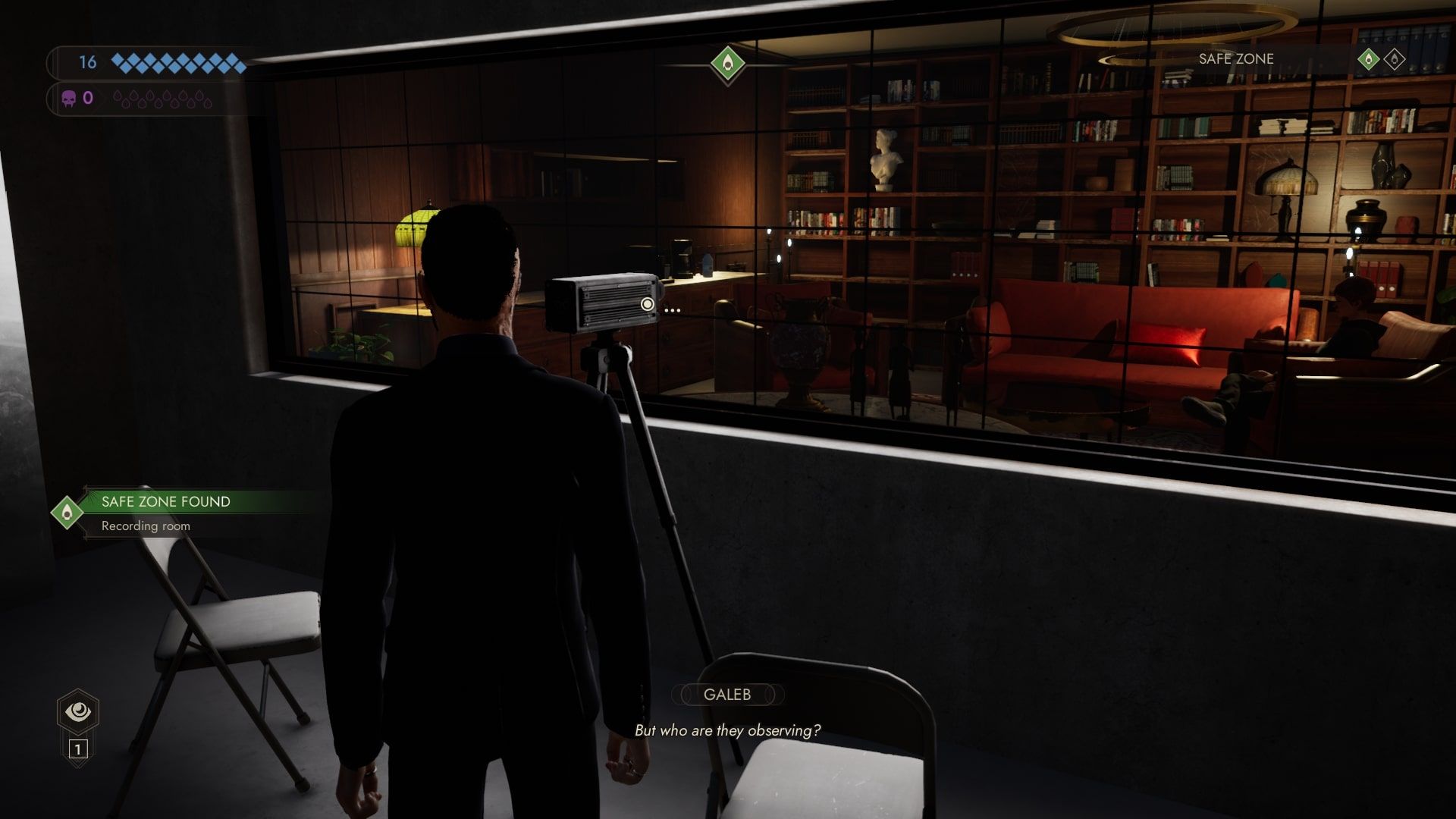 Inside the Observation Room, there is a camera. If you interact with the camera you can retrieve a Red SD Card. You can’t do anything with it if you don’t have the right equipment on you when you access this level.

If you took the voice recorder from Galeb’s previous scene, you can interact with it in your Inventory and listen to a recording between Stanford and Paula – one of the people who is living with Stanford.

How To Open Stanford’s Safe 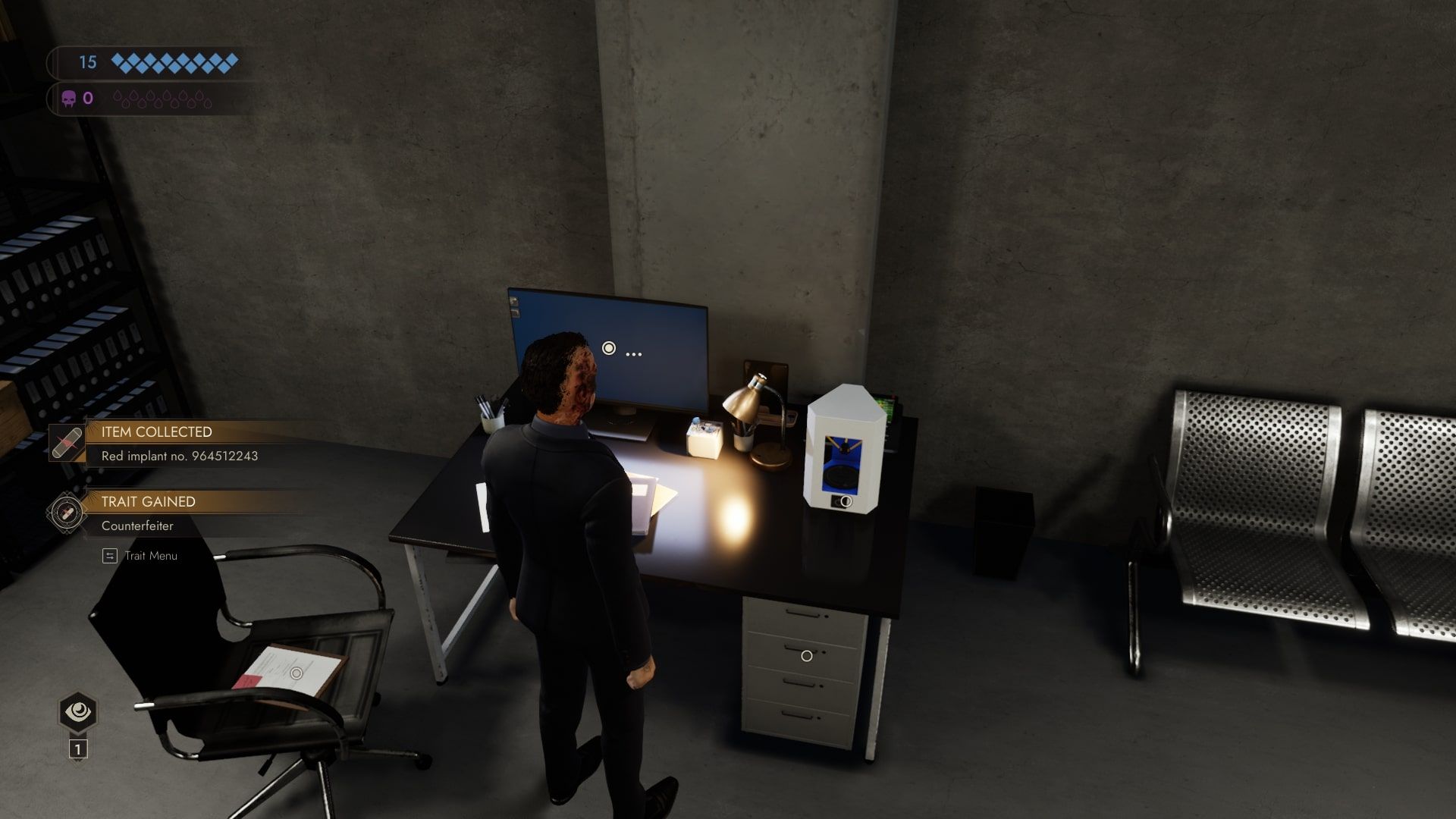 Once here, open the red drawer to the right of the entrance to retrieve the White Implant. Insert this implant into the machine standing next to the PC. Interact with the PC and enter Stanford’s ID number. This can be found in Stanford’s Office by searching his PC.

Take the newly created implant to the update machine at the back of the room, and upgrade your implant. You can now access Stanford’s safe.

How To Win Confrontation With Paula 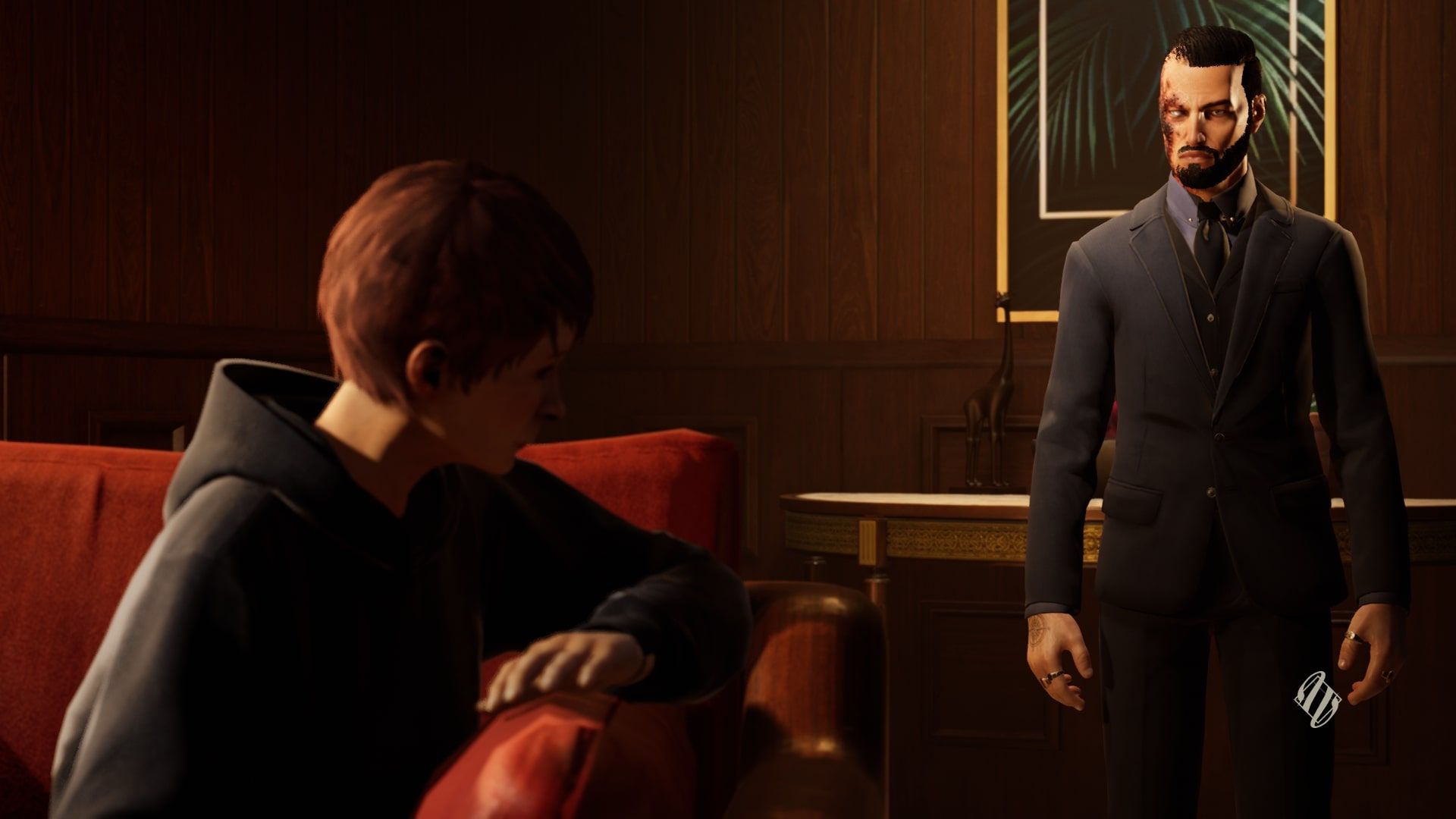 During the Scene, you can bump into Paula. She was once a retainer to an Elder, and she is currently in a form of rehabilitation. If you want to uncover where Stanford is, you will need to win this Confrontation. Thankfully, it isn’t particularly difficult if you have investments in Psychology.

This is one of the few Confrontations that cannot be won without some stat investment.

Once you have finished your conversation with Paula, regardless of how it ended, you get the option to erase her memory or to kill her. This choice has no impact on the story and is purely a roleplaying decision.

Exploring Paula’s apartment before talking to her will reveal some background on her character, which may make killing her less of an attractive offer – even if she overcame your vampiric prowess.