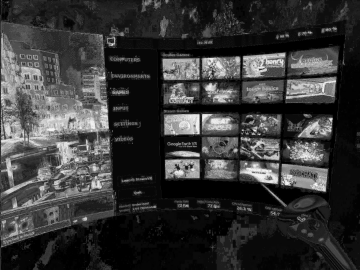 A new beta build of Virtual Desktop adds support for Facebook’s Phase Sync technology, which should help reduce latency for both desktop and PC VR streaming.

Phase Sync is a frame-timing management technology that Facebook first employed in its Oculus PC SDK. Late last year, Facebook brought the technology to its mobile SDK, allowing Quest developers to add support into their apps and potentially dramatically reduce latency on Quest 2, thanks to the headset’s increased GPU and CPU performance compared to the original Quest.

Implementing Phase Sync means that apps “can finish rendering their frames earlier than planned” resulting in so-called “early frames”, which results in an overall reduction of latency.

In the beta build of Virtual Desktop, developer Guy Godin added support for Phase Sync, which should “reduce latency and provide better prediction for desktop and PCVR streaming” and remove the need for an option in Virtual Desktop’s settings.

Godin reminded users on Reddit that the release is still just in beta and is “only released for testing/comparison purposes.” He says that Virtual Desktop users should “stick to the public version if you are happy with it.”

You can switch to the beta release of Virtual Desktop by going to the app’s store or library page on your Oculus mobile app. Scroll down, locate the version number and click on it – here you can select the beta release instead of the live release. You’ll also need to download the beta version of the streaming app, which you can get here.

For more information on how to use Virtual Desktop to stream PC VR content to your Quest, check out our guide. You can also use Facebook’s official solution, Air Link.