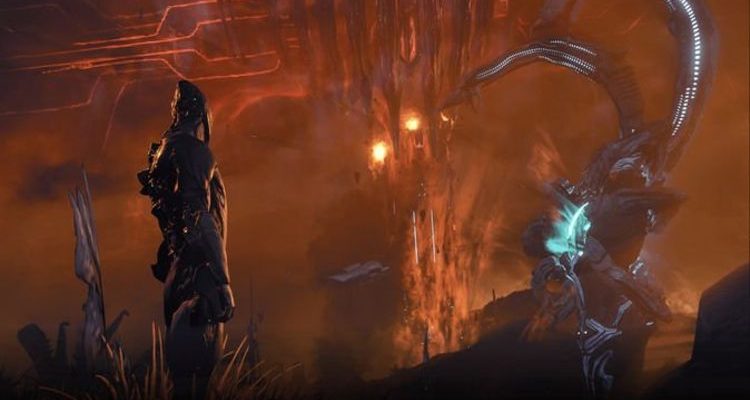 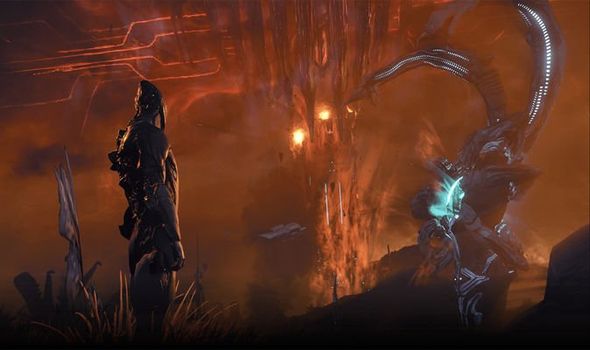 The New War is breaking out later today as part of Digital Extremes’ latest expansion for Warframe.

The Origin System is about to feel the full wrath of the Sentients, a new threat that will emerge from the shadows in less than 24-hours time.

Digital Extremes is billing this as a free update that has something for everyone, meaning both new players and old can find something to enjoy in what’s about to happen.

As usual, Warframe gamers will need to check what they need to achieve in the game before they can start playing through the new content.

Gamers will need to make sure they own both a Railjack, an Orokin-era warship, and Necramech, a powerful, heavy-armoured Entrati war machine, before they can start exploring the New War.

This will mean repairing the Railjack parts found in the Rising Tide Quest to unlock a new ship and removing the infestation found at the Heart of Deimos, which will lead you to scoring a Necramech.

The Warframe support team has also confirmed that returning fans will need to complete the Chimera Prologue and the Erra and The Maker quests.

Having completed all the other requirements, you’ll be able to unlock new vehicles, quests and the Caliban Warframe.

A message from Digital Extremes teases: “Fight on the frontlines in every corner of the Origin System in a thrilling storyline of exploration and discovery.

“Unite opposing forces and test your mettle against the full mustered force of the Sentients, a legion of adaptable, self-replicating drones capable of untold destruction. You must stop them, Tenno, and reckon with the Lotus, or all you have fought to protect will fall to ruin.

“With several new playable characters, a new Warframe, a dramatic cinematic Quest, and an Arsenal reinforced with new Customizations, Weapons and Accessories, get ready to wield limitless power to look and play the way you want in this all-out-war.”

WHEN DOES THE NEW WAR COME OUT?

Digital Extremes has confirmed that the Warframe New War expansion will be released on Wednesday, December 15.

This should be a unified launch, meaning that everyone will get access to the New War update before the end of the day.

Delays are always possible and there is a chance that some platforms will receive the update before others.

Based on previous launches, we would expect the Warframe New War DLC to be playable in the UK by 7pm GMT.

More could be shared regarding the official during launch days, or within the coming hours.