Warhammer 40,000: Chaos Gate – Daemonhunters not only has the longest title out of any game I’ve ever played, but it was also a real surprise when I played it earlier this year. The XCOM-like turn-based tactics game seemingly appeared out of nowhere and plunged you into the heart of the Grey Knights’ war against Nurgle. The Duty Eternal DLC extends that already-lengthy name, but makes some worthwhile additions to the base game in the process.

The stars of Duty Eternal are the Venerable Dreadnoughts. Grey Knights entombed in lumbering mechs upon their death, kept alive by a life support system that doubles as two-legged artillery, you’ll quickly make space for a Dreadnought in your strike team. First, you need to investigate the Technophage plague and recover some Archeotech for Tech-Priest Lunette to study.

This is where the difficulty starts spiking. You can start the DLC missions halfway through a game or after you’ve finished, and they’ll test you either way. Plague Marines outnumber Poxwalkers and new bosses test your tactical nous more than any other part of the game. Adding a Dreadnought to your team is not equivalent to an easy mode, however. 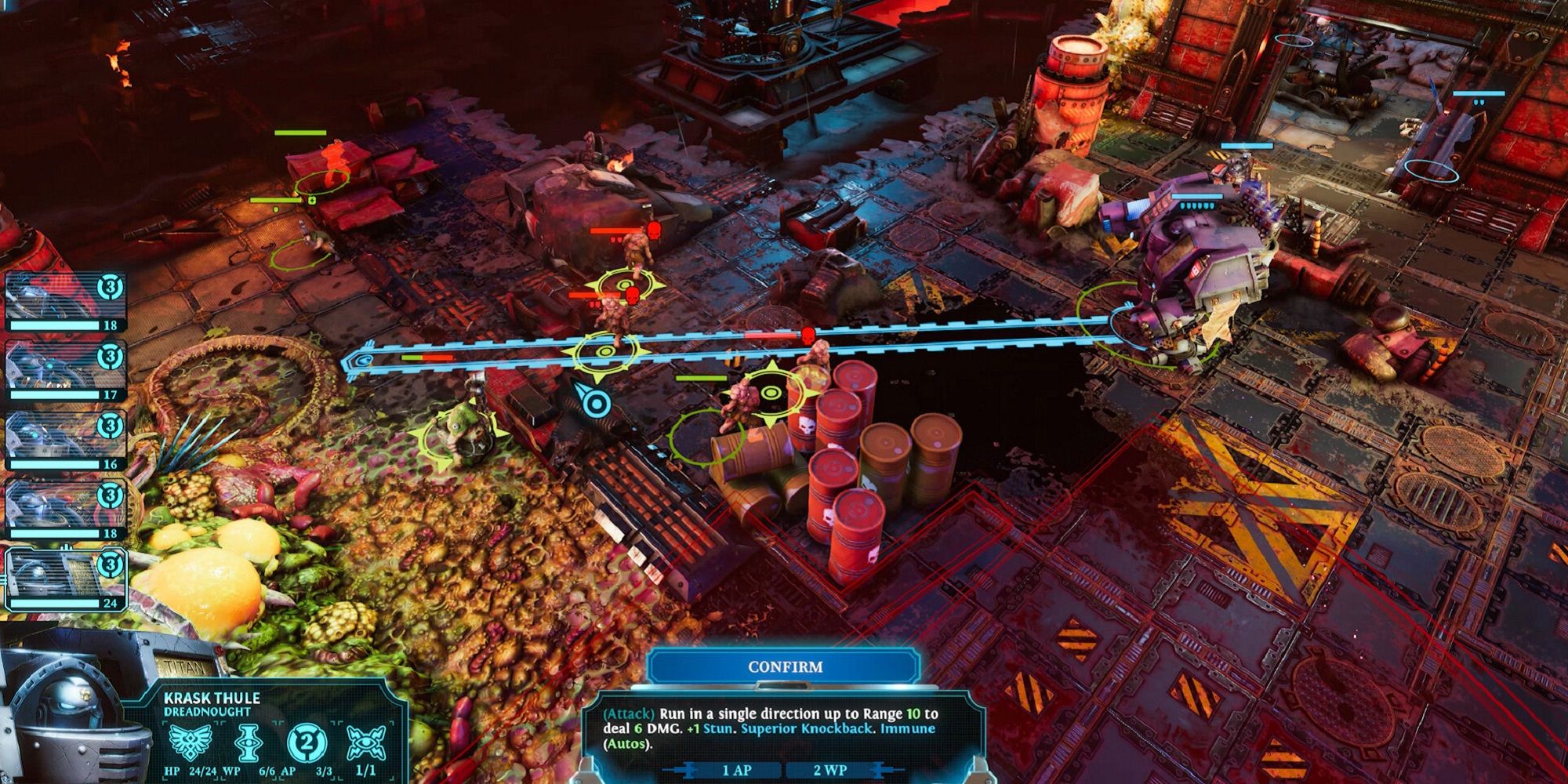 The mechanical monstrosities might seem overpowered, but your foes have plenty of counters for your new toys. Technophage Elite are specifically designed to take down mechs, and their anti-armour equipment pierces armour with ease, making them an instant threat to your Dreadnought, its protective Techmarine, and the horde of Servitors you’ve brought to your mission. There are ways to fight back of course, but don’t think that just because you’ve got a Dreadnought on your side, you’ll be running through levels and sending Papa Nurgle packing.

Dreadnoughts and Techmarines can both be upgraded in a similar fashion to your regular Grey Knights. There are varied and interesting upgrades to each, and seven different weapons available for the big boy. I was particularly partial to the flamer, but you can really mould the Dreadnought to fit your playstyle and squad. The Techmarine also has access to battle servitors, which keep your Dread in the fight and offer a veritable threat of their own. 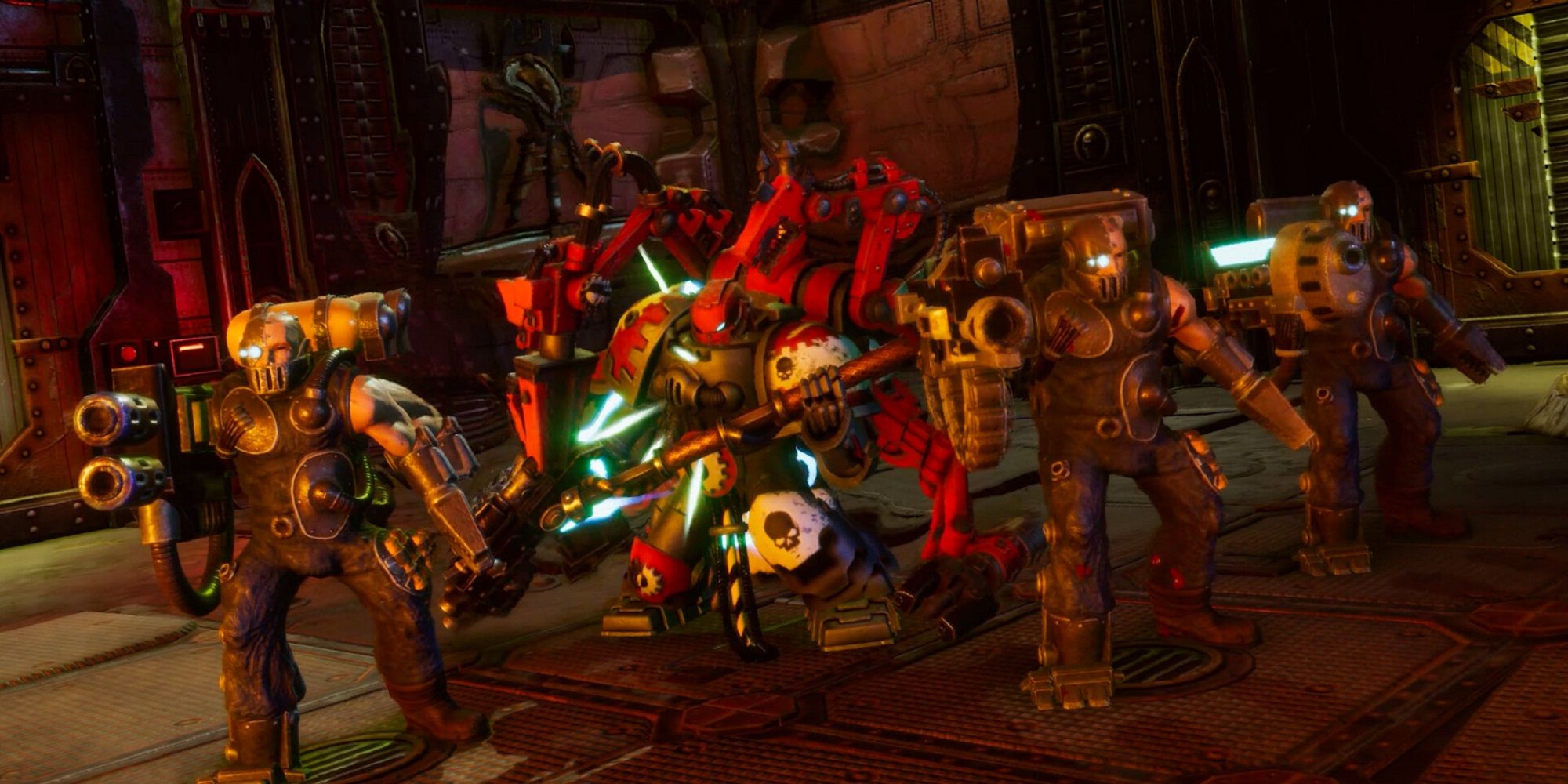 It’s at this point I should add a little disclaimer: I’m a tech-head. Back when I played the tabletop game, my Space Marine chapter of choice was Iron Hands, and I often ran an all-Dreadnought list with as many converted mechs as I could muster. Then I turned my hand to a Dark Mechanicus force. What I’m saying is, this expansion was practically made for me. Put a Dreadnought in anything and I’ll give it a look, be it a dating sim or a torturous escape room in Siberia. Put it in a game I already enjoyed, and I’m starting a fresh save to experience it all over again – this time with attitude. By ‘attitude’ I mean Dreadnoughts, if that wasn’t obvious.

I won’t spoil the new gribblies or take you on a walkthrough of the missions, but Duty Eternal takes Chaos Gate – Daemonhunters to the next level. There are more systems to interact with, more (and varied) missions to undertake, more units to unlock, and more enemies to face. Unlike the daemons you so readily cleave, it never feels bloated, even when played alongside an existing save rather than after completing the initial campaign. Duty Eternal is a worthwhile and iterative expansion for Daemonhunters, and if you liked the base game, it’s hard to imagine you won’t love this.