Warhammer 40,000: Darktide puts you in your place immediately. While you choose the specifics of your character’s backstory, you’re always an outcast, a dissenter, or a convict. I’m an Ogryn farmer conscripted to join the Emperor’s eternal war, before being unjustly jailed for dissent. I added some headcanon of my own, but you don’t need the details: Darktide tells you that life isn’t fair from minute one, and it doesn’t stop there.

After the prison ship transporting you is boarded by heretics and you save the life of your superior, you’re enlisted to scourge a demonic incursion on Atoma Prime. As you descend to the bowels of the Hive City Tertium, you understand that you aren't a cog in the machine, you’re a speck of dirt on that cog’s chipped teeth.

Everything in Tertium is covered in layers of grime, and that’s before you start spraying viscera and mucus all over the walls. As I played through the early missions, getting to grips with the fact that this isn’t a shooting game, actually, I couldn’t help but get sidetracked. Luckily the difficulty is dialled right down at the start, so my teammates coped just fine, because I kept getting sidetracked, exploring dead ends crammed full of hissing pipes and peering at dim screens in eerie control rooms. 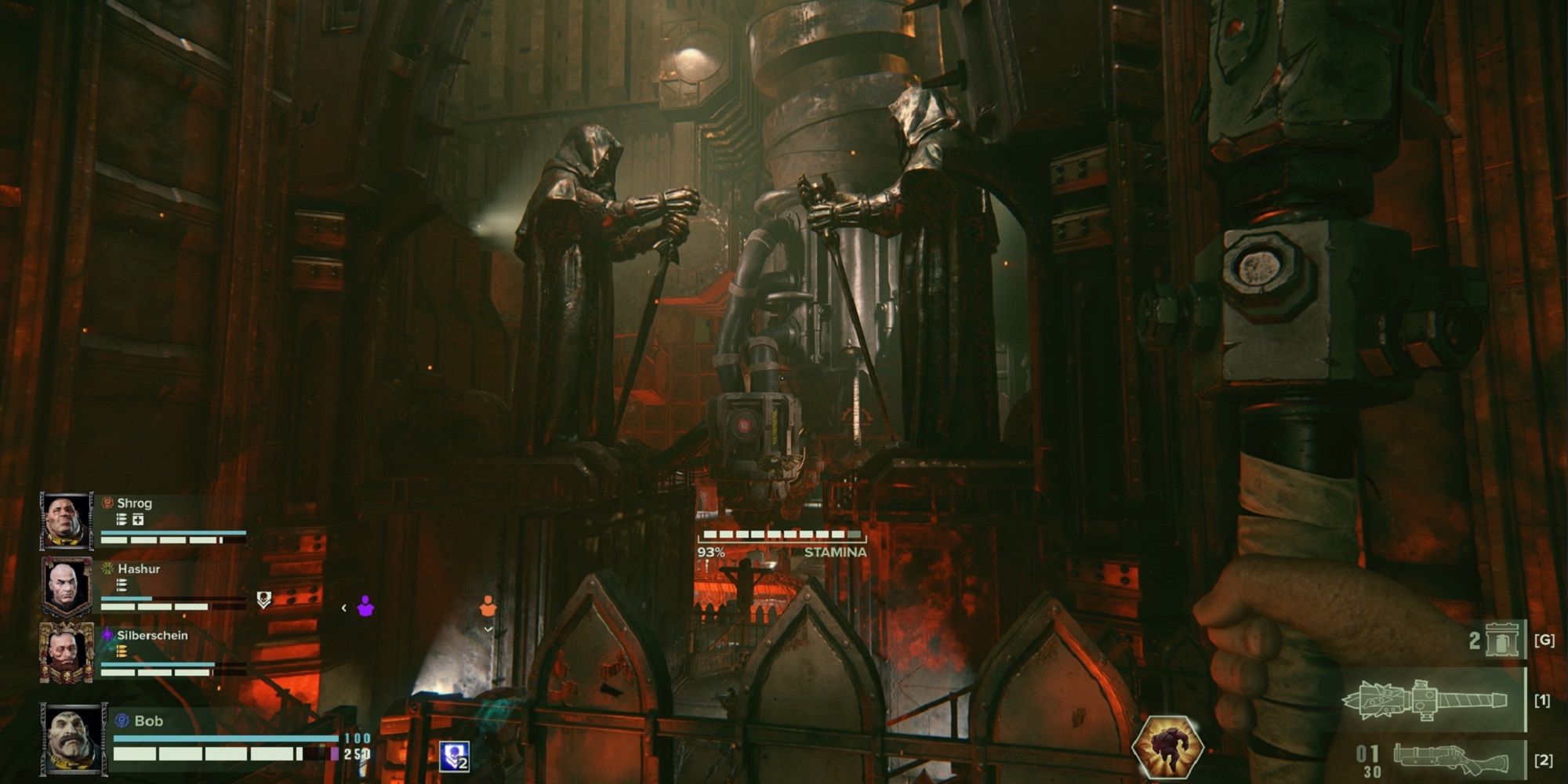 I admire the ornate, gilded statues that stand guard over Tertium’s long-abandoned bazaar as I crack the skull of another Poxwalker. I can’t help but gaze at the great servo-enhanced skull, the symbol of the Mechanicum, which dutifully hangs on the doors of the foundry, as a Pox Hound devours my party’s Zealot. I’ll save her later. I’ve spotted another grim alley to explore.

The detail is even more abundant aboard the warship that serves as your mission hub, or perhaps I just have more time to admire it as the Mourningstar isn’t under siege like the planet below. More of the golden statues dwarf even the most muscular Ogryn as I walk beneath them, forever in their shadow as I am the Emperor’s. The scale of the country-sized spacecraft is put into perspective when you gaze out of the huge windows at Atoma Prime and the galaxy beyond it, framed in ornate, gothic details more befitting a cathedral than a warship. 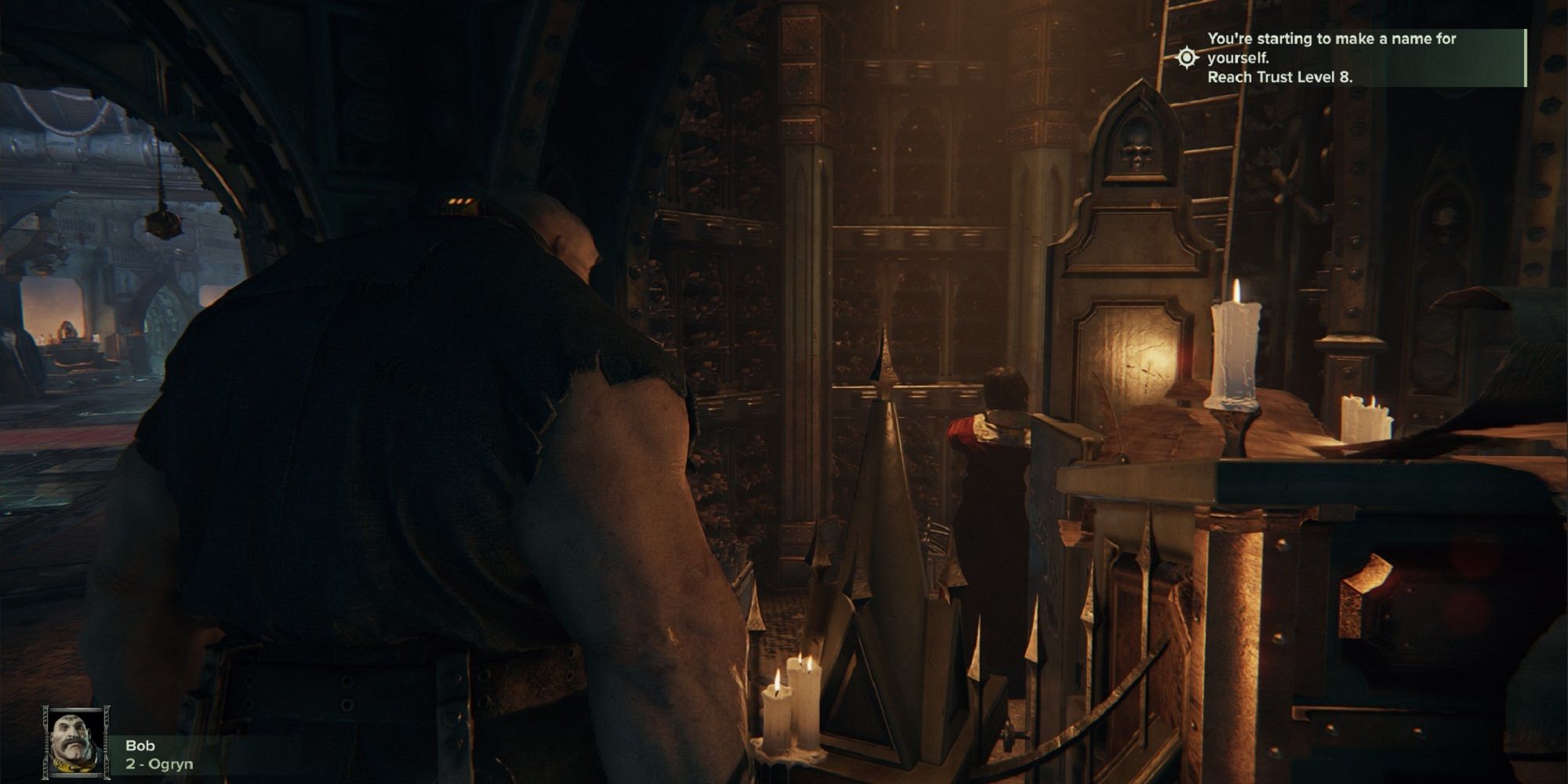 But it’s the opposite end of the scale that draws me in deepest. Every corner, every nook and cranny is filled with character. Benches are topped with candles and alcoves are manned by large books, presumably Holy, and of course, skulls and Imperial insignia are stamped on every surface.

There are shipworkers, too, more than the necessary NPCs who sell you weapons or give you tutorials. A Tech-Priest prowls their workshop, the glow from their biomechanical eyes emanating from the depths of their hood. The benches they work at are littered with tools and screens, each looking purposeful, and surround a neon-lit pit, which teases the larger ship beyond that which we can explore. Even my gargantuan Ogryn body is tiny compared with this mass of metal. 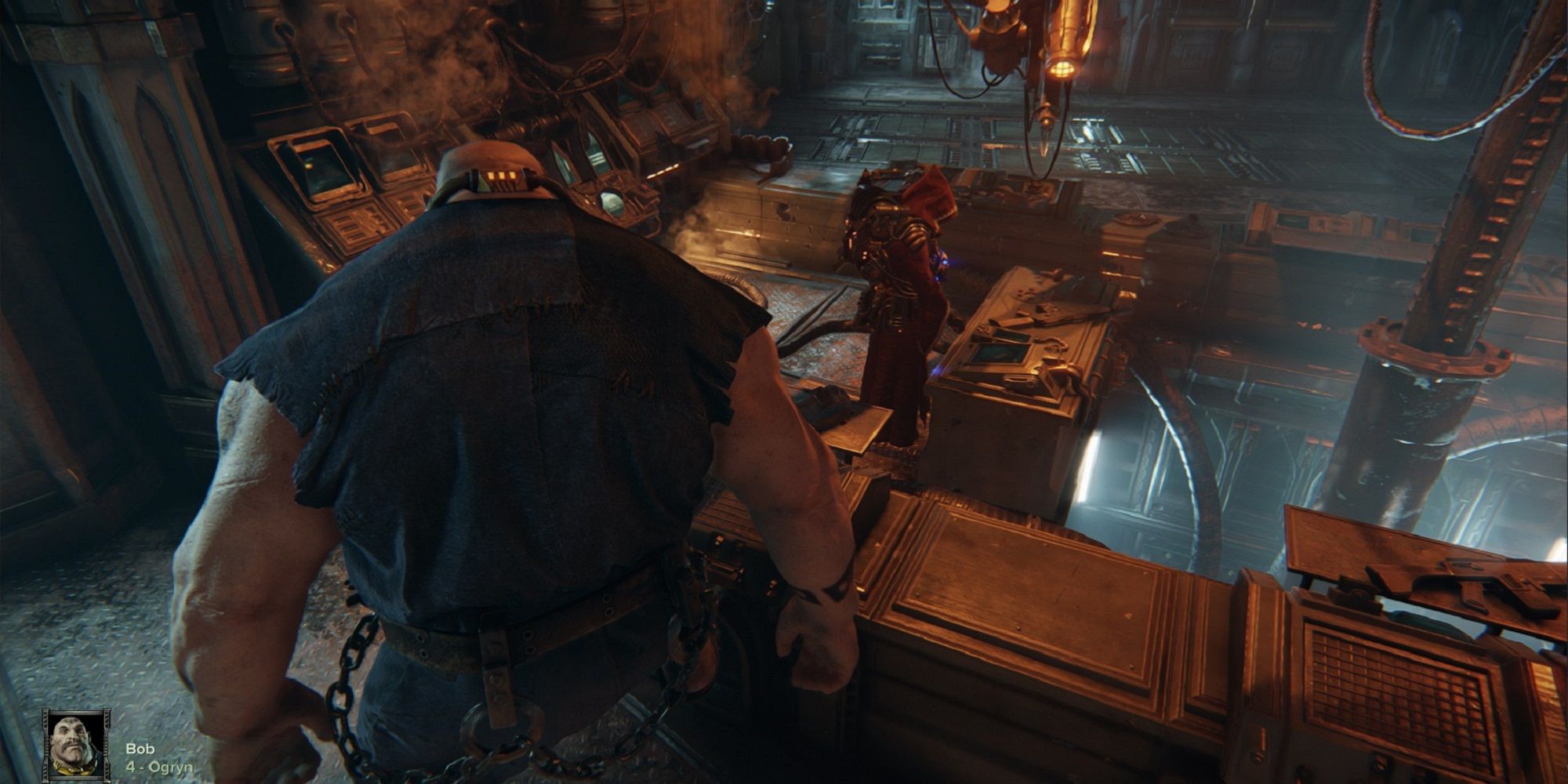 There are small shrines dotted anywhere they can fit, pipes snaking along corridors before gathering in chaotic bundles in corners, like spaghetti thrown onto a factory floor and expected to carry fluids from one end to the other. Even with only a small section to explore, the scale is impressive on both ends of the spectrum, and most of all, this feels like a working ship.

I’d love the Mourningstar to have more prevalent sound design, the kind we’ve seen in Callisto Protocol previews. I love peering into alcoves to find mechanical thingamajigs or religious icons, but I’d love to hear the ship more, too. To feel the hum of the engines, and listen to liquids running through the pipes. This is a miles-long cathedral that can fly through the Warp carrying thousands of troops and twice as many solid gold monuments. I expect it to creak with shaky breaths as it struggles to stay afloat in the atmosphere. 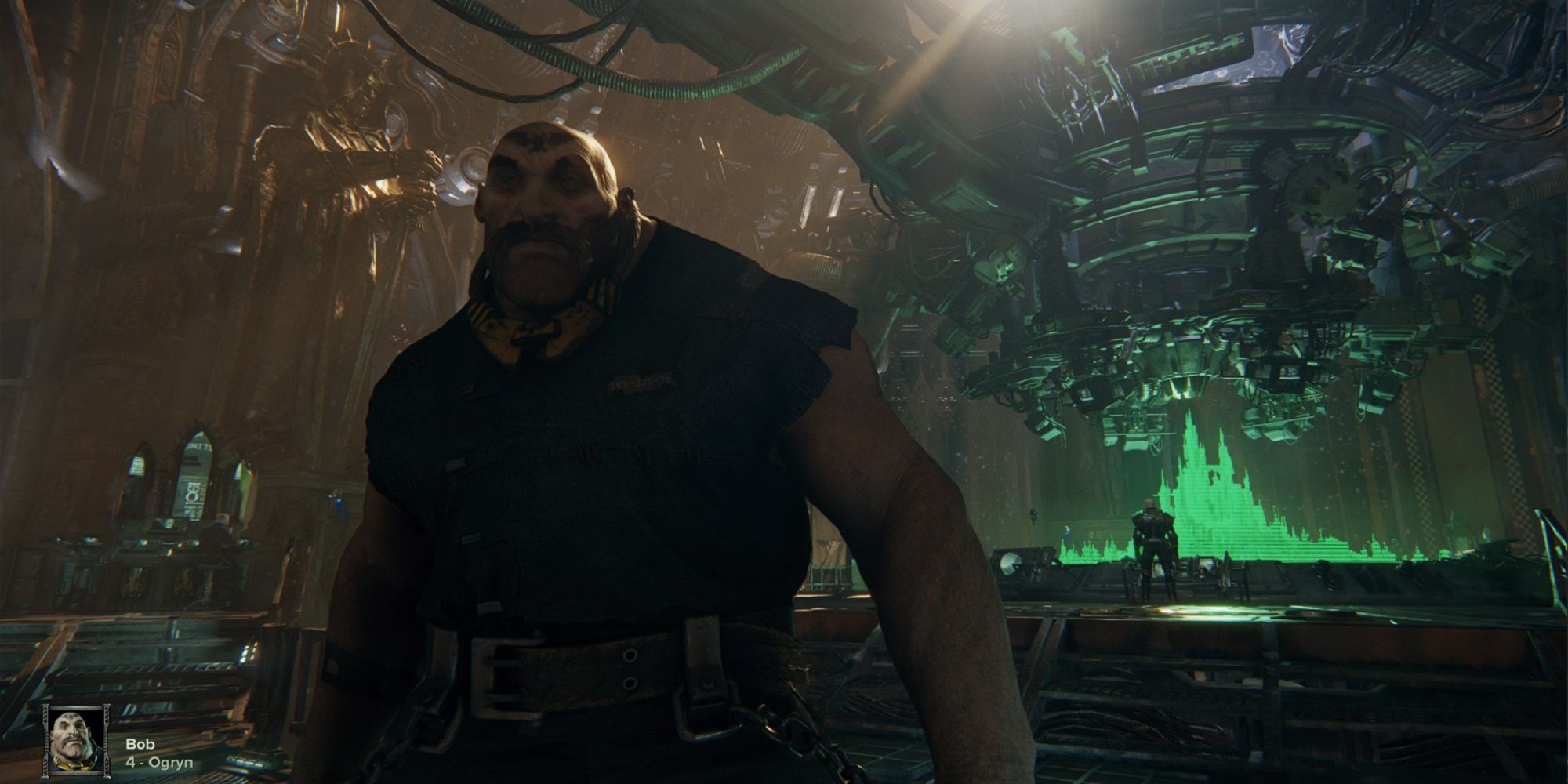 I’m nowhere near far enough in to judge Darktide’s gameplay – plus, it’s still technically in beta and feels as such – but the vibes it pulls off match the grimdark world of the 41st millennium perfectly. Fatshark has thought about every detail, and has pulled off an impressive feat of matching its levels to heights of my imagination. 40k’s novels paint stunning pictures of this universe, pictures that the tabletop game can never come close to – and doesn’t need to, as it offers a completely different experience.

Video games can bridge that gap, providing both a personal experience and placing you in palpable, tangible environments that embody the universe’s horrors. Darktide manages to do just that. I’ve never felt more lowly, more downtrodden, more covered in stubborn fucking grime that wouldn’t wash off if I lay in a bath for a year. The Emperor is looking down on me, as the statues erected in his honour remind me constantly, and therefore the universe is looking down on me. I’m the lowest of the low, but there’s a great view from the bottom.