Video games have been crossing over with mainstream media more and more as of late, and Ubisoft has decided to jump on the trend by including more than just characters from their own franchises in Watch Dogs: Legion. Not only was Ubisoft able to get the famous rapper Stormzy to appear in the game as a character with a dedicated mission, but an entire music video was created in the game for you to enjoy. If you’re a fan of Stormzy, here’s how to see his Rainfall music video inside Watch Dogs: Legion.

Stormzy’s presence is hinted at multiple times in Watch Dogs: Legion as being a supporter of the resistance to Albion. But, before you can actually work with the man himself, you’ll need to make some progress in the main game first. You’ll need to already have made contact with Nowt and 404, plus completed the entire Skye Larson series of missions so that Nowt joins DedSec and sets up shop in the safehouse. 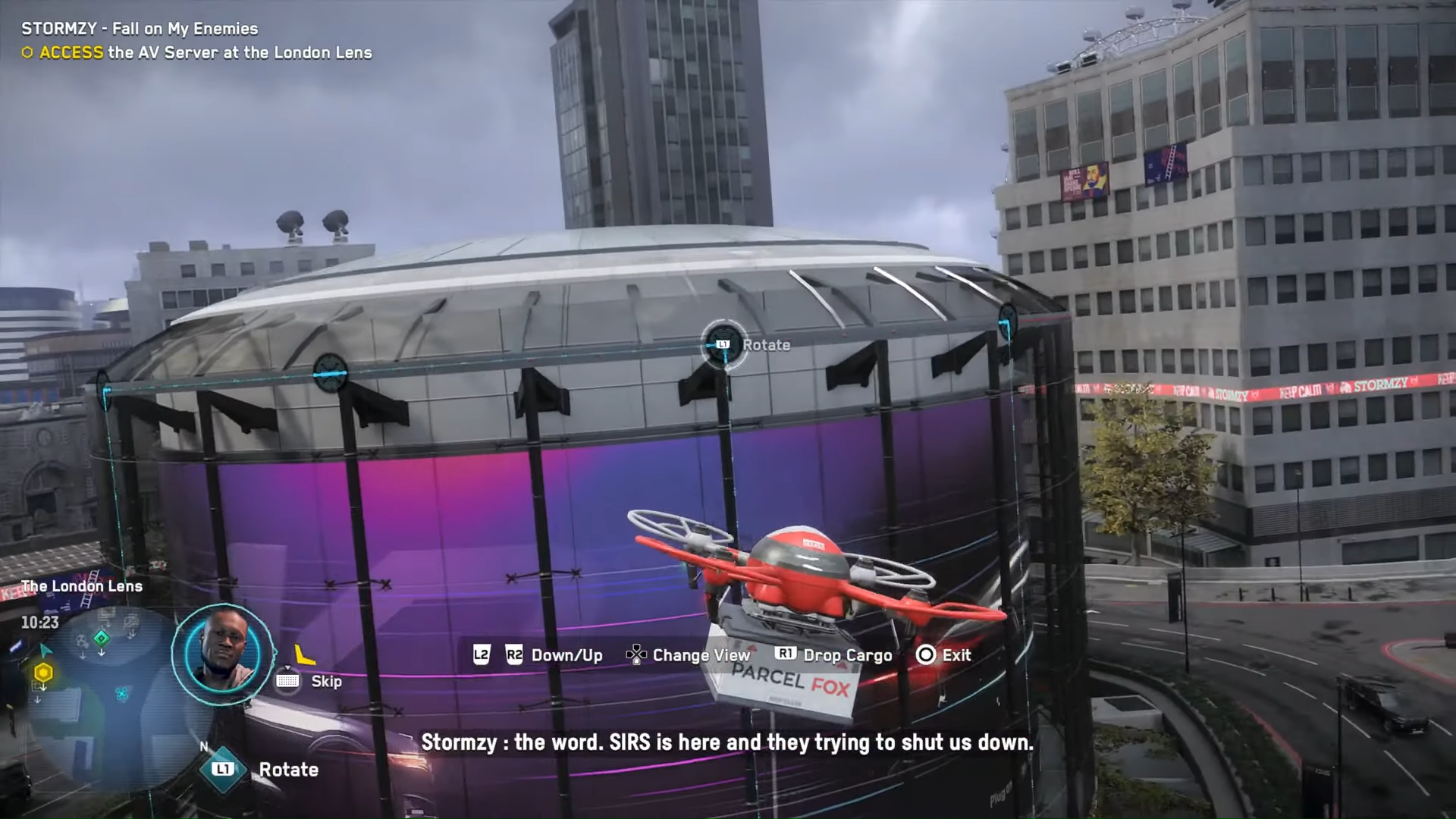 After doing a few missions for Nowt, she will eventually appear with the Stormzy’s Fall on My Enemies mission. Speak to her to learn about this high profile contract and immediately get contacted by Stormzy himself. He’s pissed about SIRS trying to shut him down and needs your help to get his latest video out worldwide.

Your first objective is to access the AV Server at the London Lens, so grab a car and drive to the mission area. You will need to complete a network bypass to unlock the system so use a drone to start connecting the lines on the nearby building while Stormzy hypes up the mission some more. Guide the line all the way around the building, leading it up and down the entire circumference, and don’t forget the final junction just below the server itself.

Access the server itself and an upload will begin. Bagley will also tell you he’s got a new drone for you to test out and you’ll be given control of a very powerful drone. You’re almost immediately assaulted by incoming drones, so use your new firepower to blast them out of the sky. 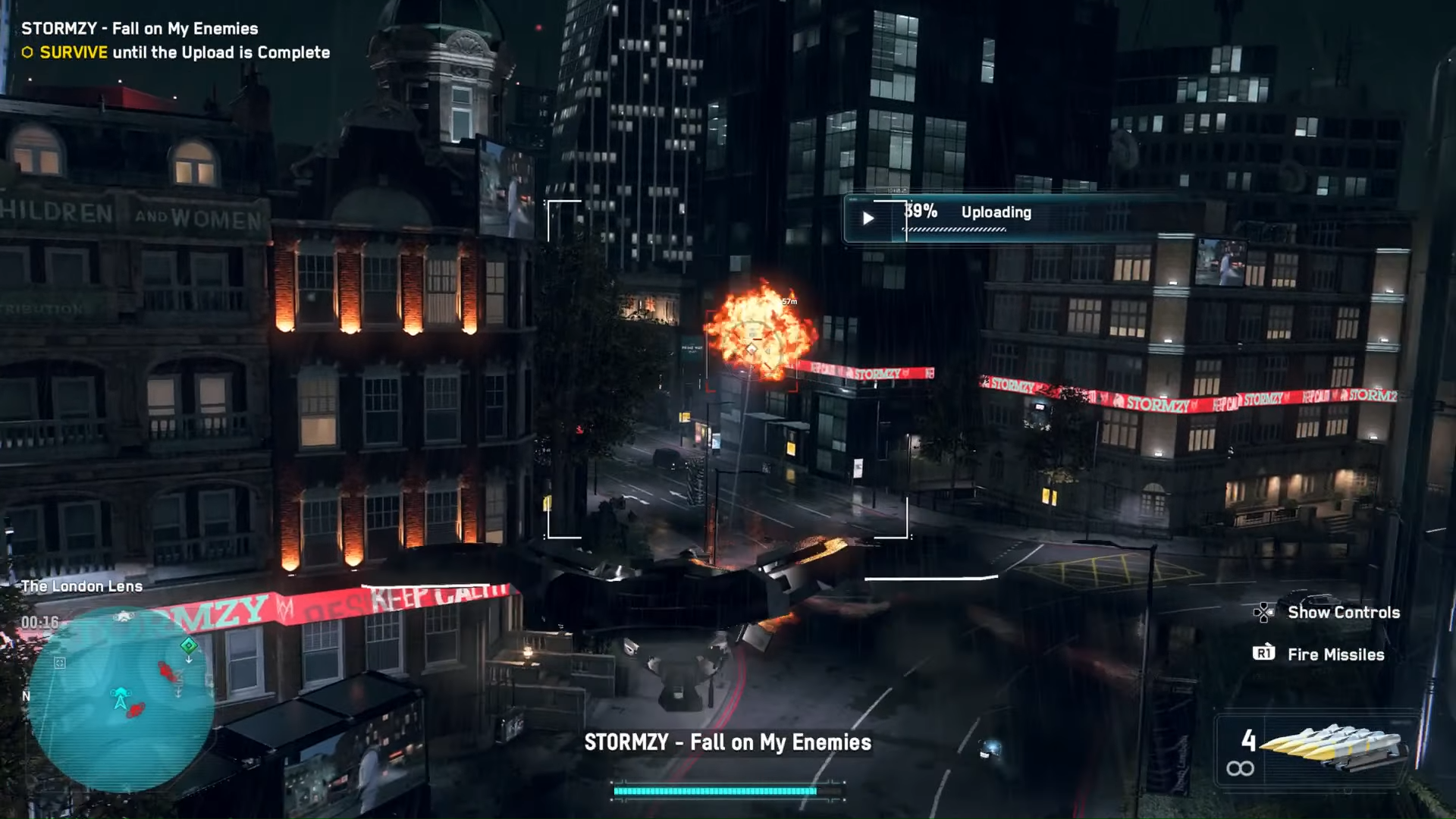 Don’t let the music video distract you too much, and just focus on taking out all the waves of drones until the upload is complete. It will take several minutes, so just keep at it. Once the upload is completed you need to get yourself out of there. Drive off and Stormzy will contact you again, thanking you for your help in getting his video out.

Not only do you get 1,500 ETO for beating the mission, but some new Rainfall clothing items and the music video in a video file to watch whenever you like. The entire music video was shot within Watch Dogs: Legion itself, and is one of the more appropriate crossovers in terms of including a musician into a narrative. It works perfectly with the themes of the game, and won’t distract anyone who isn’t familiar with Stormzy, but is a cool cameo for those in the know. 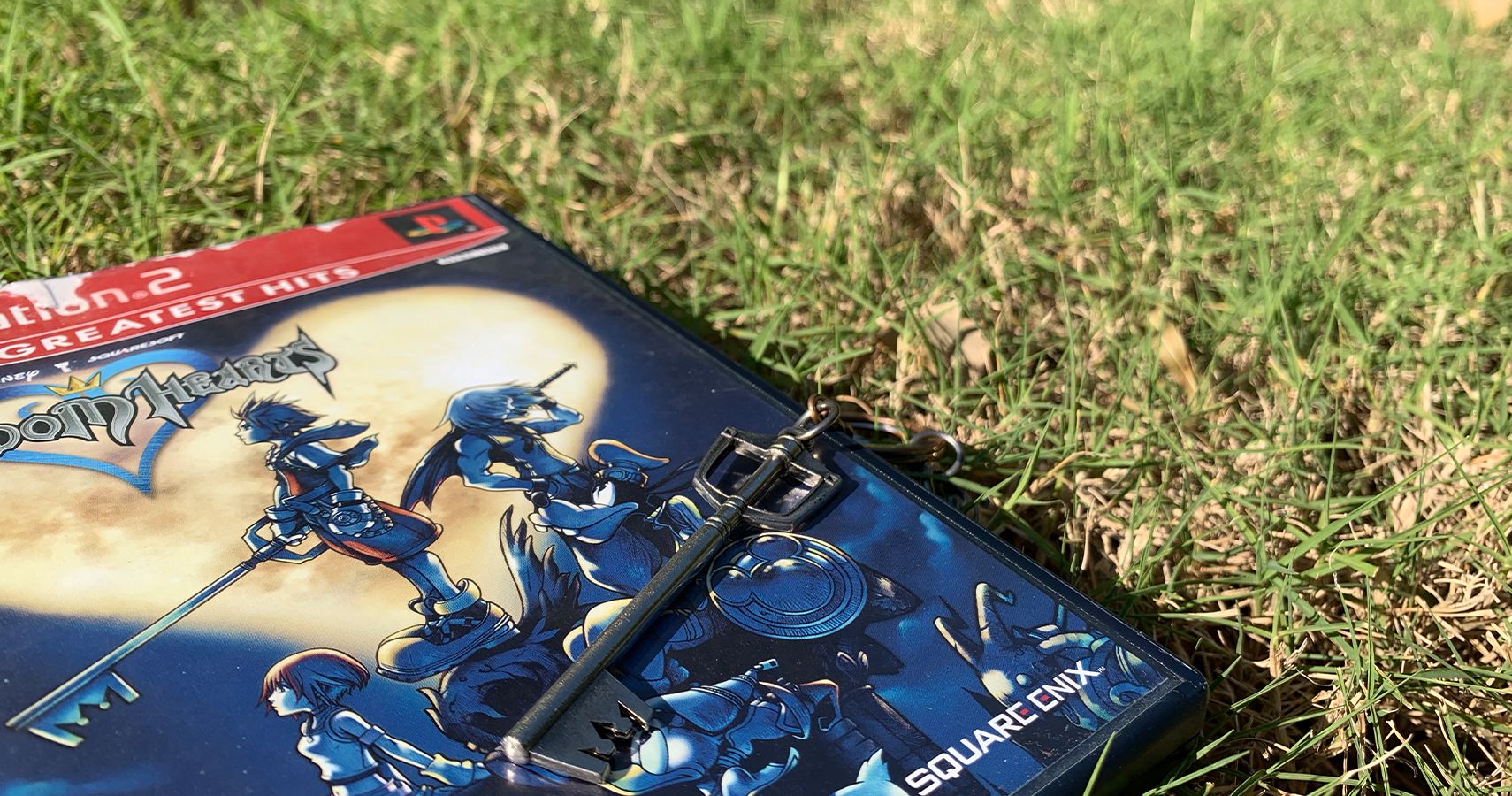