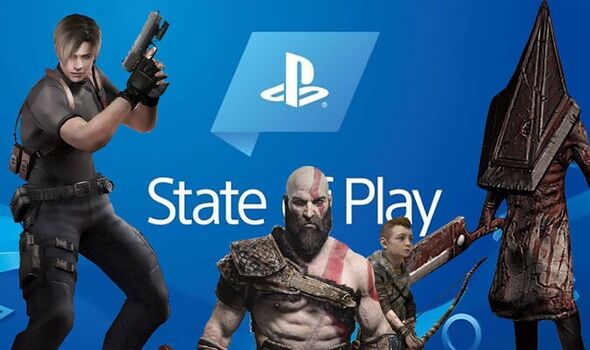 After weeks of rumours, Sony has officially announced plans to hold a State of Play event for September 2022. Broadcasting ahead of this week’s Tokyo Game Show event, Sony’s next State of Play conference takes place at 11pm BST UK time on September 13. According to Sony the State of Play will run for around 20 minutes, and mostly focus on games being developed by Japanese studios.

Sony has also confirmed plans to showcase upcoming PSVR 2 releases, as well as games coming to both PS4 and PS5.

Sony explains more: “For tomorrow’s show, we’ll have some great updates from our amazing Japanese partners, along with a few other surprises from developers all around the world.

“Expect about 20 minutes of reveals, new updates and fresh gameplay footage for 10 games coming to PS5, PS4, and PS VR2.”

In terms of what viewers can expect, the fact that Sony is prioritising Japanese developers has led to speculation that blockbuster titles like God of War Ragnarok won’t appear.

However, Sony has also told viewers to look out for “surprises from developers all around the world”, which means there’s still hope for God of War fans.

You can watch the action unfold live by clicking play on the YouTube embed below.

Elsewhere, one source has suggested that Capcom will appear at the State of Play in order to unveil a Resident Evil 4 Remake demo.

If the report is accurate, there’s a very good chance the Resident Evil 4 Remake demo will drop once the State of Play ends.

Speaking of survival horror remakes, a State of Play seems like the perfect time for Konami to announce a new Silent Hill game.

One leaker with a proven track record has even suggested that Metal Gear Solid is getting a remake. Join Express Online later today for all the news from Sony’s latest State of Play event.