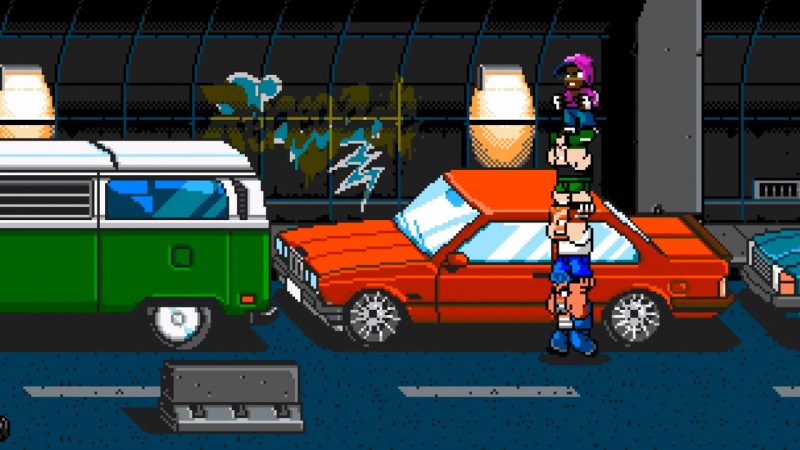 There have been rumors for a few months now about a new title in the River City Ransom series, based off the 1989 Kunio-Kun brawler on the NES. While lots of names were tossed around, Arc System Works seemed to stick more than most, as they are the current owners of the River City/Kunio-Kun license. Instead, it seems that Arc System Works is partnering with indie developer WayForward for a new game in the series called River City Girls.

The press release is scant on details, as the two companies say they do not plan to show anything off until later this year, but it does confirm the title and that it is based on the classic series. WayForward’s founder and self-described tyrannical overlord Voldi Way, who is in fact a real person, remarked that the game’s female protagonist is what won him over. WayForward tends to feature female protagonists in a lot of their games, like Shantae or Mighty Switch Force.

River City Ransom is a classic beat ’em up that featured some RPG elements like skill upgrades and shopping at stores within the game world. It’s also well known for its terse and comical translation, which includes enemies saying “BARF” when hit in the stomach. In 2017, a semi-sequel was released for modern platforms by Conatus Creative.

There have been no platforms or target dates announced for River City Girls.