Gaming news often moves in circles. This triple-A game got delayed. This NFT scam went bust. Square Enix is disappointed in the sales performance of one of its Western games. And, as we're all here to discuss today, a survey has found that the remaster gamers most want to see is The Simpsons Hit & Run. I'm here to tell you you're wrong. You don't want that. I promise. Please. You'll thank me later.

This is not just me telling you that the thing you love is bad while I sneer derisively at you and tell you there's a really great band in town but you probably haven't heard of them. I adore The Simpsons, probably more than the vast majority of people reading this article. I've seen every episode of the show, the Golden age stuff over ten times each, I've been to Simpsons Land, and I have Simpsons clothing, Simpsons shoes, Simpsons figurines. If I was the type to have tattoos, I would have a Simpsons tattoo before anything else. I even have Simpsons earrings, little plastic medallions of Lisa saying 'I am the lizard queen!'. I say this not to brag (I am a 30 year old woman whose most cherished piece of art is a cartoon sitcom, if anything it is a cry for help), but to explain that I am speaking out of a deep love for The Simpsons. And trust me, you don't want Hit & Run remastered.

Related: The Simpsons Season Eight Is The Best Season Of Television AnywhereDon't get me wrong, I would love a new Simpsons game. The Simpsons' history of video game spin-offs is spotty at best, but even the worst ones are mostly carried on the backs of the characters themselves. If you like The Simpsons, then the games are probably good enough for you, and that's precisely why they're good enough for me. Ever since EA figured out mobile gaming was a cash cow, Tapped Out is the only Simpsons game in town, and I hope, either by EA suddenly finding the motivation or, a la Star Wars, through Disney pulling the plug, we get another, better game in the future. Hit & Run could open the door for that if the remaster is a success, so I suppose there's that angle, but I think once we take off the rose-tinted glasses our relationship with Hit & Run will sour, and could even set hopes of a new game further back. 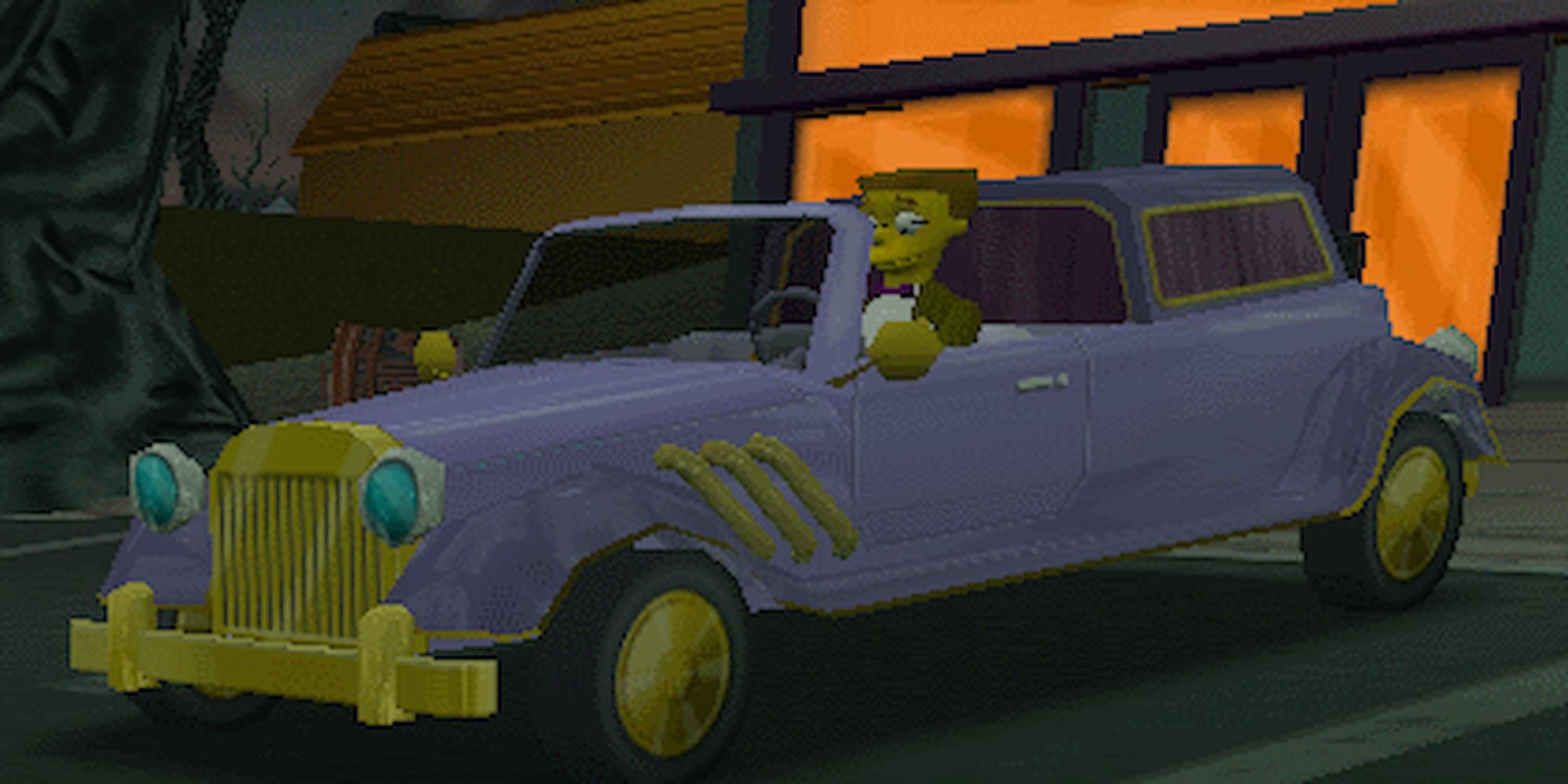 The Simpsons Hit & Run is just not as good as you remember. Nothing you played when you were 13 years old is. You could beat the whole thing in ten hours, and even in that time it can start to drag. It was often repetitive, gameplay was basic, Springfield's bonanza cast was underused, and it was full of bugs. I loved it, but that doesn't mean it was great, and that doesn't mean it would be great again if it came back. You want to play The Simpsons Hit & Run? Download a Homer Simpson mod for Grand Theft Auto – that's all the game is anyway. There were some fantastic things about it, but that was mostly the fact it was written by actual Simpsons writers and voiced by actual Simpsons actors, which could still happen with a new game today. That's not unique to Hit & Run. Oh, and if you're planning on pointing out that the show sucks these days, you should probably get a wriggle on and watch season 33. I'll still be here when you come back and change your mind.

Making the original available in its original form is a different story. Adding it to Game Pass, or to Sony's upcoming PlayStation Plus Premium package, puts less pressure on the game to be polished to modern standards, and would allow people to dip in without needing to pay full-price for it. Even if we pitch it as a double-A game rather than a triple-A competitor, you're still looking at north of $35, and that's a lot to play for Hit & Run even if it gets a graphical overhaul. If I was going to bat for a remaster, I'd be more likely to ask for a collection. Crash Bandicoot and Spyro the Dragon got around the fact their games were too short to stack up in the modern era by remastering an entire trilogy at once, while Tony Hawk's Pro Skater combined the first two games together and added a fresh roster, new challenges, and extra content. Hit & Run and Road Rage, anyone? Hit & Run and The Simpsons Game? Please, just not Hit & Run and Skateboarding. 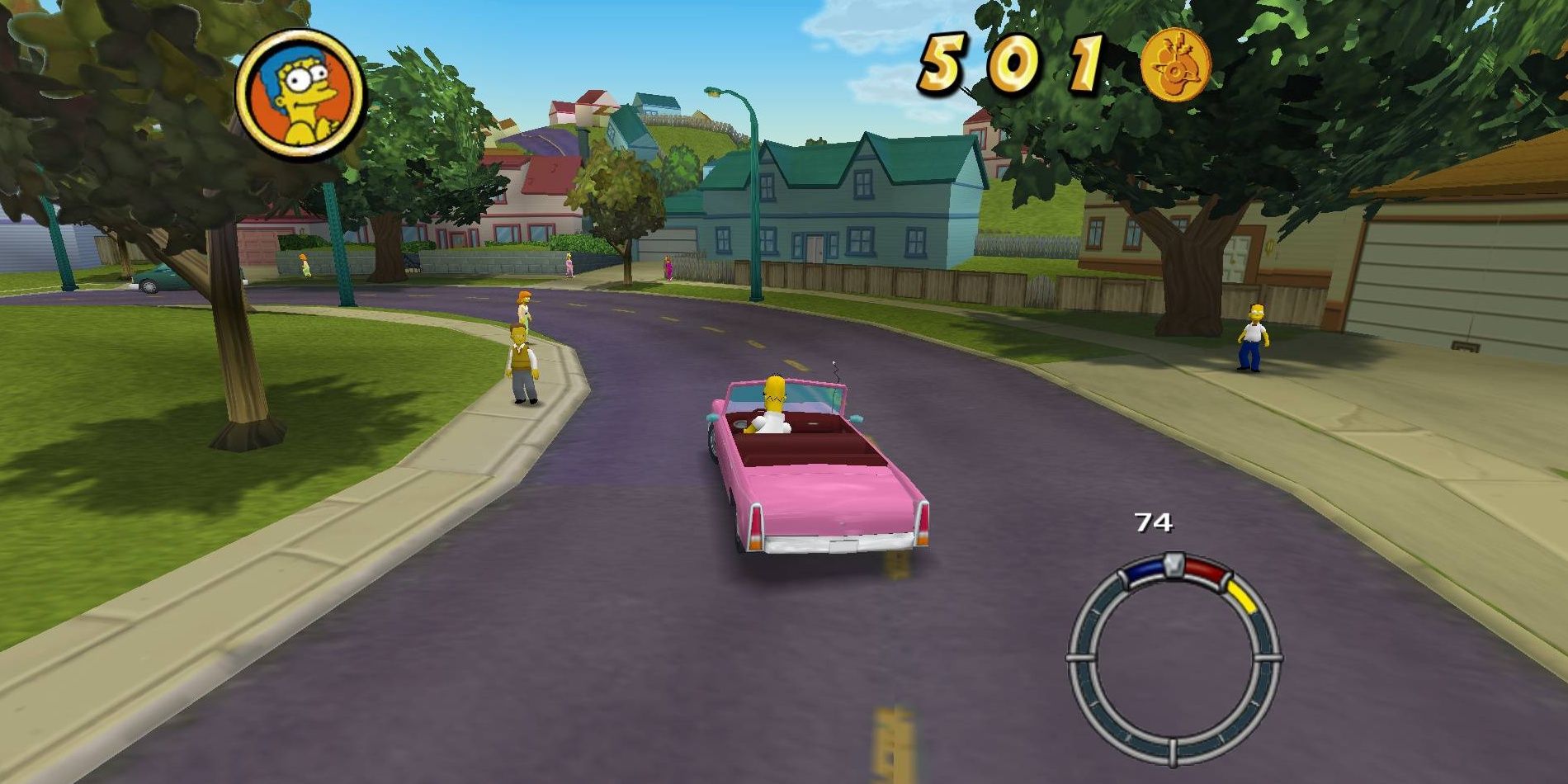 The Simpsons Hit & Run is a classic video game, but like most classics in our fledgling medium, time and technology have passed it by, and a modern remake would only expose flaws we were too naïve to see back then. If not a remaster packed in with another game, it might just be big enough (certainly with The Simpsons' name attached) to go from the wilderness straight into a sequel. Crash's trilogy led to Crash 4 standing on its own, stretching itself wider than any Crash game previously to suit modern players. Certainly, with over 700 episodes and a movie, there is enough source material for any new Simpsons game to draw from.