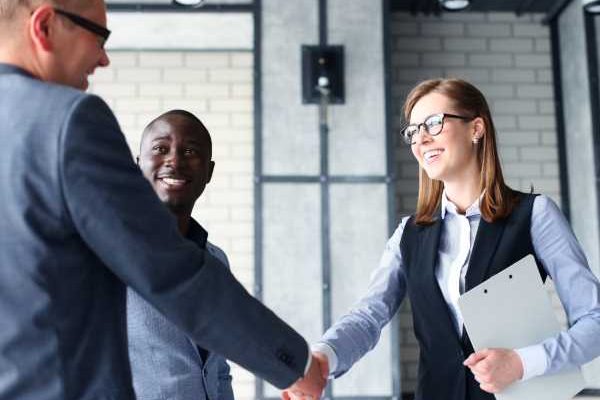 The battle for control of the cloud’s soul got a bit hotter when Broadcom announced plans to pay $61 billion for VMware, a price tag that makes the merger one of the largest tech deals ever. The purchase gives the growing conglomerate control over a once-crucial layer for deploying software.

Broadcom may be known popularly as a brand that makes chips and hardware like modems, but those years are long gone. The modern version is growing into a conglomerate that absorbs companies, often with legacy technology, and finds a way to run them independently and profitably. The new purchase represents a significant shift from their traditional hardware manufacturing into the burgeoning world of software.

VMware is a company known for creating an almost indispensable piece of software used by developers and devops teams to build and run virtual machines. It’s long been popular with developers, letting them package all of the files and operating system for a particular machine into a file that can be easily duplicated. Users can download a copy of the VM file, start it up anywhere and be confident that there will be no disruptions.

“They own a substantial chunk of the on-premises data center virtualization space,” said a user with the handle “Luna” via Hacker News, who spelled out why VMware is an attractive purchase. “Loads of orgs still run their own kit, and VMware makes some damn nice tools to squeeze the most from that investment. There are competitors in the space, but none with the breadth and depth of VMware.”

User “Indigodaddy” added, “VMware for the most part ‘just works’ and is entrenched.”

While the idea of virtualization dates back to the world of mainframe computers, VMware pioneered using it in desktop-sized machines. The same approach is becoming increasingly useful in the world of multiple competing clouds. VMware’s technology is an important component in strategies that depend upon easily shifting software to the cloud where it can run fast, securely and cheaply.

Broadcom plans to integrate some of its other software businesses with VMware and run them all under the brand name “VMware.” The company has already assembled a wide range of software companies that supply leading options for tasks like AIops and devops using similar – but much smaller – acquisitions. Some brand names now under the Broadcom umbrella include Arcot, Symantec, Clarity and Rally.

The VMware line is largely complementary. The security and operations management tools currently part of Broadcom tackle different problems than VMware. All of them, though, are purchased and deployed by the same developer teams managing their local stack.

“Combining our assets and talented team with Broadcom’s existing enterprise software portfolio, all housed under the VMware brand, creates a remarkable enterprise software player,” explained Raghu Raghuram, CEO of VMware. “Collectively, we will deliver even more choice, value and innovation to customers, enabling them to thrive in this increasingly complex multicloud era.”

The merger also offers both companies a chance to diversify. Broadcom leaves behind its focus on chip making and hardware manufacturing for the potential of higher margins with software. VMware gains access to the hardware layer and the longer-term stability of the hardware business.

“[Broadcom CEO Hock Tan] has already said that the current chip boom won’t last, and he has made clear that he doesn’t want to be stuck with the lower growth rates that may result when today’s semiconductor party becomes tomorrow’s hangover,” said Tim Culpan, an analyst at Bloomberg.

The attractive – and competitive – software market

The challenge for Broadcom will be sustaining VMware’s installed base in the face of increasing competition, often from open-source solutions. Some developers prefer lightweight options like Docker that are sometimes called containers. These break apart the file into smaller, composable pieces, often saving time and bandwidth on shipping and installing them.

Some of the major cloud vendors have largely embraced Kubernetes, an open-source solution that will quickly juggle containers by scaling collections of them up and down. VMware also offers similar options but usually with proprietary software that is often simpler to use and more automated. Their tools will also deploy and juggle virtual machines while ensuring security.

The goal for the new VMware will be to maintain enough quality in the existing software to ensure that customers don’t have an incentive to rewrite their applications. At the same time, they can reduce headcount and raise prices to boost profit. The game plan for these mergers often depends on the new management team cleaning out deadwood and streamlining the organization to save salaries and speed development.

“Broadcom does have an approach with acquisitions that won’t always make the innovators happy, but the strategy thus far has worked — especially for shareholders,” said Daniel Newman, founding partner and principal analyst of Futurum Research. “I’m hearing this a lot, but personally do not find it to be as big of a concern as some.”

Broadcom might also be able to create some synergies between the various software lines in both companies. The different software packages in previously independent brands like Symantec, Arcot and VMware can be better integrated so that they deliver better performance and also cross-sell across the product lines.

Others see grand strategic opportunities for the merger. Some suggest that VMware is slowly becoming the default base layer for the private cloud and it is slowly expanding into the public cloud. Applications can be bundled into one VM file that runs either locally or in some distant cloud.

“VMware has become the operating system of the private cloud,” said “spaintech” on Hacker News. “From an enterprise perspective, VMware is closer to the hardware than any other OS.”

Some speculate that the synergy between the two parts will also open the door for the company to move into the data centers, building ARM, RISC or x86-based machines that work well with the VMware layer.

Those possibilities, though, lie farther in the future. The current announcement says that the deal isn’t expected to be final until 2023. Indeed, the agreement includes a “go-shop” provision that allows VMware to look for other suitors. This provision seems largely aimed at finding the best price, though, because much of the focus is on exploiting the synergies that may be formed by merging Broadcom’s software portfolio with VMware’s.

“VMware has long been recognized for its enterprise software leadership, and through this transaction we will provide customers worldwide with the next generation of infrastructure software,” said Tom Krause, president of the Broadcom software group. “VMware’s platform and Broadcom’s infrastructure software solutions address different but important enterprise needs, and the combined company will be able to serve [these needs] more effectively and securely.”