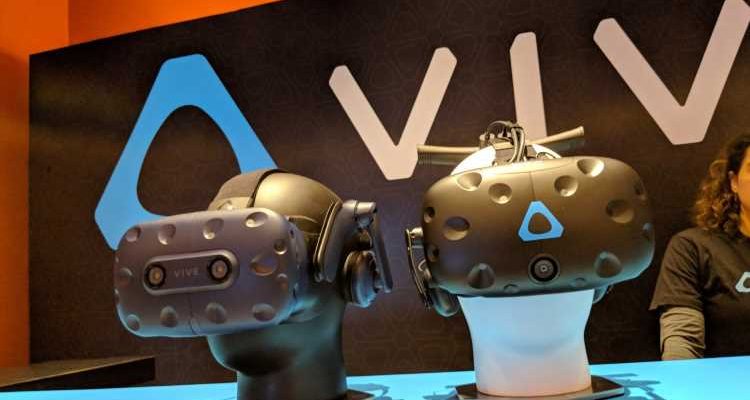 Community Download is a weekly discussion-focused articles series published (usually) every Monday in which we pose a single, core question to you all, our readers, in the spirit of fostering discussion and debate. For today’s Community Download,  we want to know what you think about the news of HTC gearing up to announce a new VR headset soon. Specifically, what do you expect out of the device, assuming it’s a standalone Quest competitor?

What Is Next From HTC Vive?

Last week HTC Vive teased what looked to be news about an upcoming new VR headset. The tease itself was only a fraction of their logo, but it looks like it’s on some sort of plastic or leathery material that would indicate it’s an actual physical logo on a device of some kind.

This week, it was spotted that HTC’s President of Vive in China, Alvin Graylin actually said in a past interview they’re going to release a “next-generation standalone” VR headset this year. So, the mystery is probably not quite as mysterious as it originally seemed.

Assuming this is accurate—which, let’s be real, it probably is since this is what everyone was already expecting—this is big news. Obviously the Vive Focus line already exists, but those were never really designed to be consumer-focused headsets at all. From the moment the Vive Focus was announced it was always marketed as and targeted at enterprise customers. Hopefully, this is the Quest competitor everyone has been waiting for.

However, it’s worth noting that in that same interview Graylin did say, “I don’t think I would position it as a Quest competitor,” but that could just be him downplaying comparisons ahead of the announcement.

What do you think? Assuming this is HTC Vive’s standalone all-in-one VR headset that aims to be a Quest competitor, what do you expect?

Let us know down in the comments below!