The Disney licensing team may have gone a bit too out there, as they will be releasing a Kingdom Hearts-themed tissue box cover that costs around $40. Now, you can sob to the ending of Kingdom Hearts 3 with tissues at hand and less money in your wallet.

According to KH13, there are two different types that you can buy. The monogram model features the classic symbols of the Kingdom Hearts series, like Sora’s crown, the logo’s heart, and the heartless insignia. The royal version has an ornate design that includes plenty of hearts, as well as a few signature keyblades like the Kingdom Key and Way To The Dawn. Both of the covers hold two smaller tissue boxes or one large box inside. 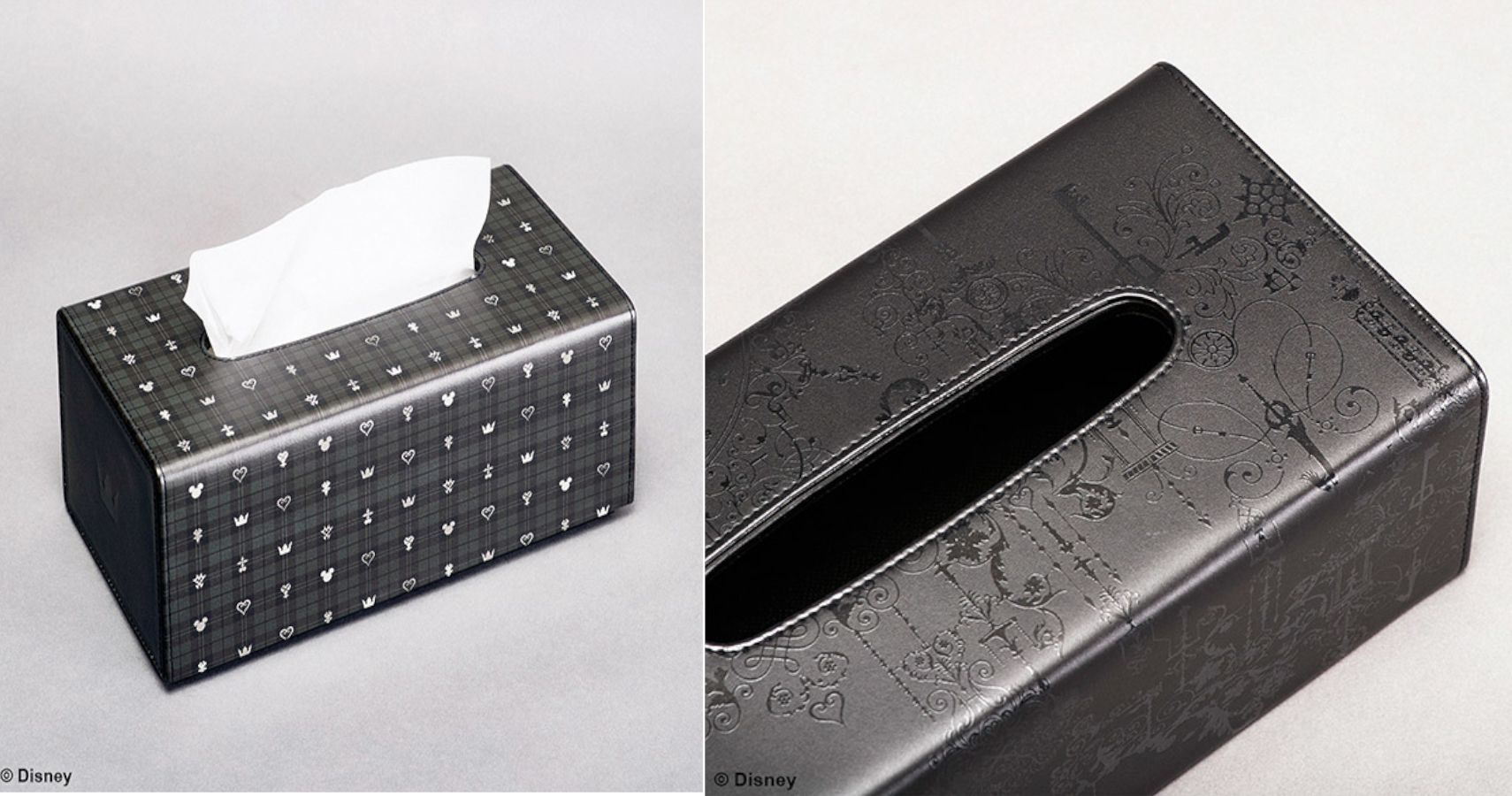 Disney and Square Enix have gone a little mad on the Kingdom Hearts merchandise lately. Back in September, the companies randomly announced a Rubik’s Cube based on the property. Selling for $14.99, the faces were made up of Mickey Mouse, Donald Duck, Goofy, Riku, Sora, and Radiant Garden’s princess of heart Kairi. There’s also been a line of dinnerware, slippers, and sneakers. If this keeps going, they will have tattoos for Kingdom Hearts. Oh wait, fans have already done that.

Despite this push of merchandise, the Kingdom Hearts series has had stumbling blocks with crossing over into other games. Final Fantasy XIV’s director Naoki Yoshida has told TheGamer that the hurdle is considerably high for the Kingdom Hearts series to make an appearance in the MMO because of Disney. If this is the case for Square Enix’s own game, you can say goodbye to any hopes for Sora to appear in Super Smash Bros. Ultimate; get that tissue box ready because we’ll probably need it.

One of the very few times that Sora has been able to cross over is within World of Final Fantasy, in which he became a summon for the game for a limited time. He was also available in the mobile game Final Fantasy Brave Exvius alongside his friends Riku and Kairi.

While we wait for the next whacky piece of merchandise for the Kingdom Hearts series, you can check out the newly released soundtrack of KH3 on Spotify and our review of Melody of Memory, the latest entry in the vast universe.