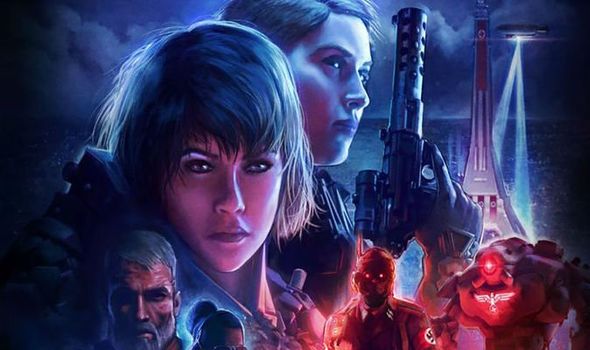 Their father – apparently the man who killed Adolf Hitler – has gone missing in Paris, and the rebellious pseudo-teens have taken it upon themselves to track him down and save his life.

While this plot reads as more of a revenge-thriller, it ultimately turns into a retro-futuristic dream full of neon and 80s music.

Players are given the choice of which daughter to play, although the choice makes no difference to gameplay, other than some flavour text.

Luckily, the gameplay doesn’t really need anything else, as it is incredible.

Fans of the franchise will know how fast-paced and action-packed the gameplay and gunplay is in Wolfenstein – and Young Blood delivers this on an even greater scale.

Armed with an arsenal of weapons, players can run, jump, and dive into every encounter with a finesse that makes the player feel awesome. 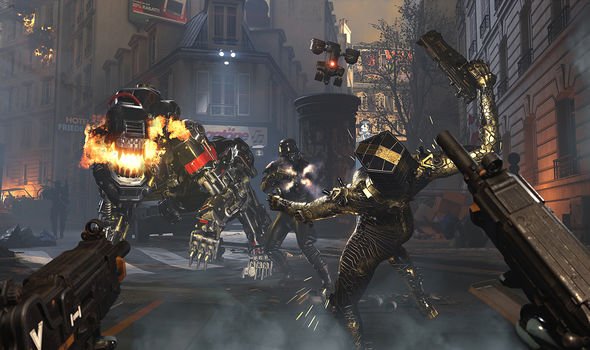 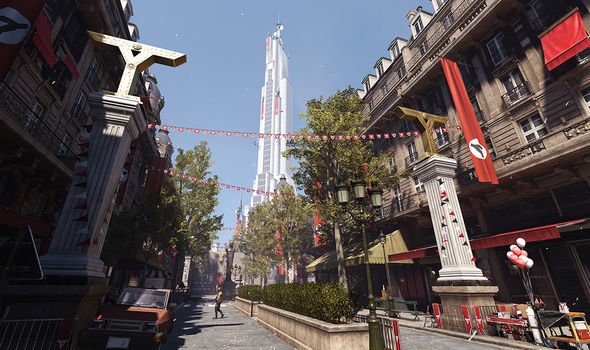 Otherwise, they can take a more sneaky approach, using a stealth suit to take out larger foes in secret.

While it is nice to have a choice in how encounters are conducted, the stealth option usually devolves into an all-out firefight as well, so fans ought to be prepared for that during gameplay. This isn’t a stealth game, and therefore does not act as one.

What it does have, however, is an upgrade system that is a lot more dense than it seems.

On players’ travels they will encounter a number of ways to collect silver and experience points.

The silver allows players to upgrade and customise their weapons with sights, larger magazines, and better grips – as well as a number of skins to complete the look.

The experience points act as expected, and give players extra options in their repertoire, such as melee killing two enemies at once, or granting the power to pick up larger weapons. 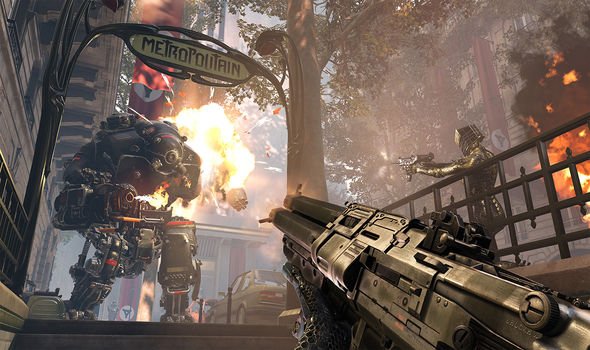 These abilities don’t entirely change the way players will venture around the streets of Paris, but certainly add a distinct flavour to the journey they are on.

Most of the time players will be either in Paris, tracking down quests and dynamic missions, or in the Catacombs.

The Catacombs act similarly to the previous game’s hub, providing extra details about the world, giving quests, and getting to know the ensemble cast.

While it feels like a wholly smaller version of previous iterations from the Wolfenstein franchise, it certainly does not lack the hidden details and pitch-perfect shooting it is known for.

Wolfenstein: Youngblood brings a new take at the Wolfenstein franchise to the table. While it doesn’t lean quite so heavily on the story as previous games have, it makes up for it in endless bouts of enjoyable combat, and an interesting Nazi-run Paris set in the 80s.

Markedly cheaper than a full-priced game, Youngblood is the perfect opportunity for fans to stretch their legs in Blazcowiz’s world before the next inevitable mainline game is released.

Wolfenstein: Youngblood is available on PlayStation 4, Xbox One, Nintendo Switch, and PC now.