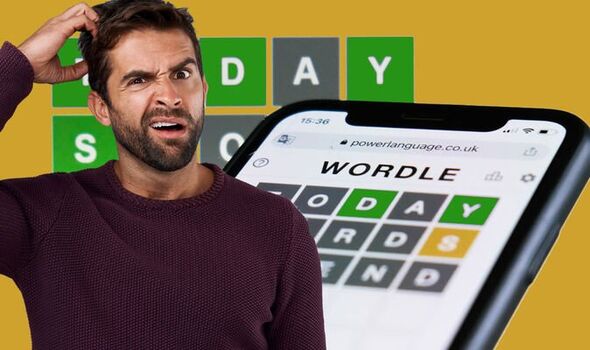 Part of the appeal of daily word puzzle Wordle is comparing scores with your friends and followers by sharing your completed puzzle online. Unfortunately, however, the May 9 Wordle has caused some confusion among fans, as there appears to be two answers instead of just one. Wordle rights owner The New York Times has since addressed the issue, explaining that one of the words had already been loaded into the game, and wasn’t able to be removed for all users.

“Today, for example, some users may see an outdated answer that seems closely connected to a major recent news event,” reads an official statement by The New York Times.

“This is entirely unintentional and a coincidence – today’s original answer was loaded into Wordle last year.

“At New York Times Games, we take our role seriously as a place to entertain and escape, and we want Wordle to remain distinct from the news.

“But because of the current Wordle technology, it can be difficult to change words that have already been loaded into the game.

“When we discovered last week that this particular word would be featured today, we switched it for as many solvers as possible.”

For the majority of players, the answer to Wordle 324 on May 9 is a pretty standard word that means to emit a bright light.

However, the original word that had already been loaded into the system and is appearing for certain users is ‘FETUS’, which is the American spelling of ‘FOETUS’.

The timing of the original word is somewhat controversial, after a leaked document suggested the US Supreme Court could overturn the national right for women to have an abortion.

The New York Times urges players to refresh their browser window in order to avoid receiving the outdated puzzle.

“You won’t receive the outdated version if you have refreshed your browser window. But we know that some people won’t do that and, as a result, will be asked to solve the outdated puzzle.

“We want to emphasise that this is a very unusual circumstance. When we acquired Wordle in January, it had been built for a relatively small group of users. We’re now busy revamping Wordle’s technology so that everyone always receives the same word.

“We are committed to ensuring that tens of millions of people have a gratifying and consistent experience, every day.”