I hadn’t heard much from Coatsink before EGX. While some may know it as the publisher of Gang Beast, it has seen a large uptick in games launched after being acquired by Thunderful in 2020, and it was Coatsink’s games taking up most of the Thunderful booth at EGX. After a strong showing, I’ll be on the lookout for them all the more.

Worldless is the publisher’s latest upcoming launch and by far the most ethereal and hard to pin down. While everyone knows the chaos Gang Beasts is all about at this point, and The Last Hero of Nostalgia is an overtly comedic love letter to Dark Souls, Worldless’s inspirations are a combination of genres you would not expect to be paired together, along with a story that tackles the metaphysical concepts of opposites and polarity.

The game pitches itself as a metroidvania infused with turn-based RPG combat – two things I never thought would mix. You play as little more than a few disconnected shapes making up some sort of humanoid form with a blue orb for your head. It’s a striking design and the minimalist art style goes a long way to convey the mood and tone of Worldless. As you explore, you will find movement and combat abilities tied to either a blue or orange force. The official website tells us we’ll be encountering many “entities with opposing goals” in our adventures in Worldless, explaining “one half is fixated on the virtue of their nature, the other is seeking to exchange it for their demise”. This highlights one of the recurring themes of this abstract title is all about how opposites attract.

If all of this sounds a little nebulous, it is. Worldless has little interest in explaining the lore of its mysterious world or even its mechanics. In the demo, I found a dead being and picked up a movement ability, but there was no text pop-up to explain what ability I had just obtained. Instead, I was given a small area to test out a little shout that could cause platforms to sprout out from little orbs in the environment. On one hand, it’s fun to figure out these mechanics on your own, and the spirit of the unknown added to the sense of discovery Metroidvanias are built on. On the other, I found myself quickly frustrated by the type of information the game gave me – it was happy to give me tutorials but none of them felt helpful. 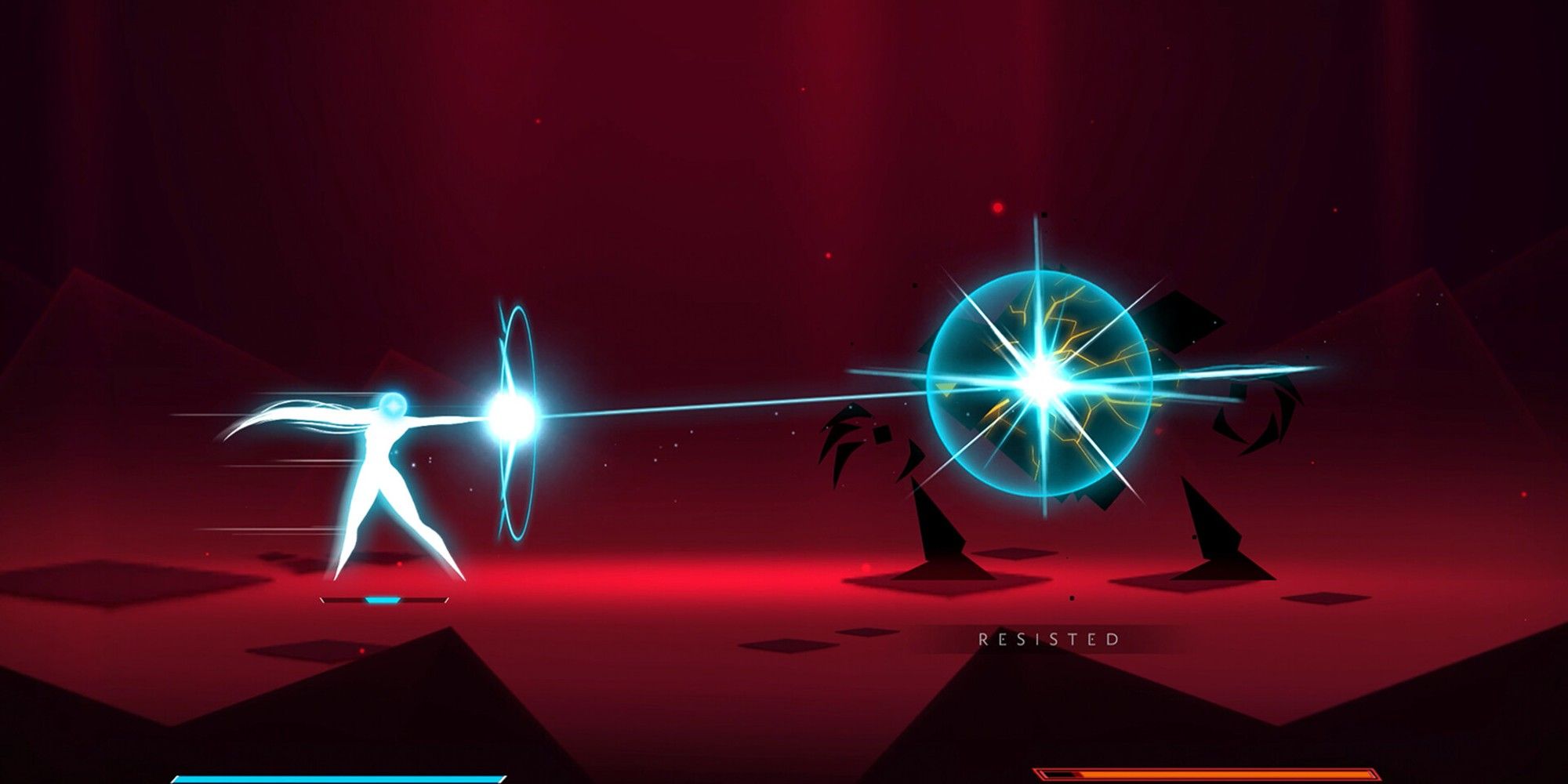 Worldless’ combat is like a ‘00s JRPG, all cooldowns and turn-orders and stamina This stamina (the game neglects to name it) works for physical or magical attacks, letting you chain with quick combo taps or more measured button holds. This bar drains no matter what, so it’s up to get your moves in before it runs out. When enemies attack, you’ll need to second guess their moves to block them. However, even if you run out of health, you’ll simply get thrown back so you can run straight back up the enemy and start the encounter again with full health.

This system is interesting, but falls short in practice. I love the idea of figuring out if an enemy was about to attack me with magic or physical strikes, but it was extremely hard to tell when I was using the right block. Even when successfully blocking a magic attack, I would still sometimes lose large chunks of stamina, and I’m not quite sure why. Whether I won or lost, I didn’t really know how or why. I get that the game wants me to question the nature of being, but that seems a little much. That’s Worldless’ whole vibe, for better or worse. It doesn’t tell you much. You’ve got to figure it out for yourself.

This vagueness played havoc with the endpoint of encounters. While you can just kill your enemies, what you really want to do is weaken them before absorbing them so you can learn one of their moves. Again, it sounds cool, but the absorption is a simple four-button quick time event. If you haven’t damaged the enemy enough, they won’t tell you what some of the buttons are. If you accidentally press the wrong QTE button, the enemy will counter with a devastating attack.

There are cool mechanics in Worldless, but I couldn’t figure out the nuances of any of them. Maybe this will be remedied at launch with a proper tutorial. A crowded show floor is not the best setting to connect with an atmospheric game like this, but until I play more, I don’t know how Worldless will turn out. There is potential for this mysterious world live alongside games like Axiom Verge and Hollow which slowly paint pictures of once lived-in places full of secrets but right now the information that is hidden from you in Worldless doesn’t leave you wanting to know more, it just leaves you frustrated.