Sense, an AI-powered worker engagement and communication platform backed by Alphabet’s venture capital arm GV, has raised $16 million in a series C round of funding.

The raise comes as the San Francisco-based company reports demand for its platform has “doubled” over the past year, with businesses rethinking their hiring and engagement philosophies to stand out among the competition.

“Traditionally, companies in the highly-skilled, knowledge worker sectors used to face challenges in finding the right candidates,” Sense cofounder and CEO Anil Dharni told VentureBeat. “Today, there is a famine of candidates regardless of the sector. Sectors such as retail, hospitality, and healthcare are struggling to attract and engage with candidates.”

Founded in 2015, Sense helps recruiters and staffing agencies broadcast messages to workers, giving key information on new assignments or requesting feedback. According to Dharni, Sense can reduce the time-to-hire figure by between 40-80%, thus lowering the cost and “improving the quality of candidate experience” for businesses of all sizes.

Through its message studio, HR can send messages and reminders, dispatch surveys, and automate all of this by setting up filters and triggers around key events such as the day before a worker is schedule to being a new job. An integrated chatbot allows them to engage with workers before, during, and after a gig has finished, providing them with key information and even fielding questions. 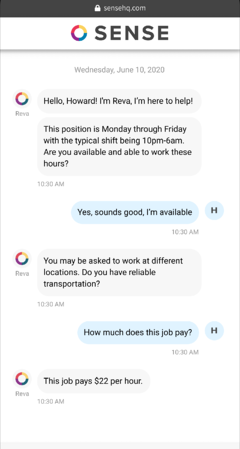 A core component of the Sense platform is its analytics, which enables businesses to track worker engagement and satisfaction, with stats around message delivery and open rates, chatbot metrics, link clicks, and more. 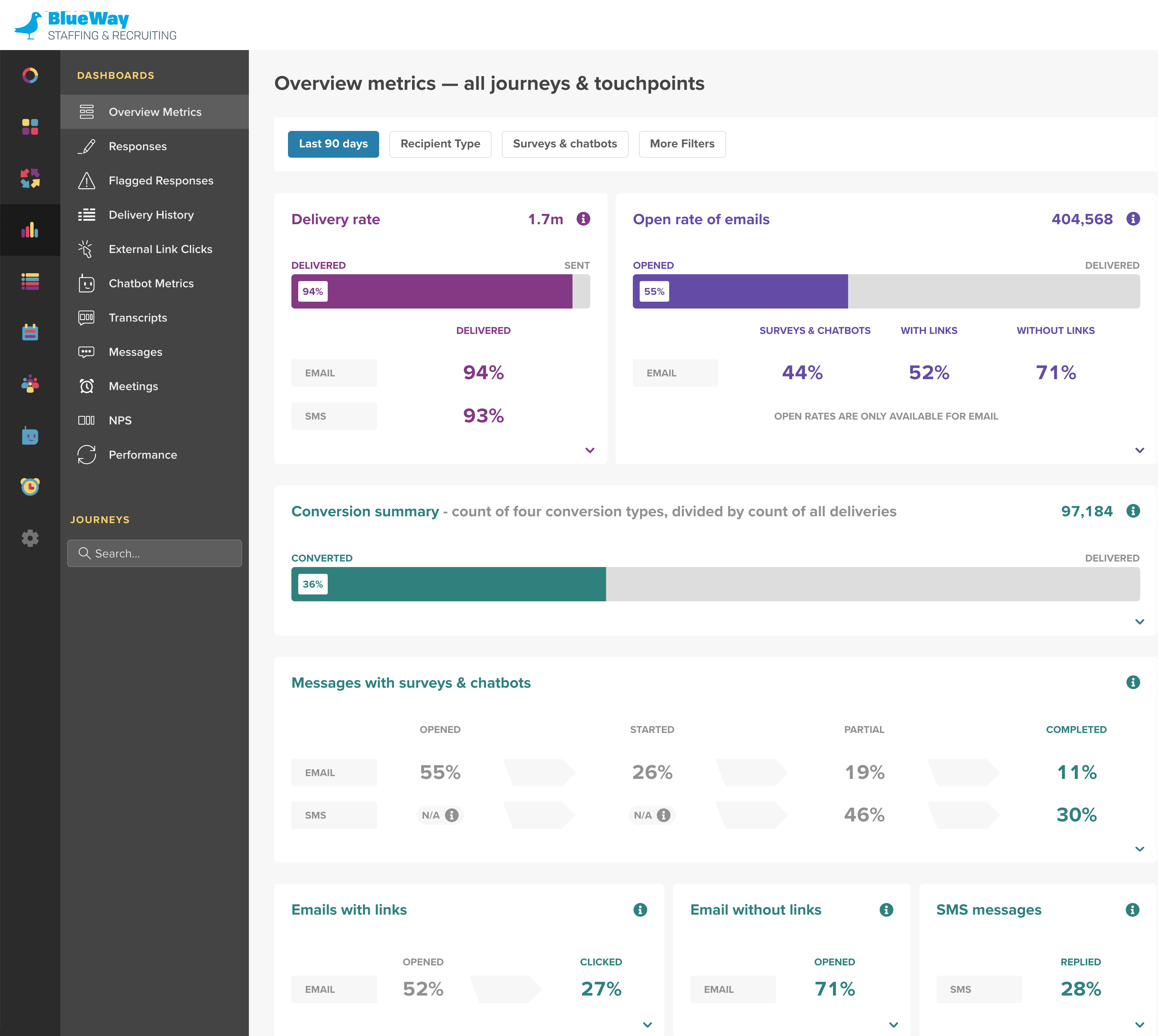 While Sense was once focused exclusively on contractors, it has extended into the broader full-time workforce through targeting industries such as retail, hospitality, logistics, and warehousing. So this means that as well as working in the past with big-name staffing agencies such as Adecco and Apex Systems, Sense now claims retail heavyweights such as Amazon and Sears among its client base.

“Over time, we have discovered that the problems of finding great people and retaining them exists both in the contractor / temp worker front as well as in full-time workers,” Dharni said. “On the general employees side, Sense focuses on companies that have high volume hiring and have a large number of full-time hourly workers. Similar to temporary workers, talent in these industries have high candidate drop-off rates and worker attrition.”

Prior to now, Sense had raised around $23.5 million, including its GV-led series B round of funding two years ago. With its latest cash injection, which saw GV return alongside Avataar Venture Partners and Accel, the company is now well-financed to serve its growing array of enterprise customers.

“Enterprises are realizing that there aren’t enough workers for them to attract and are having to rethink the way they hire,” Dharni  said. “Speed to hire, while lowering the cost of acquisition, has become the number one priority for all enterprises.”