It’s no secret that the many classes of World of Warcraft are looking particularly good in Dragonflight. Thanks to this expansion’s (current) lack of borrowed power, WoW has become significantly more alt-friendly, opening up the game so that you can genuinely play as many classes as you want without many, if any, inhibiting factors.

With that in mind, Hunter saw some amazing improvements throughout the beta, the Beast Mastery specialization especially. With some great talent options in both the regular Hunter and Beast Mastery trees, this specialization’s playstyle is in wonderful condition. But, the talent tree is not the only thing this article will cover, so let’s get right into the complete guide for Beast Mastery Hunter. 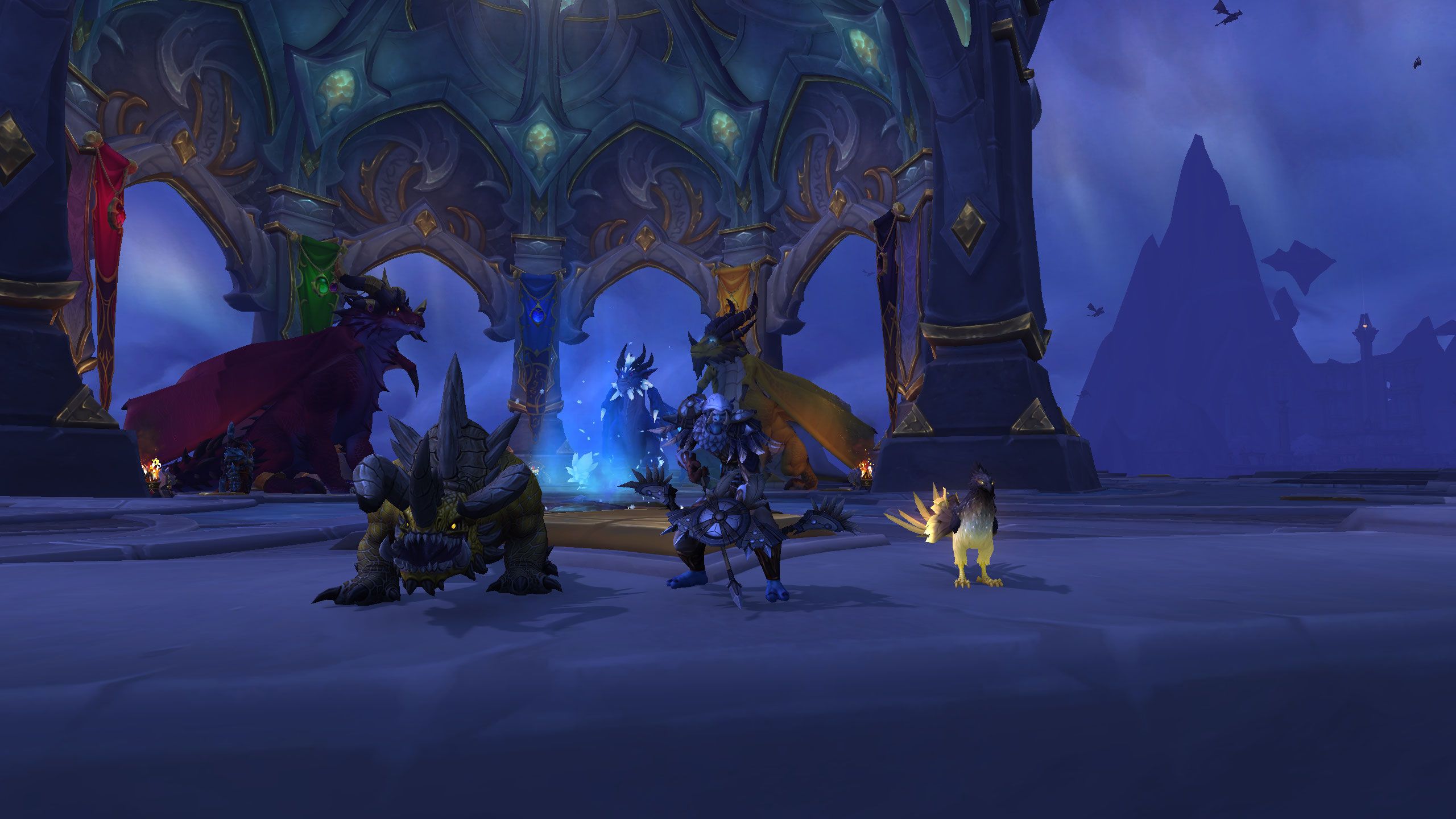 Here are three great reasons why you should consider choosing Beast Mastery: 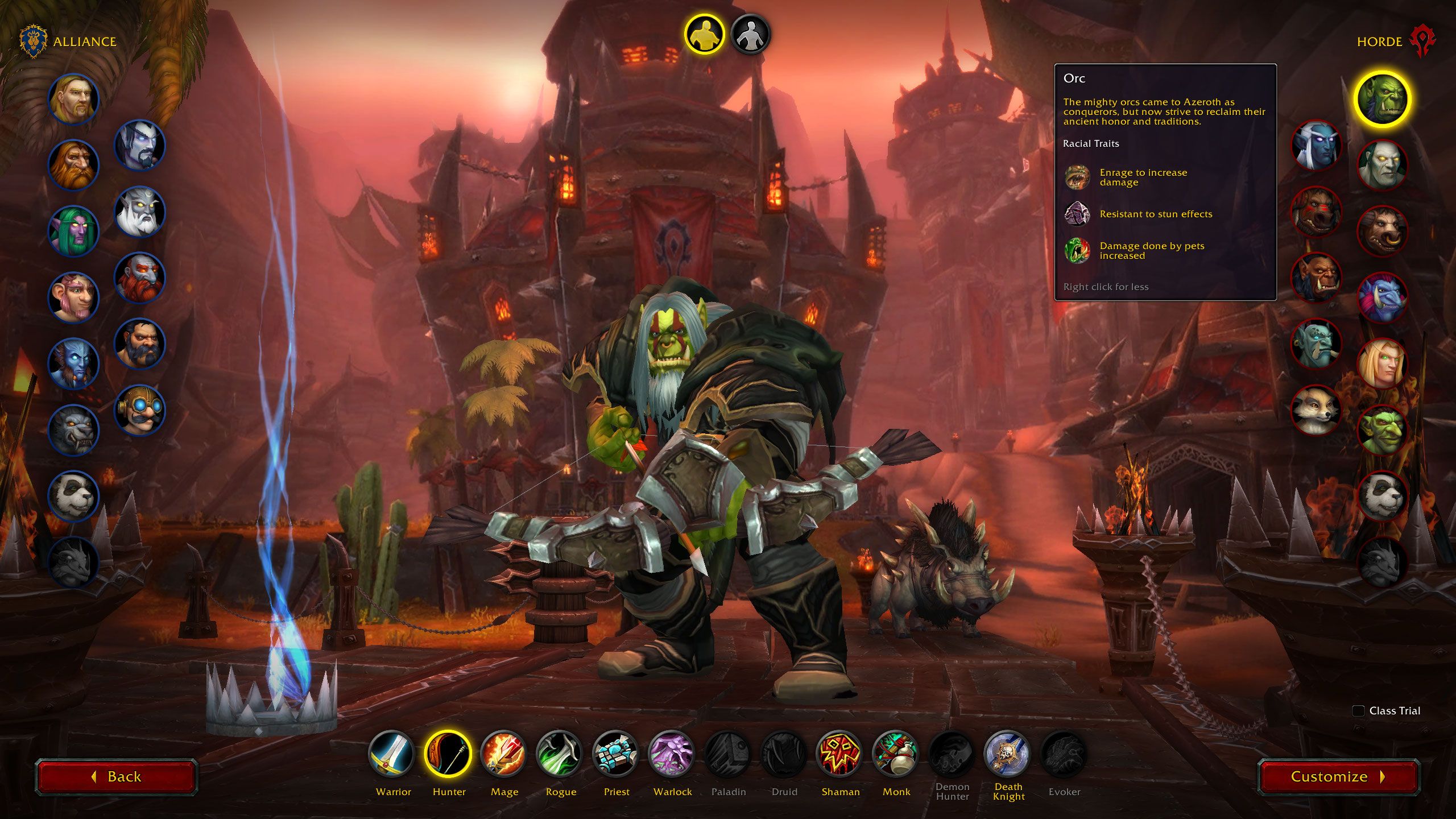 While you can pick any race you want as your Beast Mastery Hunter, if you’re looking for some extra benefits here are some races that can provide them:

While some of these are better than others, you’ll get the most out of the Orc’s racial passive. The racial passive effects shared by Tauren and Dwarves are great as well, as Beast Mastery Hunters do very well with Critical Strike. At the end of the day though, don’t let these prevent you from picking what you want to play. 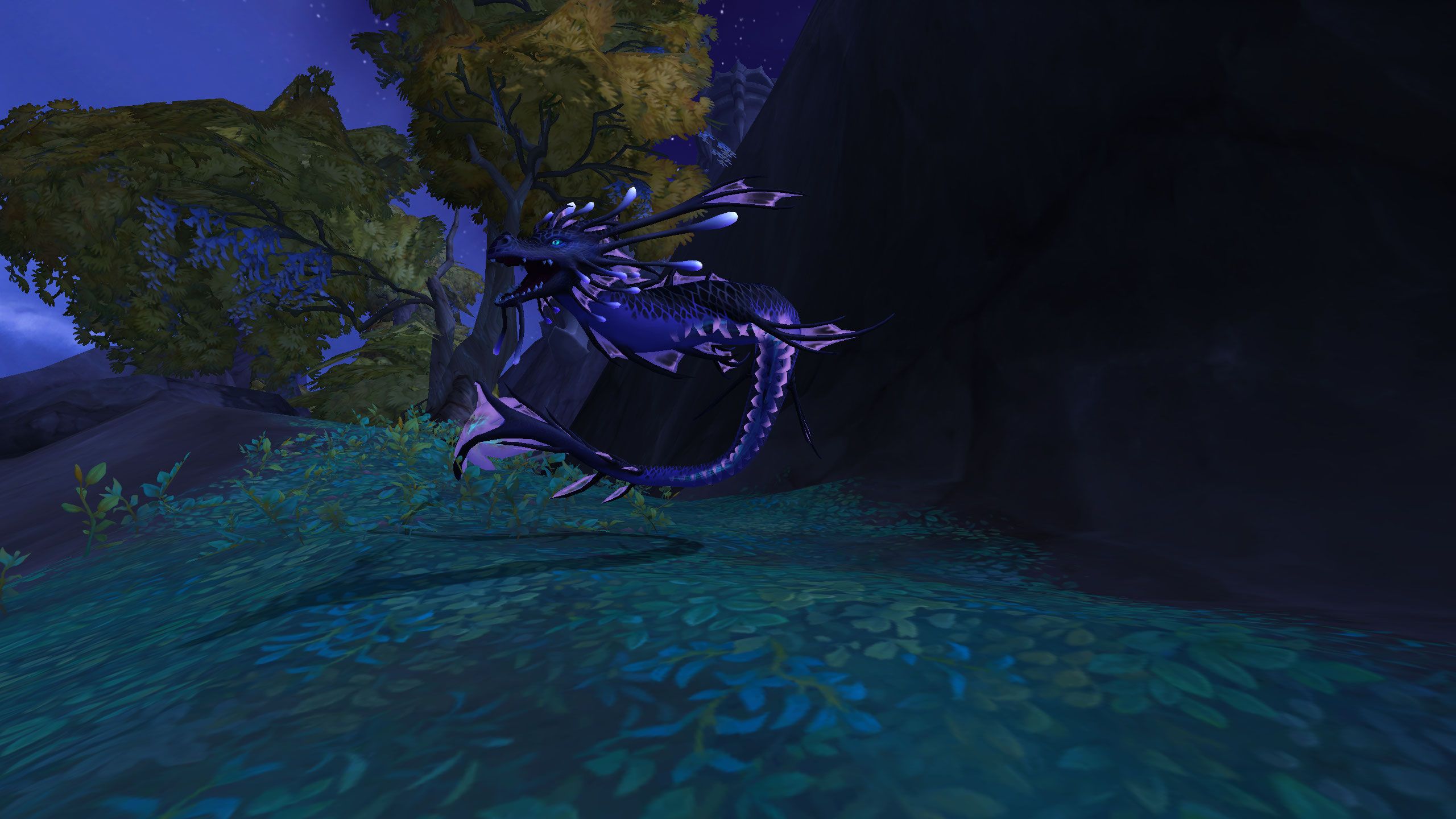 There are only three types of pet families: Ferocity, Tenacity, and Cunning. Each gives you a different active ability and passive effect, and for general dungeon and raid content, your best bet is Tenacity. They passively give you and your pet more health, plus another defensive cooldown (Fortitude of the Bear) which gives even more health to you and your pet (albeit temporarily).

If your group requires a Lust, you should have a Ferocity pet to fulfill that need. 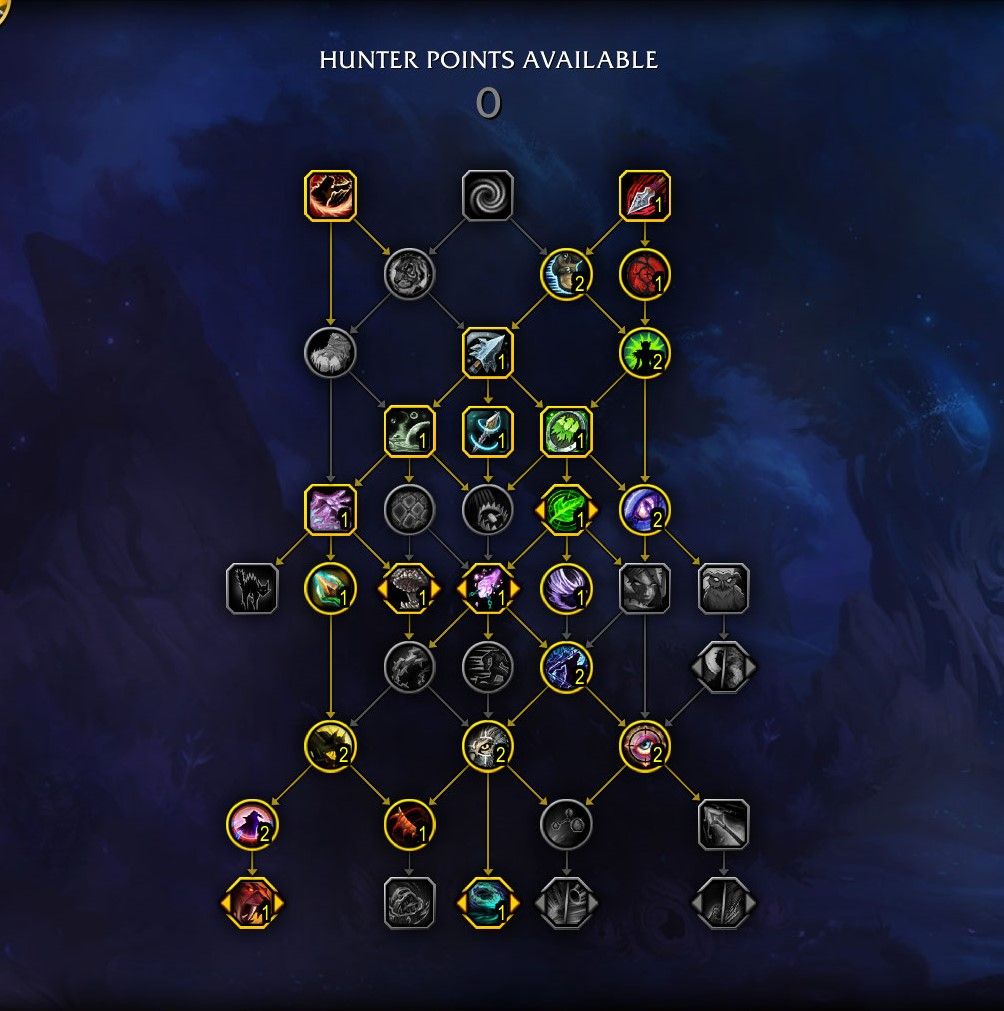 When it comes to the main tree for Hunters, the above is a decent guideline to follow. No matter which talents you take along the way, Alpha Predator and Death Chakram are your best keystone talents regardless of what kind of PvE content you’re doing. With that said, it also pays to address a few other important talents.

While leveling and while doing your world content, don’t worry too much about optimization. Instead, pick the talents you want to pick and try them out. Considering you can change them literally anywhere, have fun with them and play around with your options. This goes for the Beast Mastery talent tree as well. 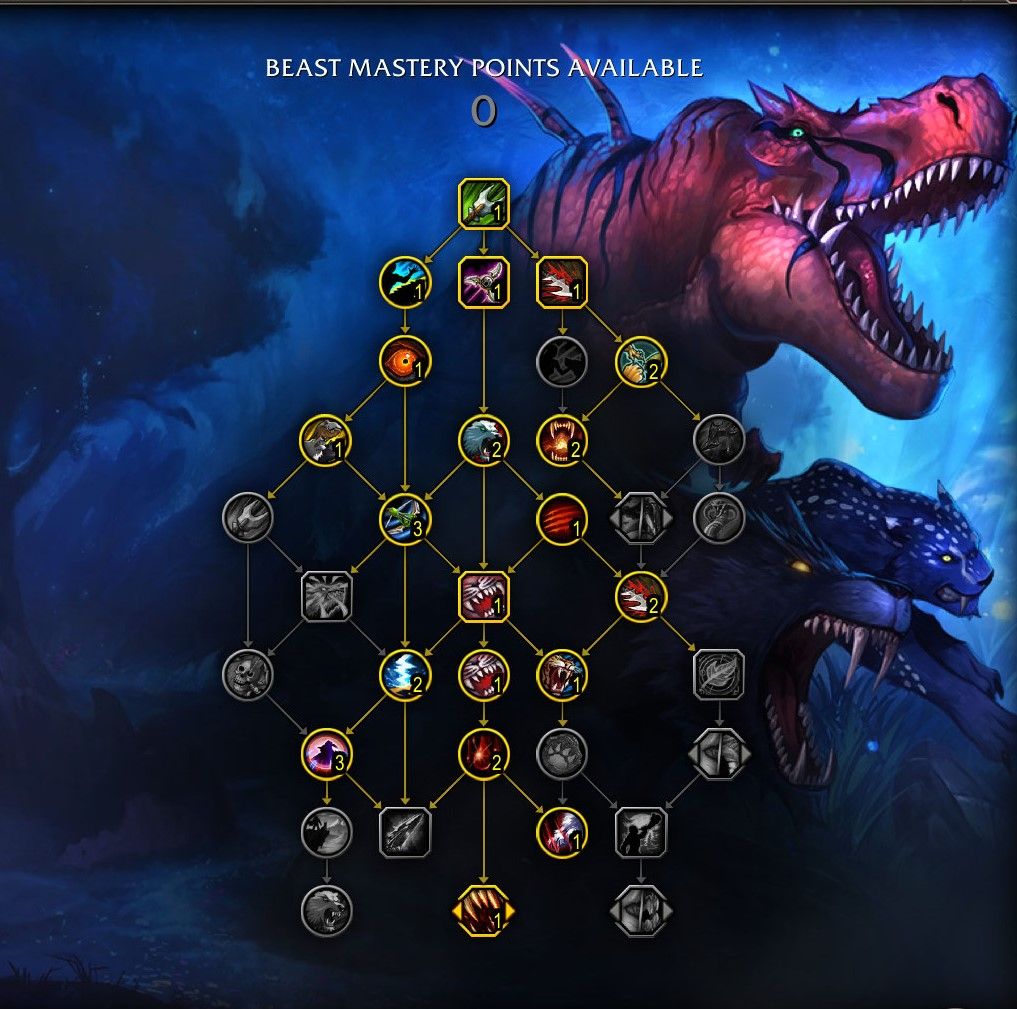 Though an area-of-effect ability, Wailing Arrow isn’t a must-have. However, it can certainly be nice to have in a dungeon where the enemies have a bunch of castable abilities that you and your group need to keep an eye on to interrupt. 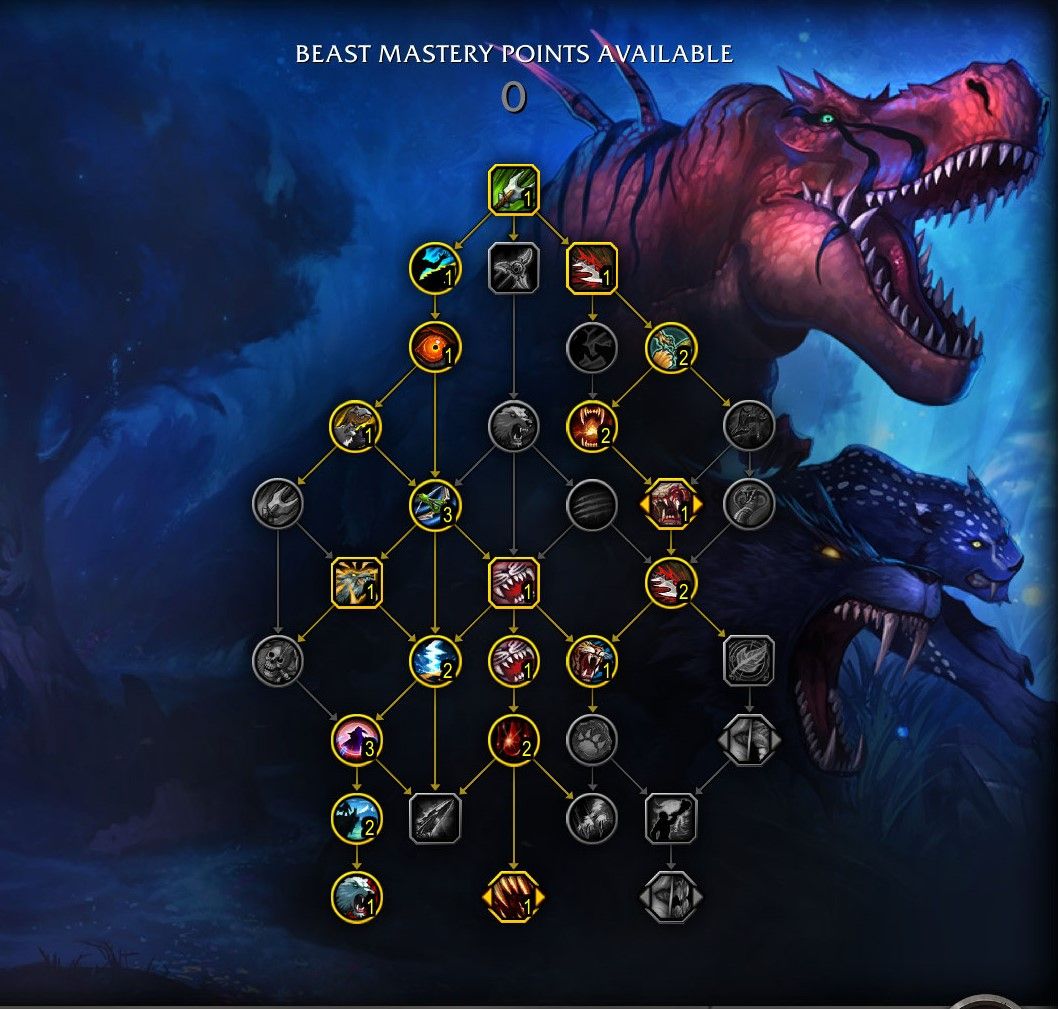 When it comes to raids, you’re going to want single-target damage, which is why all the key area-of-effect talents you saw in the dungeon tree are not taken here. Instead, the key talents in this raid tree that you’ll want are the following:

This talent tree might not be as good in raid fights that require a lot of area-of-effect damage, either due to it being a council-type fight or to there just being loads of adds to kill. Outside these exceptions, this is your go-to single-target build.

Aside from the most integral talents like Barbed Shot, Aspect of the Beast, Animal Companion, and Bestial Wrath, no matter what kind of content you’re doing, there are a couple of other talents you’re always going to want to have: 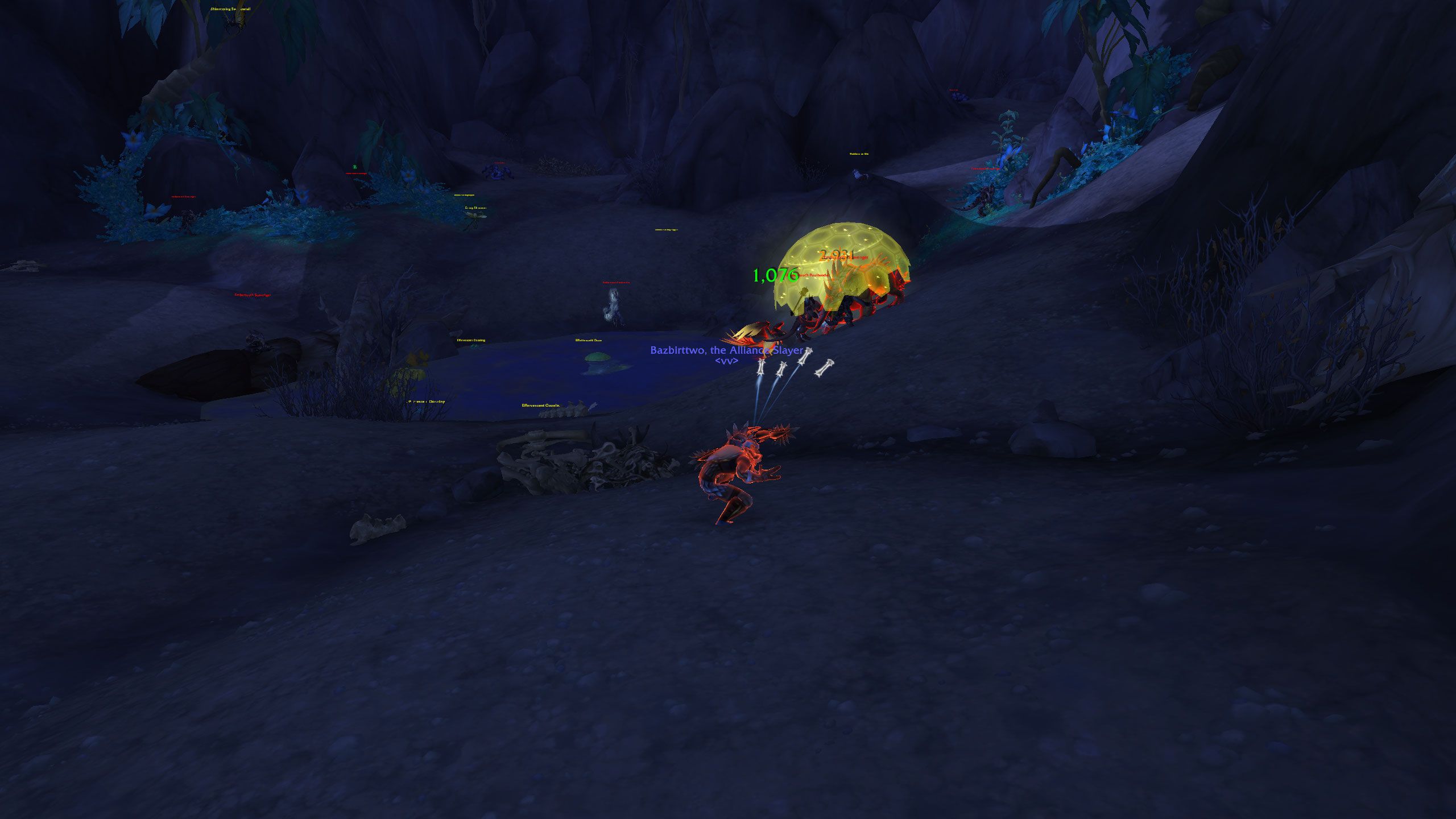 When it comes to the rotation, it’s as simple as keeping three stacks of your Barbed Shot up at all times and using Bestial Wrath and Kill Command on cooldown.

When it comes to your Barbed Shot, you don’t necessarily need to use it every time a charge is up, since you shouldn’t rely on the luck of Wild Call to reset its cooldown if you can avoid it. Instead, try to use it when your three stacks are about to expire. All in all, between your Barbed Wrath and Scent of Blood talents, you should be able to keep three stacks of Barbed Shot up while cycling through Bestial Wrath rather consistently.

Regarding your opening in a single-target fight, if you’re running the aforementioned two talents, use Barbed Shot twice (and again if you get a Wild Call proc), then Bestial Wrath immediately to refresh your two Barbed Shots, then Barbed Shot again for your instant three stacks. From there, maintain the three stacks as mentioned.

Another great addition is one for Counter Shot:

This allows you to silence your Focus Target (if you have one). This is extremely useful for fights where you need to interrupt a target that isn’t the target you’re dealing damage to, as it removes the need to manually switch targets by either clicking or Tab-targeting. 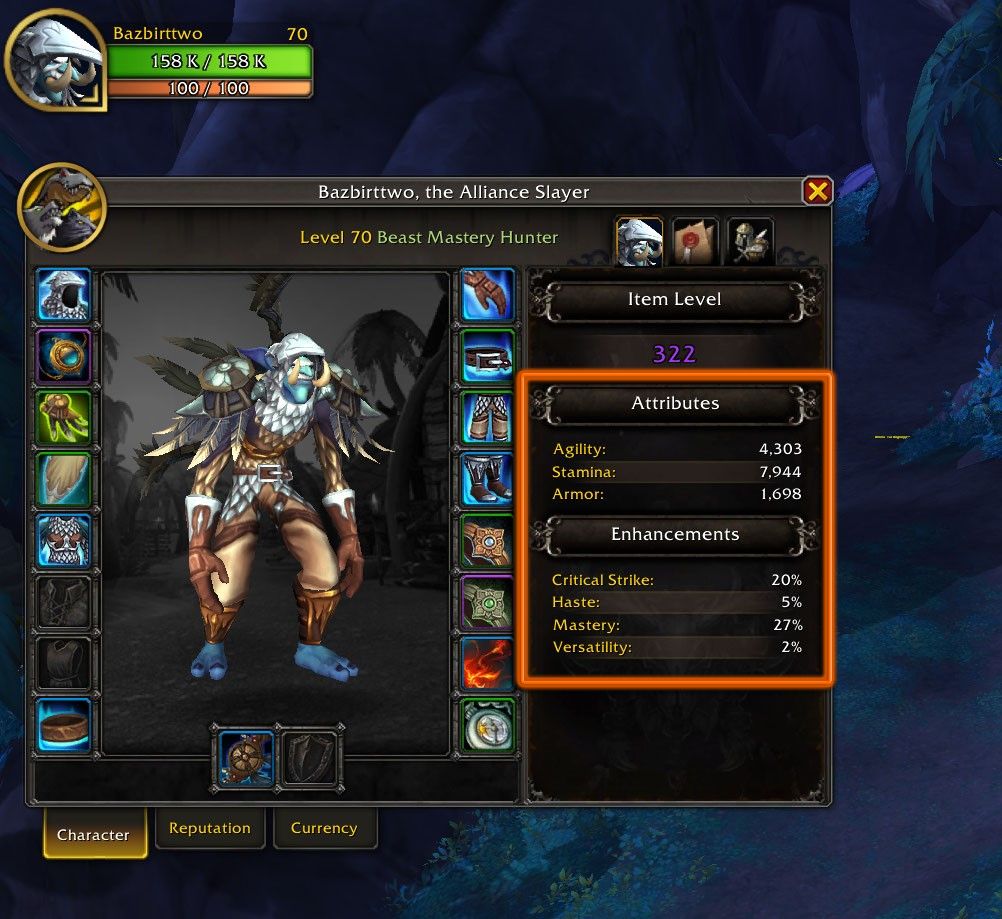 In general, as long as you’re avoiding Versatility, you’re good to go. Agility is your primary stat, but when it comes to secondary stats – Haste, Critical Strike, Mastery, and Versatility – they are all great to have as a Beast Mastery Hunter except Versatility. That said, while the following stat priority list is good to follow, it is, by no means a hard and fast rule for you to always adhere to.

The Focus regeneration granted by Haste is always lovely to have, so it’s a good stat to prefer over the others. Alternatively, you can prefer Critical Strike, which directly impacts how often you get your Barbed Shot cooldown refreshers from Wild Call.

Either way, both of these stats are top-notch. Mastery is great too since it gives your pets a flat damage increase. All the secondary stats (except Versatility) are very close in value for Beast Mastery Hunters, so don’t stress too much about it.

Avoiding Versatility takes priority over acquiring any of the other secondary stats.

Considering how close the secondary stats are, your choice of gems really comes down to preference or perhaps picking up some stats that your gear is lacking. For example, if your gear is Haste and Mastery heavy, definitely pick up some gems that favor Critical Strike.

Depending on what crafting tier level the gem is, it will offer different numbers of stats.

There are many enchants to choose from, but below are the most important ones that you should strive for no matter what. And again, remember that the value of the enchant depends on its crafting tier.

When it comes to the Reinforced Armor Kit, if you're a Leatherworker, you can craft these up yourself, so that's yet another reason to run that profession.

As accessible as gear has become in Dragonflight, this cannot be stressed enough: while you’re leveling, just pick up the quest rewards (or dungeon rewards if you’re dungeon grinding) as they improve, and don’t worry too much about your stats or item level.

While leveling, you can also craft some good gear through your professions. In an ideal world as a Hunter, you’d want to have Skinning and Leatherworking as your two primary professions, and as you quest, you’ll be doing plenty of Skinning. As such, feel free to craft up some Mail gear as you level, but don’t worry too much about Item Level, at least not until you’re level 70.

Before the release of Mythic Plus and raiding content, there are a couple of key ways to gear up: Dungeons, World Quests, and crafting. Crafting gear can actually net you the highest item level at this point, so definitely aim for those 382 pieces if you can.

Otherwise, regular Mythic dungeons will get you 372 gear, which isn’t too shabby. Here are some good pieces of gear to aim for in the new dungeons prior to the release of Mythic Plus and Raids:

You will notice that most of this gear favors Critical Strike and Haste, with only a few pieces granting Mastery. This doesn't mean Mastery is bad, just that the former two stats are slightly better. However, you will also notice that there is absolutely no Versatility here, and for good reason.

That said, if you pick up a sweet upgrade that happens to have Versatility as one of the stats it grants, wear it anyway. The boost to all your primary stats and item level is more worth it.