World of Warcraft: Dragonflight is jam-packed with a host of open-world activities, some of which will reward you with some nice rewards and achievements. While you are swooping around on your Dragon, it pays to be on the lookout for certain valuables, and if you want to find all the hidden Waking Shores treasures, you'll need to locate some particularly tricky ones.

This guide will explain how to complete the Treasures of the Waking Shores achievement, including all treasure locations and acquisition methods, as well as how to begin your initial progression.

This achievement requires a lot of heavy grinding, and is a big time commitment to complete. 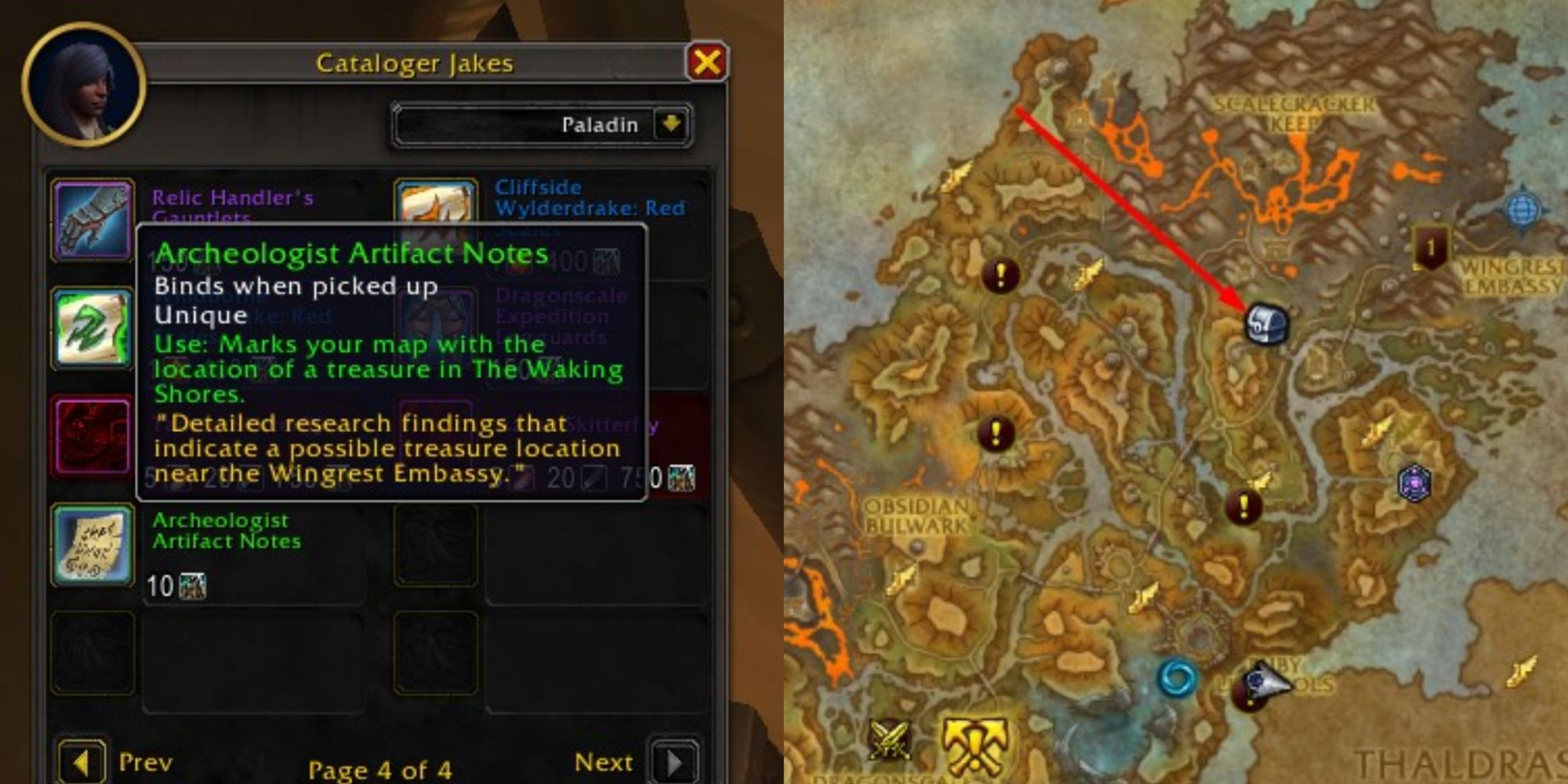 In order to begin your treasure hunt, you must first buy the Archeologists Artifact Notes from Cataloger Jakes. This is the subject of the quest Funding a Treasure Hunt, which is the follow-on from the Dragon Isles Supplies pre-quest.

Upon using the Notes, they will mark the location of the initial treasure on your map. Simply fly there and loot the Golden Dragon Goblet (found up on the ledge), to unlock access to the subsequent treasures. The Notes are cheap to buy, at only ten Dragon Isles Supplies, and although you can keep re-buying them over and over again, they serve no other purpose than letting you acquire the first treasure.

Cataloger Jakes can be found at 47.0 82.6, inside the tent at the Dragonscale Basecamp in the Waking Shores 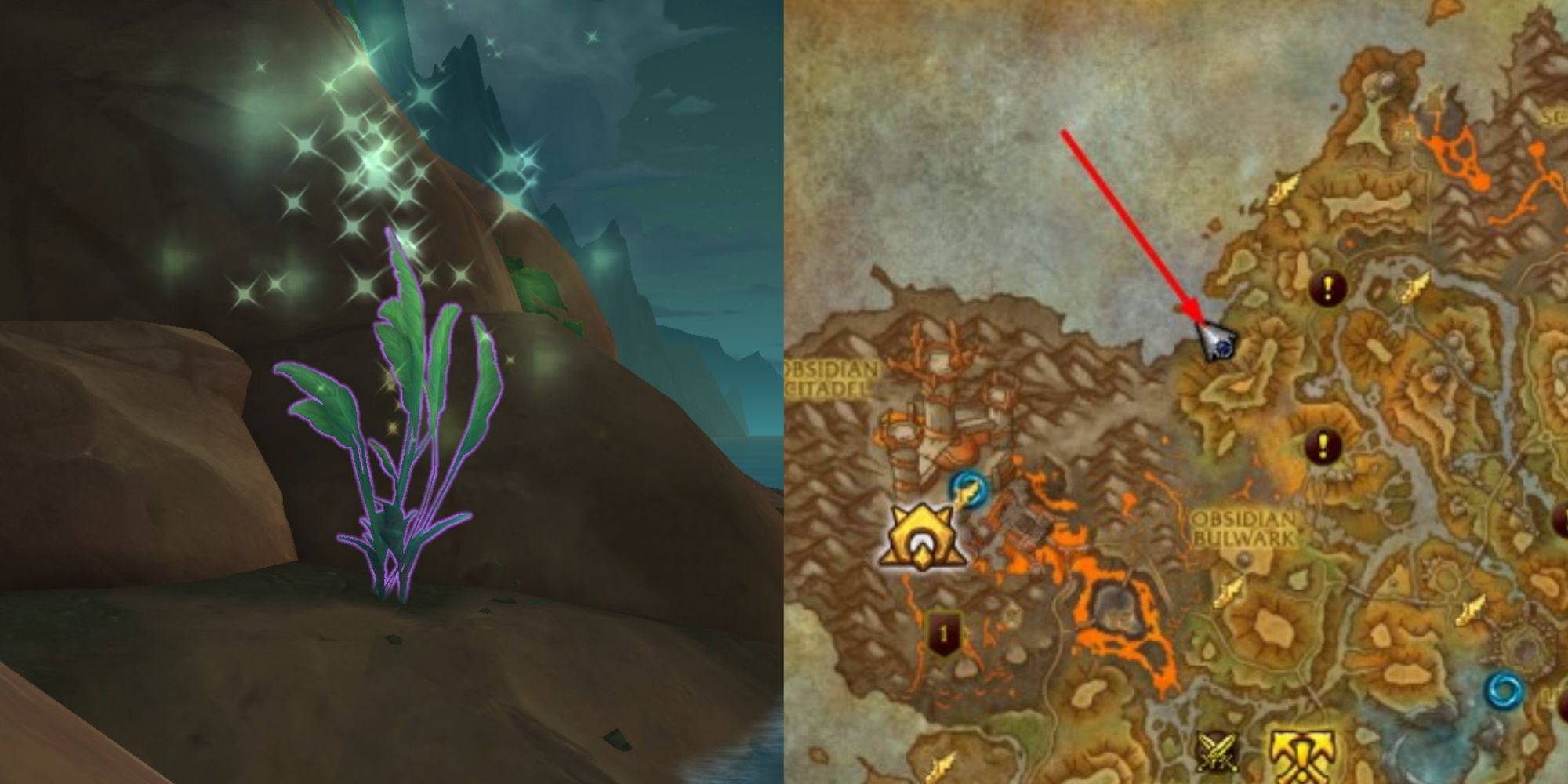 There are eight treasures in total, but they vary widely in how easy they are to acquire. Five of them are relatively simple, requiring you to simply fly to their locations and pick them up. However, the last three will require you to search various objects to find their corresponding map. Once you have found one of the maps, you use it in the same way as the Archeologist Artifact Notes, whereby it will show you the location of the treasure, and you need only fly over and interact with it.

The Bubble Drifter and both Gem Clusters are extremely difficult to acquire and are also subject to high randomness regarding item drop rates. Be prepared for a long grind to unlock them!

For the Bubble Drifter, after you have found the Guide To Rare Fish, you must first interact with the nearby Fragrant Plant, in order to be able to interact with the fish. The plant is found very close to the actual treasure, so you shouldn't miss it!

How To Farm Treasure Maps 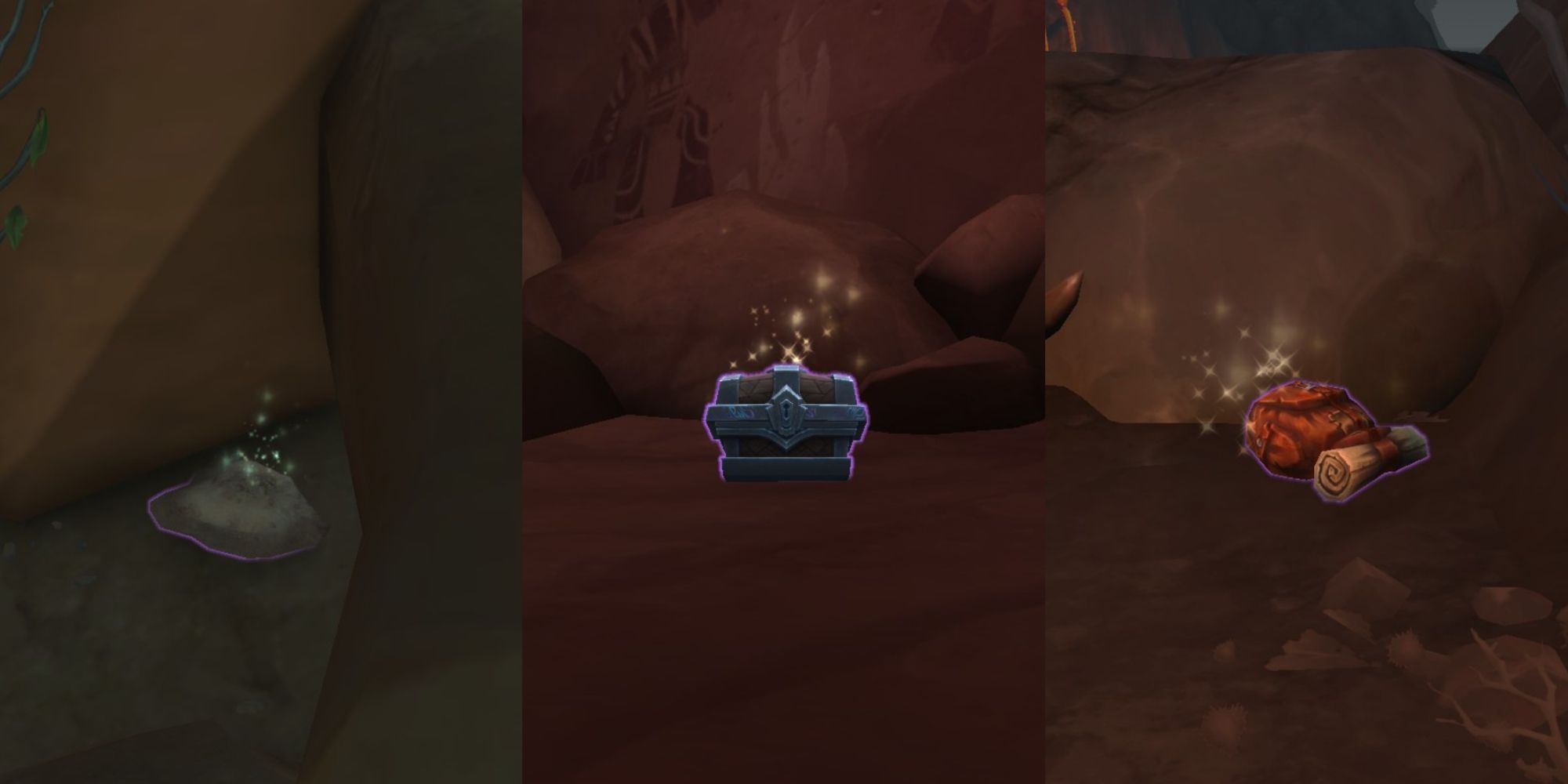 In order to obtain the maps needed for the Bubble Drifter and Gem Cluster treasures, you must loot three different types of containers:

All of these can drop the maps but at a very low rate. You will likely need to farm hundreds of these containers if you are to loot all of these maps, as they can also drop prerequisites to treasures in other zones.

The earliest container you can loot are the Expedition Scout's Packs, as it only requires you to have Level Two Renown with the Dragonscale Expedition. They are scattered around the entire Dragon Isles, and also contain Dragon Isles Supplies and random items such as Potions and sellable greys.

The next container to unlock is Disturbed Dirt. By far the most prolific, they are likewise found across the entire Dragon Isles, but with a much higher spawn rate than the Packs or Chests. In order to loot the Dirt, you must be in possession of a Small Expedition Shovel, Sturdy Expedition Shovel, or an Expedition Multi-Toolbox

The last and rarest container you can find maps in are the Magic-Bound Chests. Spawning in every Dragon Isles zone, they are few and between, with some even having specific unlock methods, such as dealing Fire Damage or solving a short puzzle. They often contain slightly better loot than the Packs or Dirt, so they are worth the hassle.

All three containers can also yield Primal Chaos, an important crafting reagent, and each one will grant you one or more Dragon Isles Artifacts, which can be turned in to Cataloger Jakes for Dragonscale Expedition reputation. Additional reputation items such as Titan Relics can be looted from Magic-Bound Chests.