Outlaw Rogue has been a great class for some time now. With the release of World of Warcraft: Dragonflight, Outlaw Rogue is looking better than ever. An alteration to talents and accessibility of abilities are just a few of the significant aspects of this new expansion.

As great as Outlaw Rogue has been in the past, it has seen even more significant improvements in damage output and ease of use. The ability to access talents from what only used to be Subtlety specialization creates some amazing possibilities for Outlaw to shine as one of the top DPS. 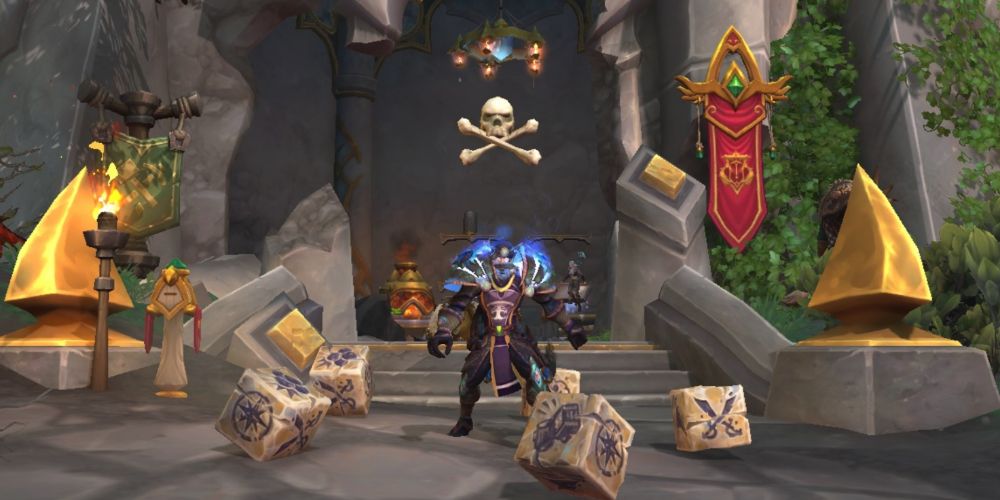 Here are some great aspects of Outlaw Rogue and why it is a great class choice:

1. If you love a challenging rotation to master, then Outlaw Rogue may be the class for you, as some wonderful talent choice combinations make this class extremely fun. If you've played the Outlaw and Subtlety specializations before, this new Outlaw version is the best of both worlds. You'll need to be nimble with your fingers and accurate in timing abilities to make the most of your DPS output, with just the right amount of challenge to do great DPS.

2. Seeing big Critical Damage numbers is a reward in itself. The Outlaw Rogue Spec hits hard, and it hits fast. You will certainly be pleased with the extent and quality of the numbers popping up, and the challenge mentioned above is well worth the payoff.

3. Mobility is a big key aspect of any Rogue class. The Outlaw Rogue is a fast-attacking class that will give you plenty of time to move out of mechanics and danger, but you will rarely stay still. So, if you love the idea of a rapid, high-focus class, then Outlaw Rogue is a great pick.

Though picking a race is up to player preference, you can certainly add to your Outlaw Rogue repertoire with some great racial abilities. Here are some races that can assist you in what Outlaw Rogues do best.

The choices here really come down to whether you desire stun and mobility reduction breaks or more/faster damage. The Night Elf Racial is unique but is a great way to reset a fight, disappear into your Stealth ability to come back for an Ambush, or run away to safety. Picking a race that makes you happy is the most important part, but you certainly won't mind if you have some extra abilities to add to your Outlaw Rogue Action Bar. 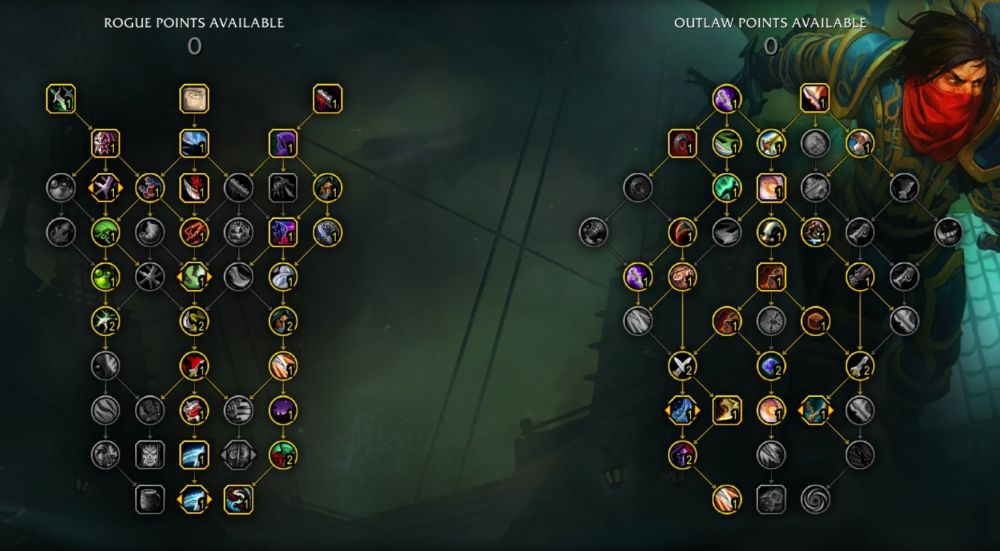 As you level, do your best to fill out these trees. On your adventures to level 70, you will certainly want to get Crimson Vial, Gouge, and Echoing Reprimand in your main tree. These will help you heal, interrupt enemies, and deal effective damage, all quite necessary for leveling. Some other notable Talents here are:

Other Talent Options To Consider

The big talents in the Outlaw tree that are necessary are Blade Rush, Sepsis, and Dread Blades. These will help your damage output tremendously and are extremely fun to use. These are all damaging abilities and will ensure you burn down the enemy's health bar quickly, even if they are extremely powerful. Here are some other notable talents in this tree that will help any Outlaw build.

Leveling is a great time to try out various builds or alterations of builds, to find out what works best for you, your playstyle, and your damage output. The option to change talents at any time is such a wonderful perk — just remember to save your builds, since you don't want to forget them if you create an overpowered one. 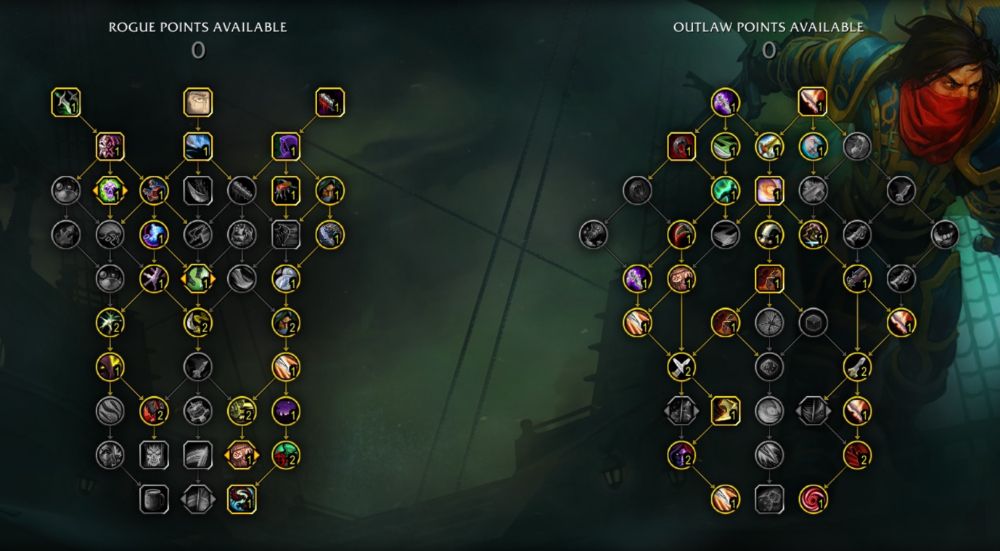 Any Outlaw adventuring into dungeons will want some AoE abilities to hit as many targets as possible. Not only is this talent tree build great for AoE with the help of Blade Rush and Precise Cuts, but its single-target damage output is also quite significant. The most important AoE abilities, alongside those previously mentioned, are Dancing Steel and Blade Flurry. These will ensure you can do some helpful AoE damage when taking out mobs. 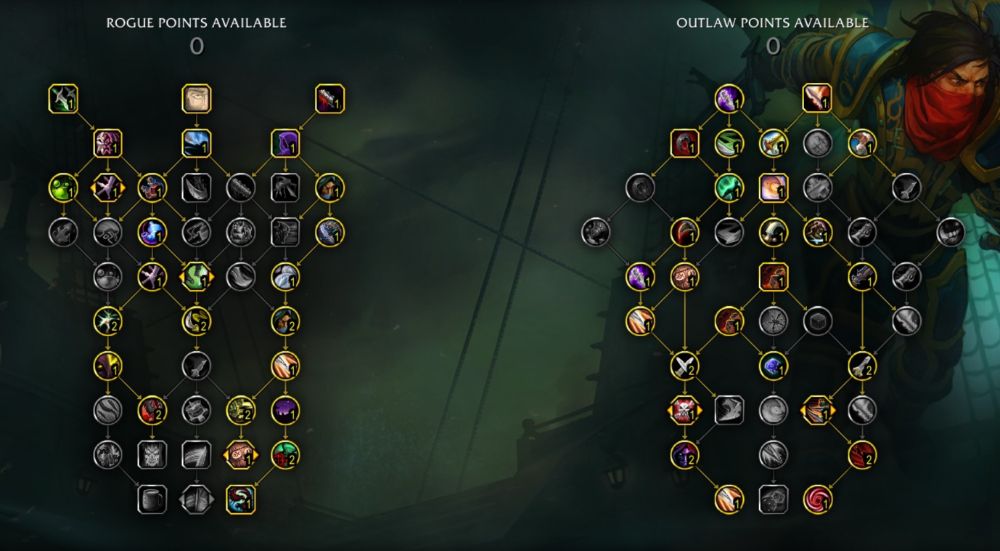 Focusing on single-target damage is probably the most important aspect when it comes to any DPS talent tree build. The key talents here change a bit from the previously mentioned builds, but will pay off when you are fighting one giant single enemy. The most notable are:

Half the battle here is knowing which abilities improve on each other. An example would be Blade Flurry and Killing Spree — a great single-target ability that becomes an AoE with the assistance of the other.

Talented abilities such as Shadow Dance are so important for any Outlaw Rogue, usually for reasons of survivability. To accompany talents like this, there are some others that are necessary picks, such as: 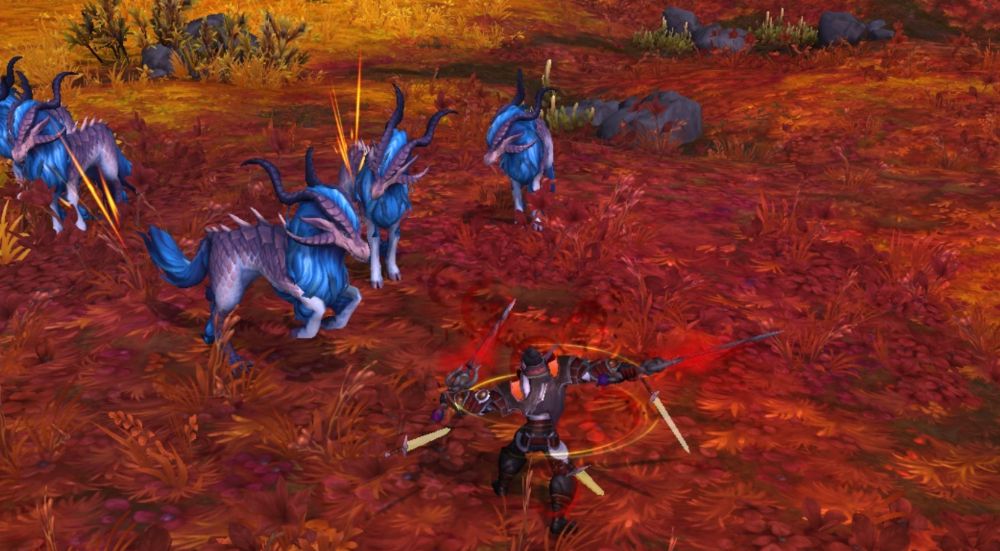 The rotation for Outlaw Rogue may seem overwhelming at first, and depending on the build you are using, it may change slightly. The most important aspect of any Outlaw Rogue rotation is the maintenance, upkeep, and play of Adrenaline Rush and Roll The Bones.

These two abilities play off each other even more so when using the Loaded Dice talent, and it is important that you get this down first and foremost. It would be in your favor to start off any battle with Adrenaline Rush and then Roll The Bones, especially if using Loaded Dice. This will boost your DPS output tremendously.

Following this, aside from any interrupts needed to be used as necessary, the rotation will roughly look like this:

If you can pair these together each time, that is even better. Use Sepsis for a large DoT, so don't use it if the enemy is about to die. Lastly, use Blade Rush on cooldown for single-target fights or when needed for AoE.

The best part of Outlaw Rogue is that there is only one simple macro needed to make the most of this class. It will cast Adrenaline Rush and Roll the Bones, one after another, with only one press of a button, and will essentially replace Adrenaline Rush on your action bar.

It may be helpful to use the Adrenaline Rush icon for this macro, so you know that is essentially the same thing. Another great Macro for Rogues who talent into Tricks of the Trade is:

This is great for Raids and Mythic+ dungeons, especially when you tend to pull aggro. The only additional note for this macro is to have your Tank set as your focus for this to work properly.

If you need assistance in creating Macros, feel free to check out our dedicated guide: 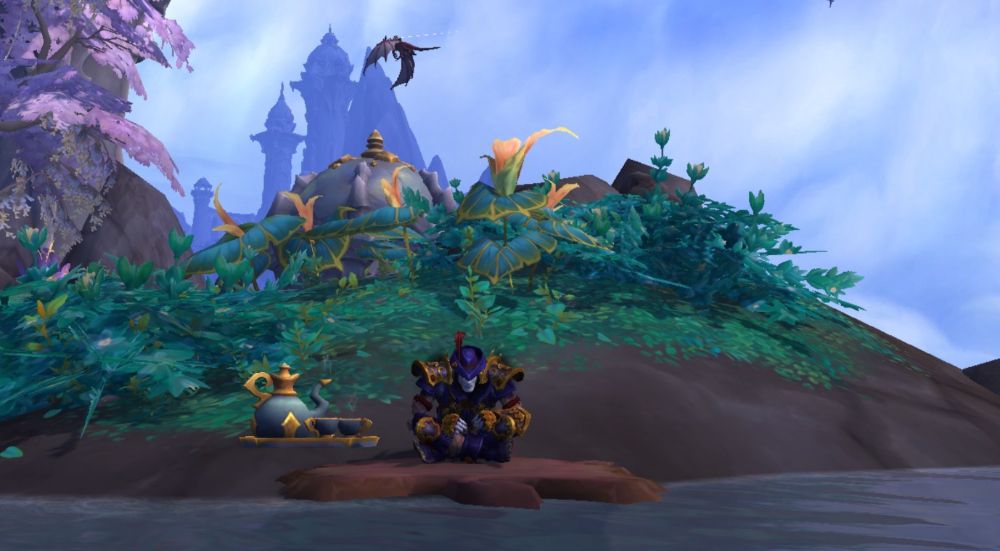 The good news for Outlaw Rogues is that stat priority for Mythic+ and raiding is in the same order. With Agility as your primary stat, your secondary stats will take the order of importance of:

While this is the go-to for Outlaw Rogue stat priority, feel free to play around with it a bit and see what helps you survive the longest, deal the most damage, and attack the fastest.

Outlaw Rogue has a handful of attack speed bonuses in its passive and active ability repertoire already, hence, the focus is on hitting harder.

You will want to focus primarily on getting your priority secondary stats high enough to be effective, then focus on the other secondary stats to a percentage that works for you. The best Gems for Outlaw Rogue are the Resplendent Illimited Diamond (for your Primalist Gem), Deadly Alexstraszite, Stormy Malygite, Radiant Alexstraszite, and Radiant Malygite.

Keep in mind there are diminishing returns on stats. Being above 30 percent of any stat will see you take penalties on their effectiveness.

It is noteworthy that your enchants will differ depending on the crafting tier. Here are some of the most important Enchants for any Outlaw Rogue.

The best Phial for Outlaw Rogue is the Phial of Tepid Versatility. This will increase your Versatility by 745 for 30 minutes. Drinking another Phial stacks the time.

The main Health Potion for Outlaw Rogues is the Refreshing Healing Potion. The Potion of Withering Vitality is also a great option but it will cause a DoT for the amount healed over 15 seconds. Cloak Of Shadows can be used to nullify this DoT.

The best food buff for Outlaw Rogues comes from the Feast of Gluttonous Hedonism and the Revenge, Served Cold foods. The first is a feast for a Raid and grants 20 in a stat for one hour, the other is personal food and grants 45 Critical Strike and Versatility for one hour. 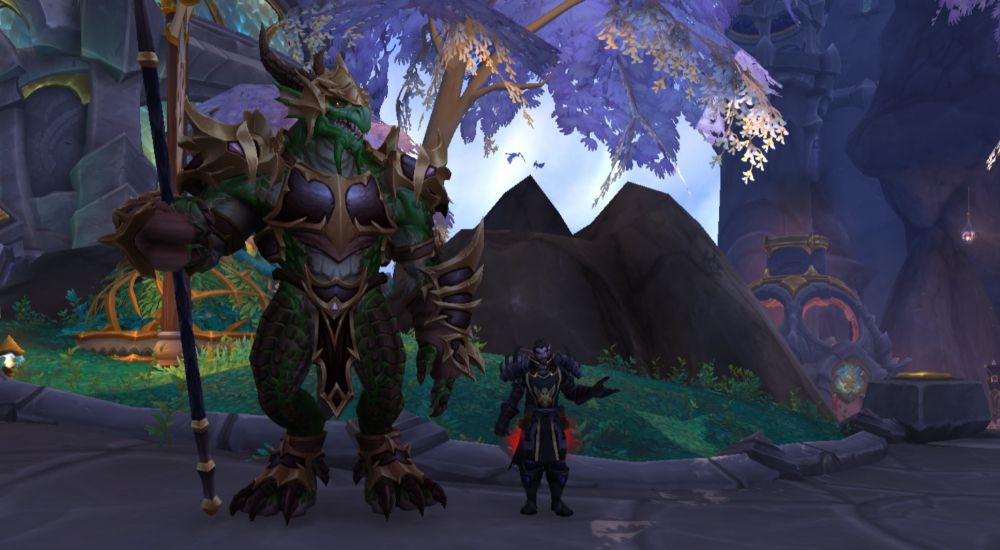 The best advice to gain gear when leveling through the Dragonflight zones is to do as many quests and dungeons as possible. You will gear fairly quickly, and your item level will skyrocket. However, your gear from Shadowlands Raids and Mythic+ will prove useful to about level 65.

Crafting gear is a great way to well…get geared! As an Outlaw Rogue, Skinning and Leatherworking are helpful professions, or you can buy crafted gear from the Auction House. You will make lots of gold as you level, so don't be afraid to spend.