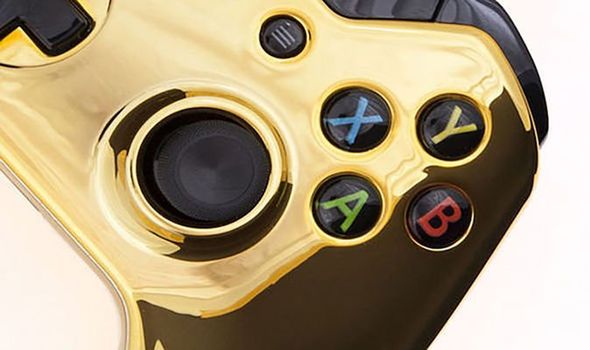 Xbox One owners are counting down to the Games with Gold reveal for April 2019.

The next batch of Xbox One and Xbox 360 freebies are expected to be revealed later today (March 26) at 4pm UK time.

Larry ‘Major Nelson’ Hryb usually makes the announcement on Twitter, and Express Online will update this piece the moment the games are revealed.

The first Xbox One and Xbox 360 games will go live on April 1, followed by a second wave on April 16.

Ahead of the free Games with Gold reveal, fans have been speculating about the identity of the new releases.

Kingdom Come Deliverance has been tipped to join the April lineup, alongside Enter the Gungeon, Yooka-Laylee or Sonic Forces.

Xbox exclusive Quantum Break has also been rumoured to make an appearance.

In the meantime, Xbox Gold subscribers can download and play the March selection of titles.

This includes Adventure Time: Pirates of the Enchiridion and Plants vs. Zombies Garden Warfare 2 on Xbox One.

Adventure Time: Pirates of the Enchiridion and Metal Gear Rising: Revengeance leave the service at midnight on March 31, while Plants vs Zombies will stick around until end of play on March 15.

“In this hilarious, action-packed shooter, you can attack as the plants or defend as the zombies in the all-new 24-player Herbal Assault mode, or choose your side in 4-player co-op or Solo Play to sow the seeds of victory!”

Adventure Time: Pirates of the Enchiridion: “Ahoy! The Land of Ooo is underwater and it’s up to Finn and Jake to find out why.

“Join our heroes as they explore the high seas, search for hidden clues, interrogate shady suspects and fight pirates to solve the mystery and save their waterlogged world!”