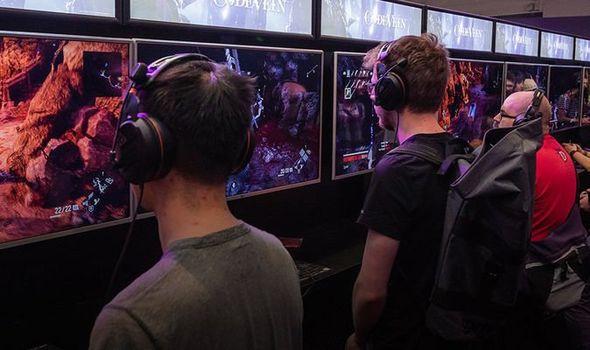 Xbox gamers have a brand new demo to test out this week, courtesy of Microsoft.

Having just got their hands on a set of Games with Gold titles, Xbox Live members can also grab a new trial.

And the good news is that it isn’t just limited to those with an active subscription on Xbox One.

Bandai Namco has released a special demo of upcoming game Code Vein on the Microsoft Store.

This is available to download now and contain a small slice of gameplay for fans to enjoy.

The full launch of action RPG is set for September 27 and will be available on a number of different platforms.

And the good news is that the new Code Vein demo is set to offer more content before the big launch.

Bandai Namco has announced that they will be expanding the current demo with new content for fans to try out.

The only downside is that some of this may require an Xbox Live Gold account to access.

The multiplayer mode and the Town of Sacrifice stage will be added to the demo soon and adds to what is already available to test out.

This includes using the Character Creator to create your own Revenant, as well as access to the first part of “The Depths”, a challenging dungeon that will test any Revenant’s skills.

Code Vein held a network test on Xbox One back in May, and in a new blog post, the team revealed how they have improved the game.

These improvements can be found in the Code Vein demo that’s available to download today.

“Based on this feedback, the team was able to identify around 30 elements to adjust and improve on,” a message from the dev team explains.

“We implemented those changes just in time for the new demo that’s now available on Xbox One.

“Throughout the network test, freedom of character movement was one of players’ main concerns.

“To address this, the team carefully reviewed all possible actions in the game to identify transitions between various actions that could be smoothed out – such as transition to evasion and combo acceptance timing. Almost all these actions received an overhaul.

“Based on user feedback, the weight of the attacks on enemies was improved by smoothing out animations, adjusting SFX timing, death animations, etc. In particular, the team focused on adding more enemy reactions.

“In the retail version, attacks with small damage will also create small flinch reactions from enemies.

“Unlike flinches and knockdowns from heavy attacks, the enemy attack will not be interrupted. Due to enemy reactions at each point of impact, the “meatiness” of attacks can be felt better.”

Another Xbox Live Gold bonus expected to arrive this week is the FIFA 20 demo on Xbox One.

The new trial is expected to include a number of high-profile clubs and stadiums to play in.

The demo is expected to drop on September 12, just a few days to wait for fans of the footy title.

However, it should also be noted that EA Sports have yet to announce their launch plans and means this release date remains a rumour.

But with the full launch of FIFA set for later in September, the demo launch can’t be too far away.