When it was reported last year, an Xbox One without the disc drive seemed like a potential home run for Microsoft. The Xbox One has lagged behind PlayStation 4 in sales through most of this generation, and a large part of that revolved around a botched launch and a steeper price point than its competitor. Microsoft has since rectified many of those problems, listening to its fans and adjusting its prices to compete with the PS4. The digital-only Xbox One could have landed as the best value console on the market, but not enough differential between it and the standard Xbox One S leads to it being a missed opportunity for Microsoft.

An Xbox One with no disc drive removes key functionality of the system. Not only does it lose the ability to play physical games, but it also loses one edge the Xbox One S has over even the PlayStation 4 Pro: a 4K Blu-ray drive. Losing the ability to play any physical media is a large blow, but with the right incentives, it could have made the case that it’s worth it.

Microsoft likely hoped to make up for this huge missing feature with a lower price point. By offering a more digestible point of entry to the Xbox One family of systems, the Xbox One could become the default system for families looking to buy a console without breaking the bank. Unfortunately, the Xbox One S All-Digital Edition is a paltry $50 cheaper than the standard Xbox One S with a disc drive. Not only that, but a simple search on third-party seller sites like Amazon or eBay reveals that you can easily find new, sealed, standard Xbox One S models for even cheaper than the All-Digital Edition as long as you don’t mind buying a game bundle that has been discontinued.

Microsoft tried to sweeten the deal by including three digital games, but the value those bring is questionable. Sea of Thieves continues to receive new content, but it’s far from a system seller. Forza Horizon 3 is spectacular fun, but it’s two and a half years old at this point and is regularly on sale in the digital storefront. As one of the most popular games of all time, Minecraft is arguably the most attractive game included in the bundle, but even that is an inexpensive purchase you could simply pick up independent of this system. Furthermore, Sea of Thieves and Minecraft are included in Xbox Game Pass, as is the newest edition of the Forza Horizon series, Forza Horizon 4.

Even from a cosmetic perspective, the Xbox One S All-Digital Edition does nothing to excite players. Xbox says changing the form factor would jack up costs, but with so little else incentivizing prospective console buyers from considering this model, something that looks cooler than a typical Xbox One S would at least catch eyes. With no optical drive, plus the fact that the more powerful Xbox One X is even smaller than the Xbox One S due to how technology shrunk in the time between those two models, the All-Digital Edition likely could have been significantly smaller, and thus given something else to make up for the lack of disc drive. 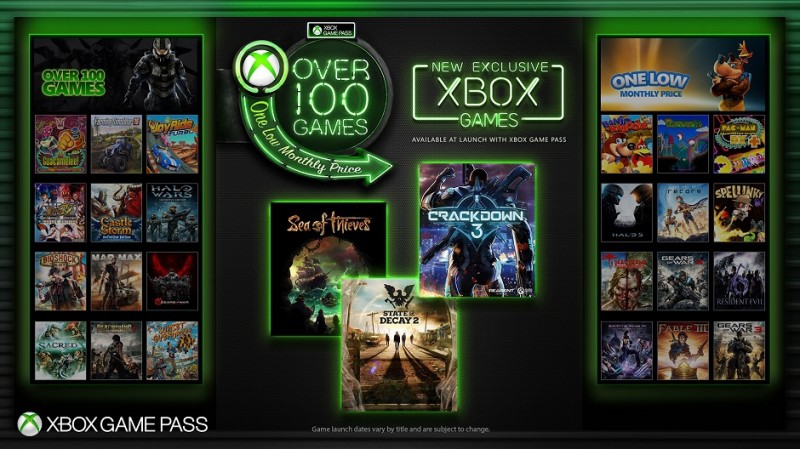 With a few adjustments, the Xbox One S All-Digital Edition could reach its full potential. At $250, the sweet spot isn’t far off. A $50 to $70 price drop could launch it into impulse-buy territory. If Microsoft is worried about losing too much money on hardware sales, it should focus on converting those who buy this Xbox One S to its Game Pass service. Scrap the free games and instead give buyers a few months of Game Pass for free, with a special offer to boost it up to a year at a lower price. Microsoft clearly has confidence in the service or else it wouldn’t continue to bolster its impressive lineup, so why not push that instead of three old games that offer no long-term return on investment to Microsoft? Hook people on Game Pass and the initial investment of bundling it with the system will eventually increase the service’s membership numbers as All-Digital Edition owners realize the massive value it delivers.

With the world converting to digital entertainment and streaming services, Xbox isn’t wrong to explore this direction. More people watch Netflix and Hulu than 4K Blu-rays, and there’s no denying the convenience of digital game downloads. However, you can enjoy those on a standard Xbox One as well, and still have the option to play physical discs (and enjoy their steep discounts). With digital games becoming more popular, game-streaming platforms looking like a new direction of the industry, and Game Pass becoming a better value by the month, the future is likely more focused on digital than it even is today. Microsoft is wise to eye the digital future, but it needs to optimize its plans to truly reap the benefits.