Yakuza 0 takes place in the late 80s, so plenty of things from that era of Japan are in the game, including telephone clubs. You can visit one of these places and talk to the women that call. As this is a Yakuza game, the activity is bizarre, mostly because it takes the form of a shooter.

The goal is to impress the woman on the other end of the phone enough that she agrees to meet. Therefore, it is a way for Kiryu to go on some dates. However, it's a little more complicated than it sounds. Here's everything you need to know to have some enjoyable nights.

Where To Find The Telephone Club 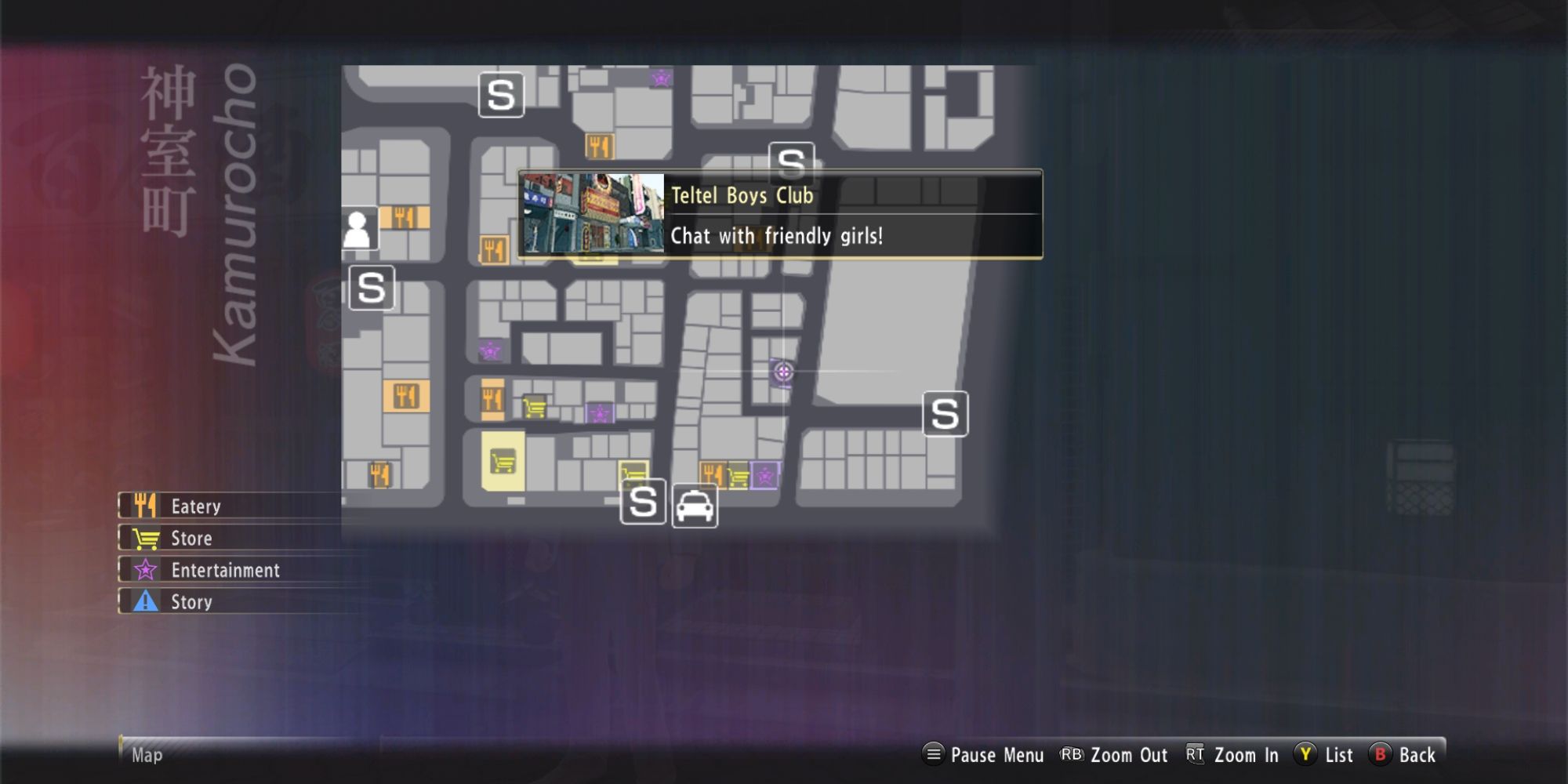 You gain access to the telephone club (Teltel Boys Club) in chapter five. The place is on Senryo Avenue on the eastern side of the Kamurocho map. Simply go inside and choose the length of your session to start talking with the girls.

How To Complete The Mini-Game 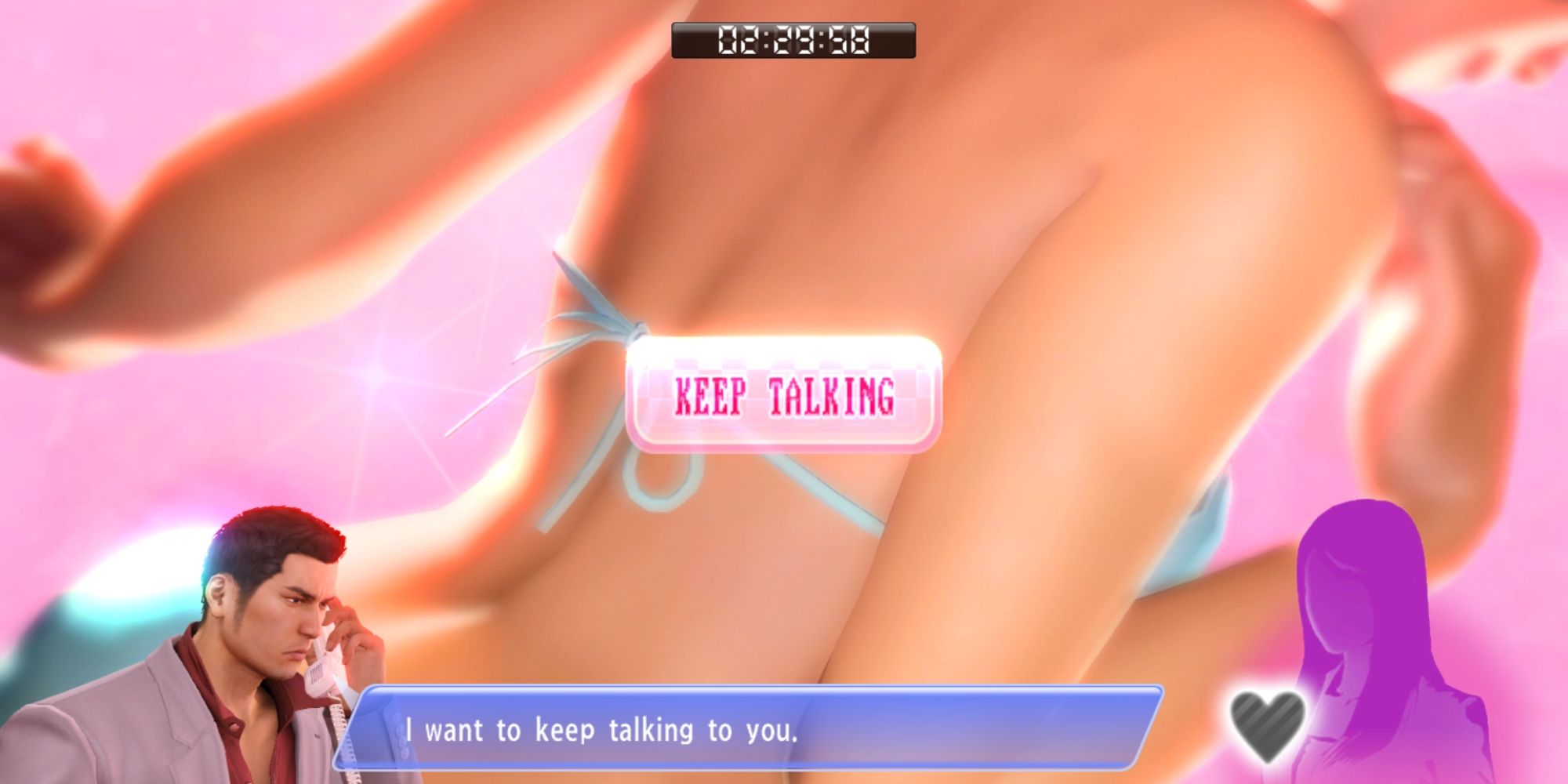 To have any chance of dating one of the women, you must complete the telephone club mini-game. So, first, you need to pass the one button QTE that occurs when they call. Then you progress onto the conversation, which is a shooting gallery.

For each section, shoot the question or remark that is either the sweetest or most logical for the situation – it's usually easy to tell which is the right one. Eventually, Kiryu will automatically ask her to meet up. If you make enough correct choices, she'll accept the invitation. 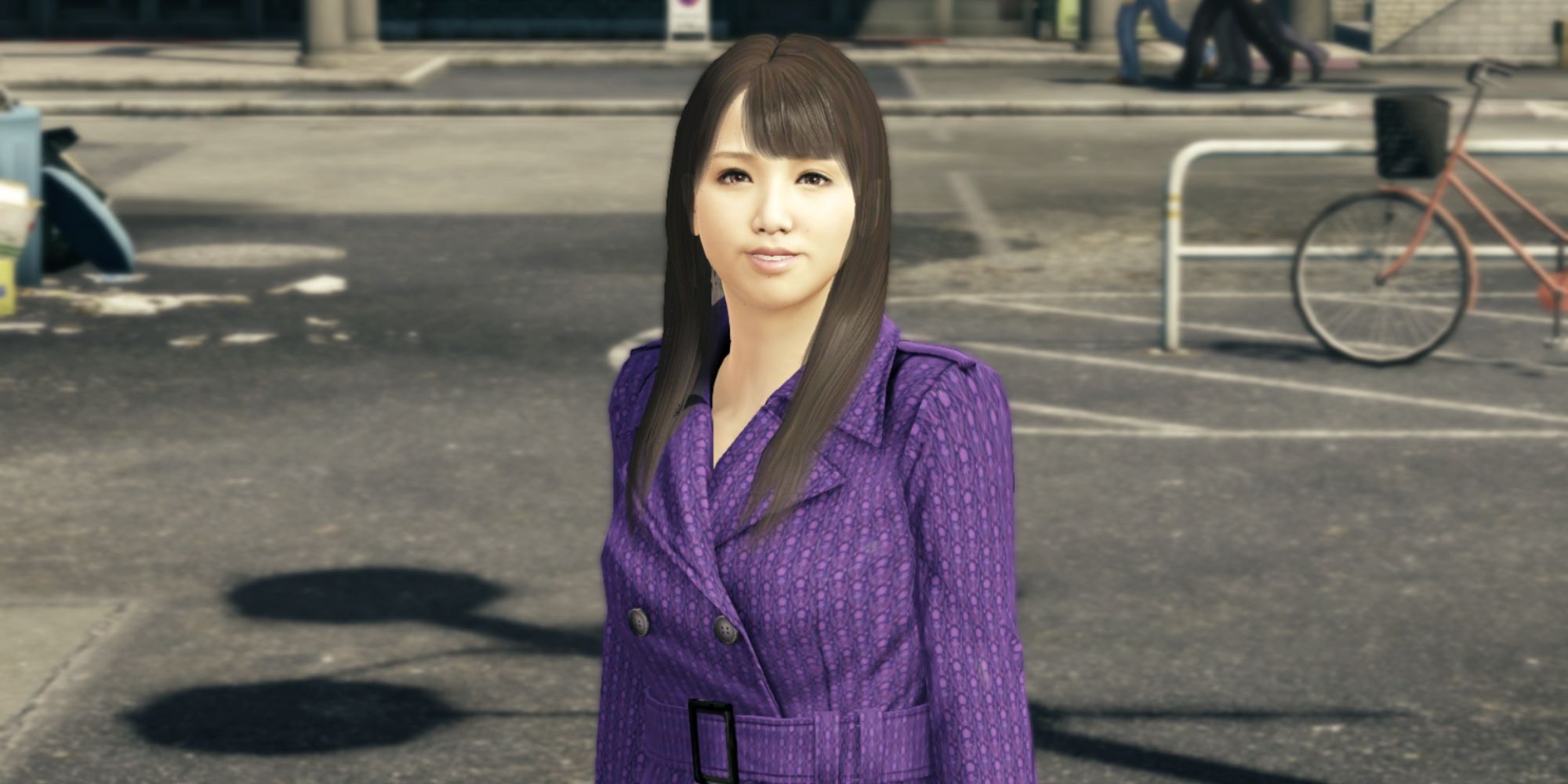 There are nine girls who call into the telephone club. You're able to organize a meeting with any of them. However, only three of the women will have a successful interaction with Kiryu. Three of the others will have awkward encounters with the protagonist, while the remaining ones won't show up at all.

Each meeting serves as a substory. The no-show girls all have the same one. Those who actually turn up, though, have individual substories.

How To Beat The Substories 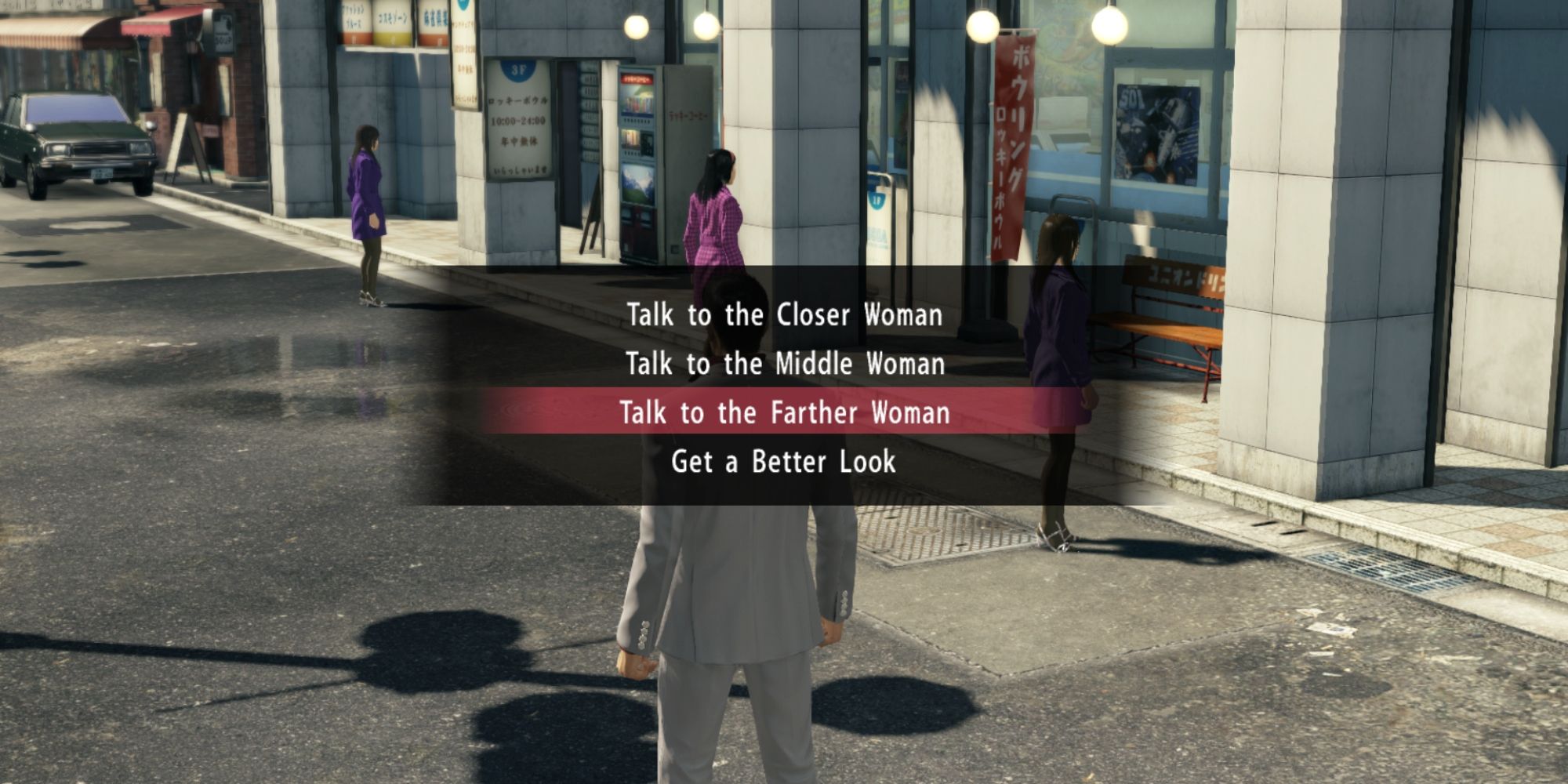 The substories start immediately after you arrange to meet the girls. Most of them are simply a set of conversations.

The Ayaka, Riku, and Haruki ones are a little more complicated. In each of them, you have to figure out which is the girl you're meeting. Here are the correct choices:

How To Go On More Dates 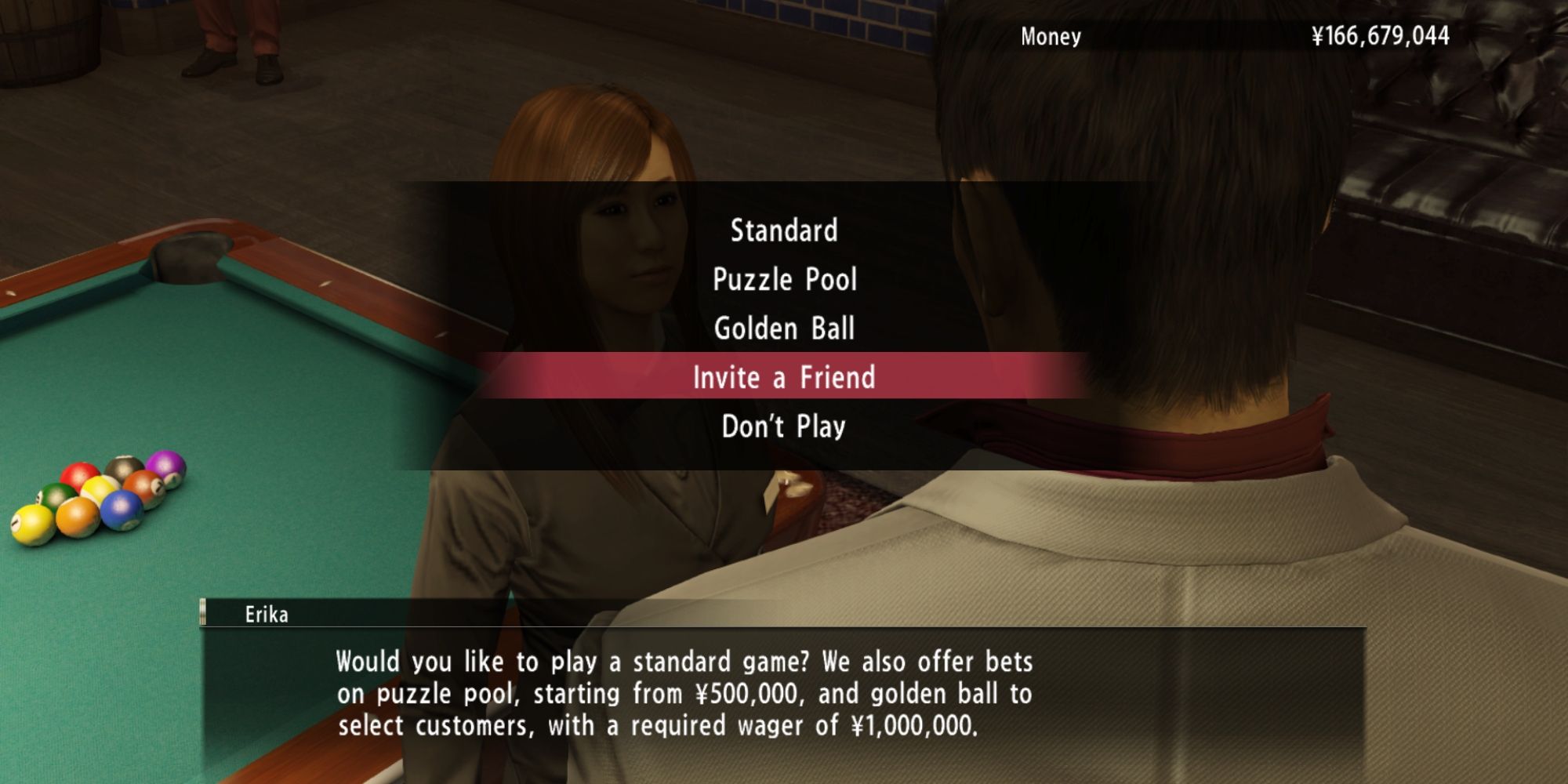 After meeting with either Ayaka, Riku, or Haruki, you get their pager number. With it, you can contact them to join you in an activity. For instance, you can play darts, bowling, or pool with them. Alternatively, you can invite them to the disco or karaoke. To do so, interact with a two-person activity, and the option to invite them will be in the menu that pops up.