Street brawls and boss fights are a core component of the Yakuza series, but Yakuza 0 was the first game to allow players to switch up their fighting style on the fly mid-battle. As well as being able to switch between different styles, players can also use weapons during battle to inflict extra damage to their opponents.

These weapons fall into two categories; items you can pick up from your surroundings during a battle to use against opponents, or weapons that you can equip to use in battle. For everything you need to know about equippable weapons and how to use them, we have a complete guide right here.

How To Equip Weapons 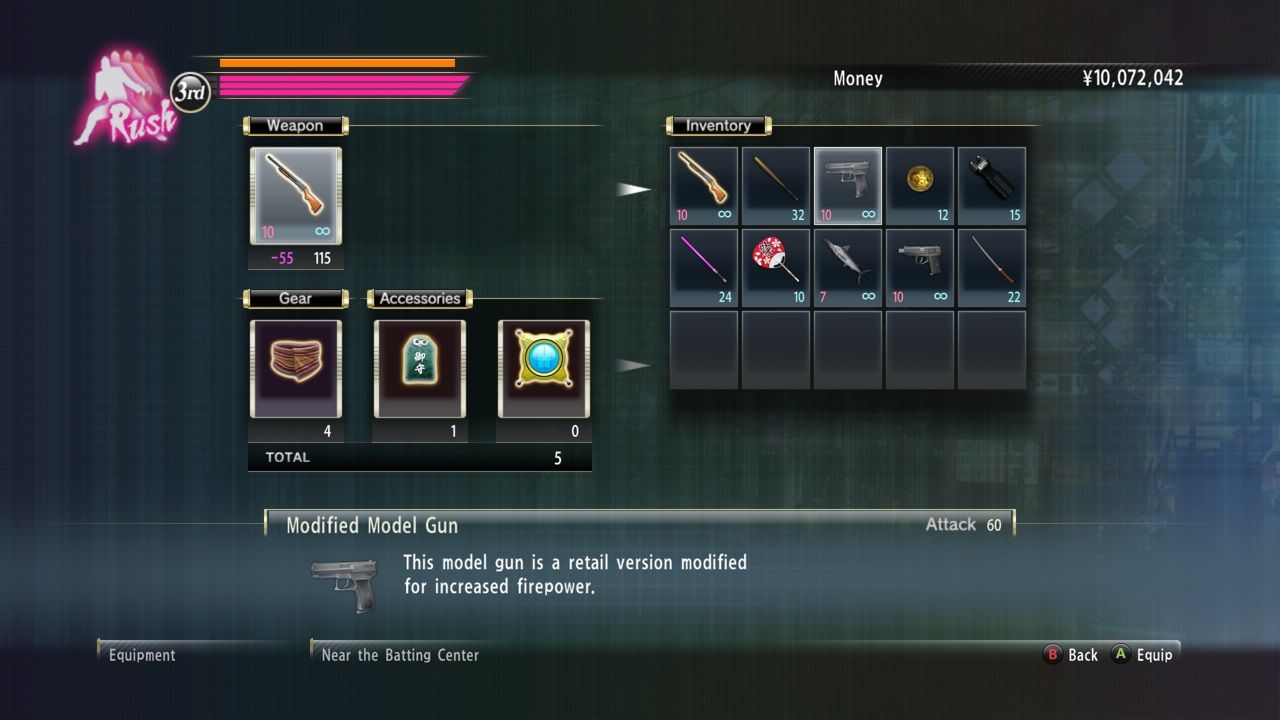 You can equip weapons from the main menu, but you can only ever have one weapon equipped at one time. If the weapon has an infinity symbol, it will never break. If it has a blue number, this is the number of regular attacks you can perform with the weapon before it will break.

However, when it comes to weapons such as guns, you have a finite number of bullets, represented by the red number. Once the ammo runs out, performing an attack with the weapon will result in you striking your enemies with it — essentially pistol-whipping them.

You can repair weapons and replenish their ammo/regular attack count with Repair Kits (which can be obtained from Dream Machines) or by visiting the Repair Shop once you have unlocked it.

How To Use Weapons in Battle 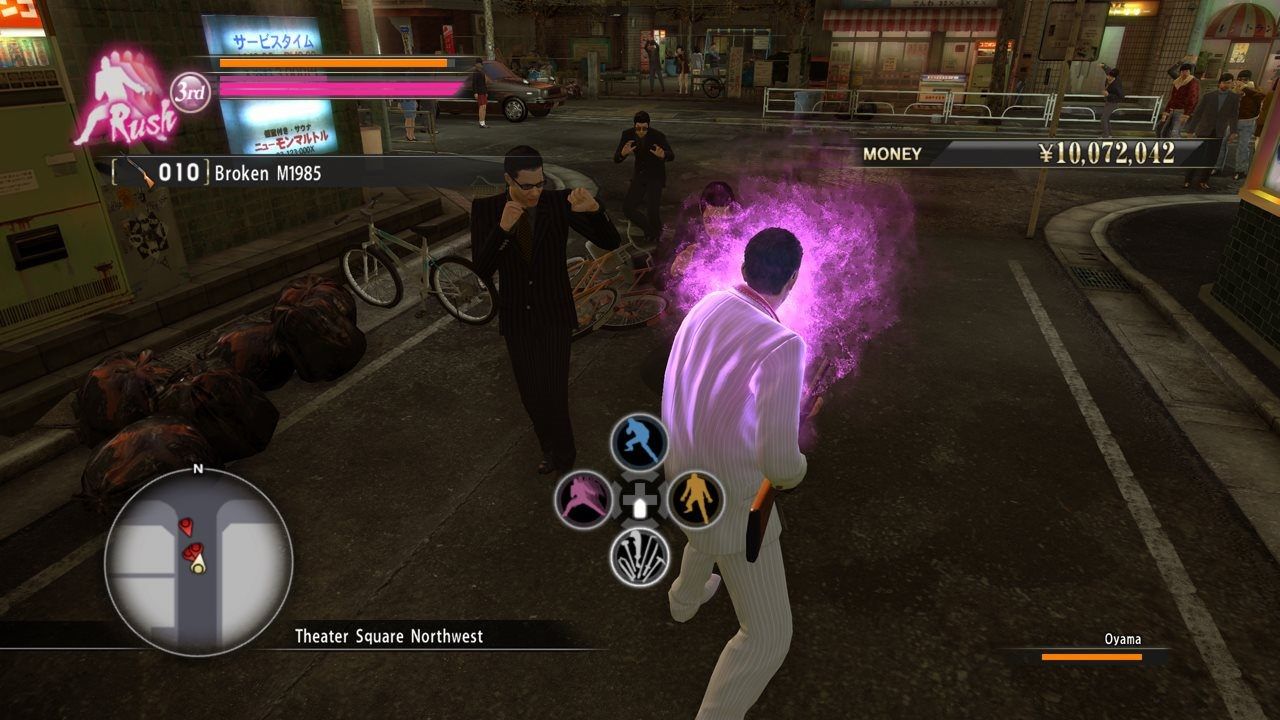 Even if you have a weapon equipped, you will simply be attacking with your fists by default when you enter into a new battle. To arm yourself with your equipped weapon, you need to press down on the D-pad.

Once you have your weapon in hand, you can press your attack buttons to use it, or if it is a weapon that can be fired then you need to press the Heat Attack button in order to actually fire it. Once a weapon has run out of ammo or its regular attack count reaches zero, you will default back to your fists.

Where To Get Weapons 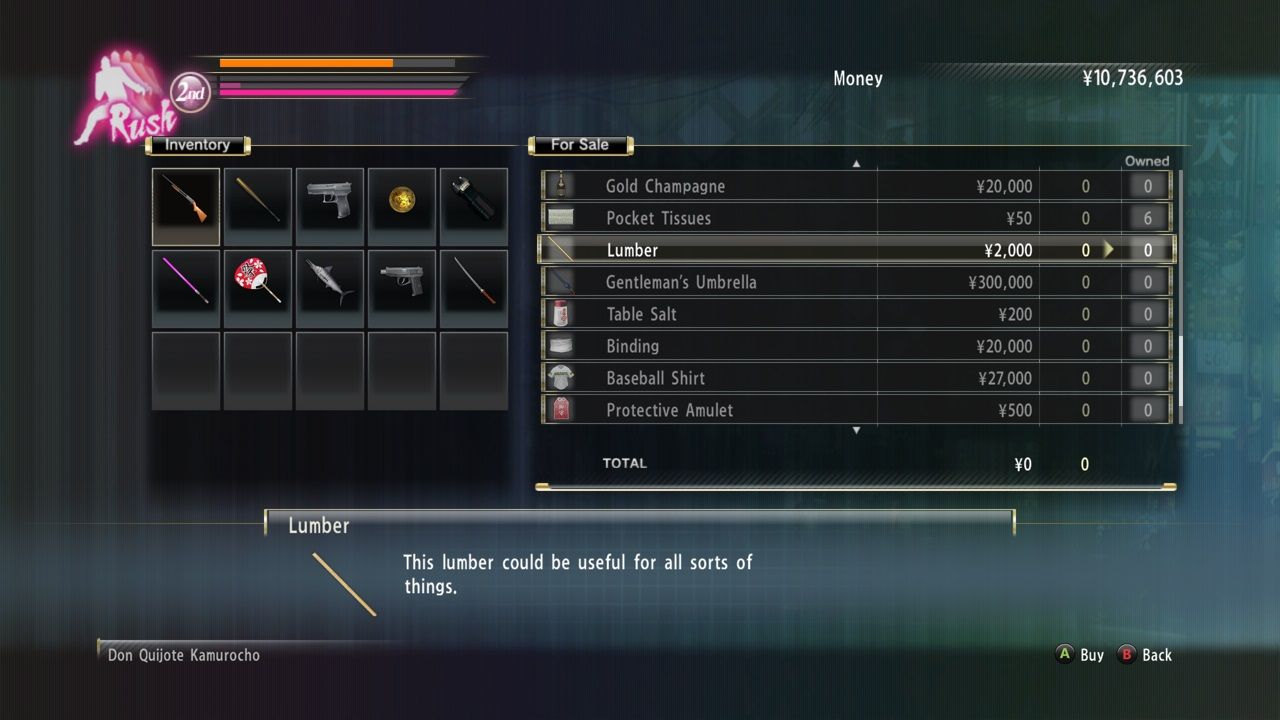 Weapons can be obtained in a variety of places, such as rewards from substories, dropped from enemies, the coliseum, or purchased from the following stores: