Remember Excalibur? The sword wedged in the stone as enchanted by the wise magician Merlin in Arthurian legends? If you don’t recall, this sword would not be pulleth out by the hands of a mere mortal, but only by that of the One True King, the One Who’s Divinely Appointed By The Gods, and the True Heir of the legendary Uther Pendragon. Now this fable can be revisited in the free game, ‘The one who pulls out the sword will be crowned king’, in which you can put your might—or stamina—to the test. Any failure to do so will earn you the title of a “filthy peasant”, as described ever so succinctly by the game’s Steam page. Whip out your mouse and get ready to yank, king-to-be.

This isn’t as straightforward as it seems, however. There are two modes to this game—an online and offline mode. The offline mode features a sword with a fixed length, along with some accessibility options to make your regal endeavour a little easier, but the online mode is where the crux of the game is. True to the Arthurian tale, you won’t be the only one trying to give this legendary blade a tug here; other players will be, too, and every time a player manages to rip the sword out of the stone it’ll get longer and heavier.

The payoff for this, of course, is that you’ll earn a nifty Steam achievement for all these efforts, which is a feat that’s only achieved by, hm, 30 percent of its players so far, as well as having your name etched onto a very important-looking scroll, featuring a list of the 100 most recently crowned monarchs. I’ve personally spent a good half an hour heaving at the hilt, and all I’ve achieved is probably a few measly millimetres of metal sticking out of the darned boulder, as well as an aching trigger finger. And the number of attempts has now made this endeavour infinitely more challenging; the last king was crowned a staggering ten hours ago as of this writing—a stark contrast to how a new king was crowned every few minutes as reported earlier by Rock Paper Shotgun. The difficulty level was also at 10,000 when I played it, so be prepared to spend at least a few hours on this, probably. 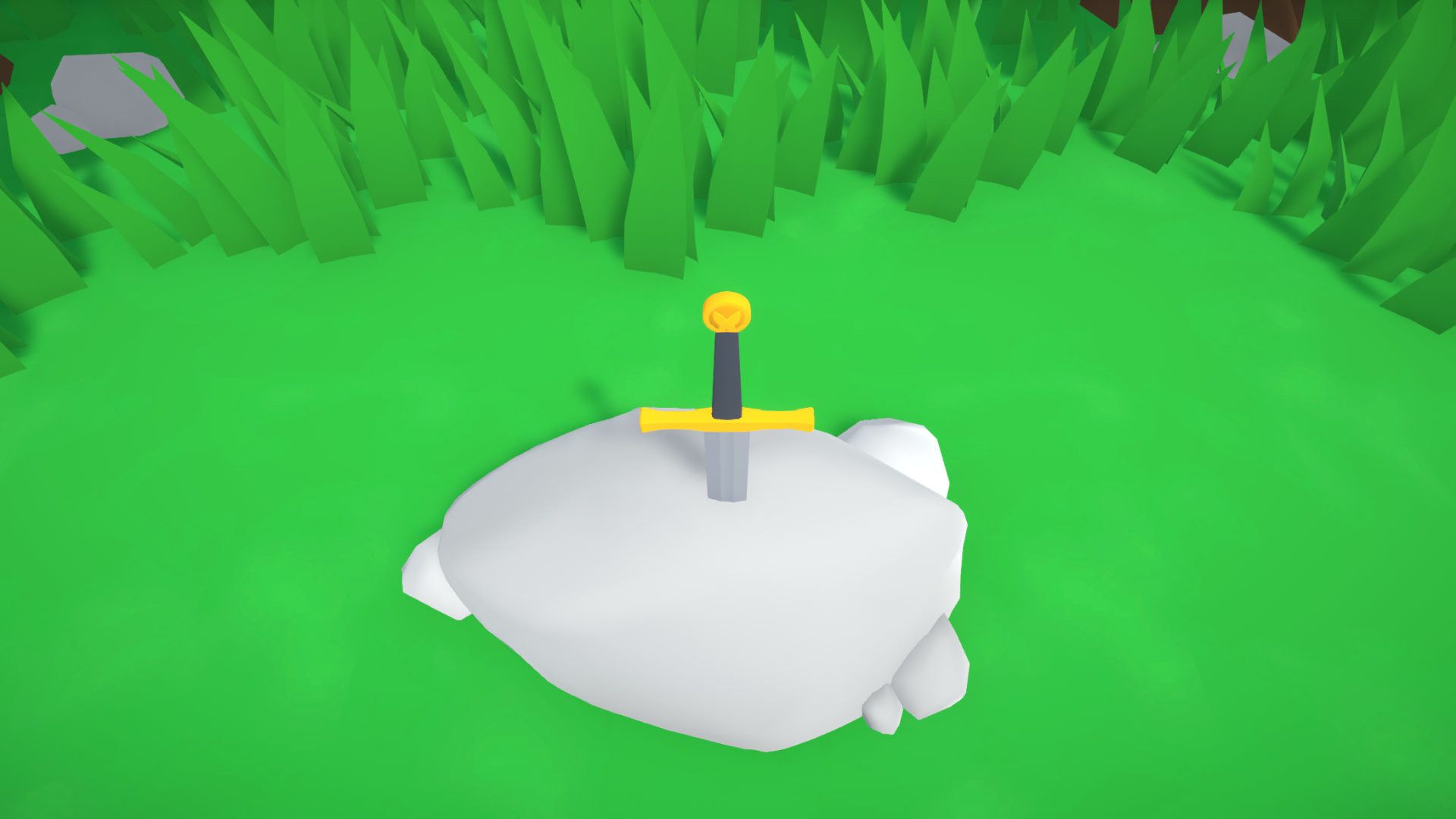 There are several things you can take note of, however. Unlike Elden Ring, there’s a pause button that isn’t quite as hard to find; it’s the escape button—a life-saviour when you need to take a quick leak or tend to an emergency, like a fire in the kitchen—which lets you lift your finger off the mouse, or adjust the position of your device when it has reached the boundaries of your table. As long as you keep your mouse pointer on the sword, or keep the left mouse button pressed on the Excalibur, your sword will remain in the position. Failing these, however, and you’ll hear the damnable sound of the weapon sliding right back into the enchanted stone. I’ve found that using my Steam controller makes this slightly more bearable. And just in case, remember to turn up the in-game mouse sensitivity to 900 percent.

Or you can always install a third-party software, but that’ll just make you an illegitimate king.

You can give sovereignty a shot over at the game’s Steam page.