Yu-Gi-Oh! Cross Duel is the latest game entry in Konami's ever-popular trading card game franchise. Playing against three other opponents, it's quite different from the traditional game we all played growing up. And while familiar cards like the Blue-Eyes White Dragon and Dark Magician are present, their designs are completely different. This gives you room to explore ways to build around your favorite card, unique only to Cross Duel.

Like any other Yu-Gi-Oh game, deck building is a big factor when it comes to playing, and the meta game has started to take shape. With this in mind, here are the best decks to run in Yu-Gi-Oh! Cross Duel. 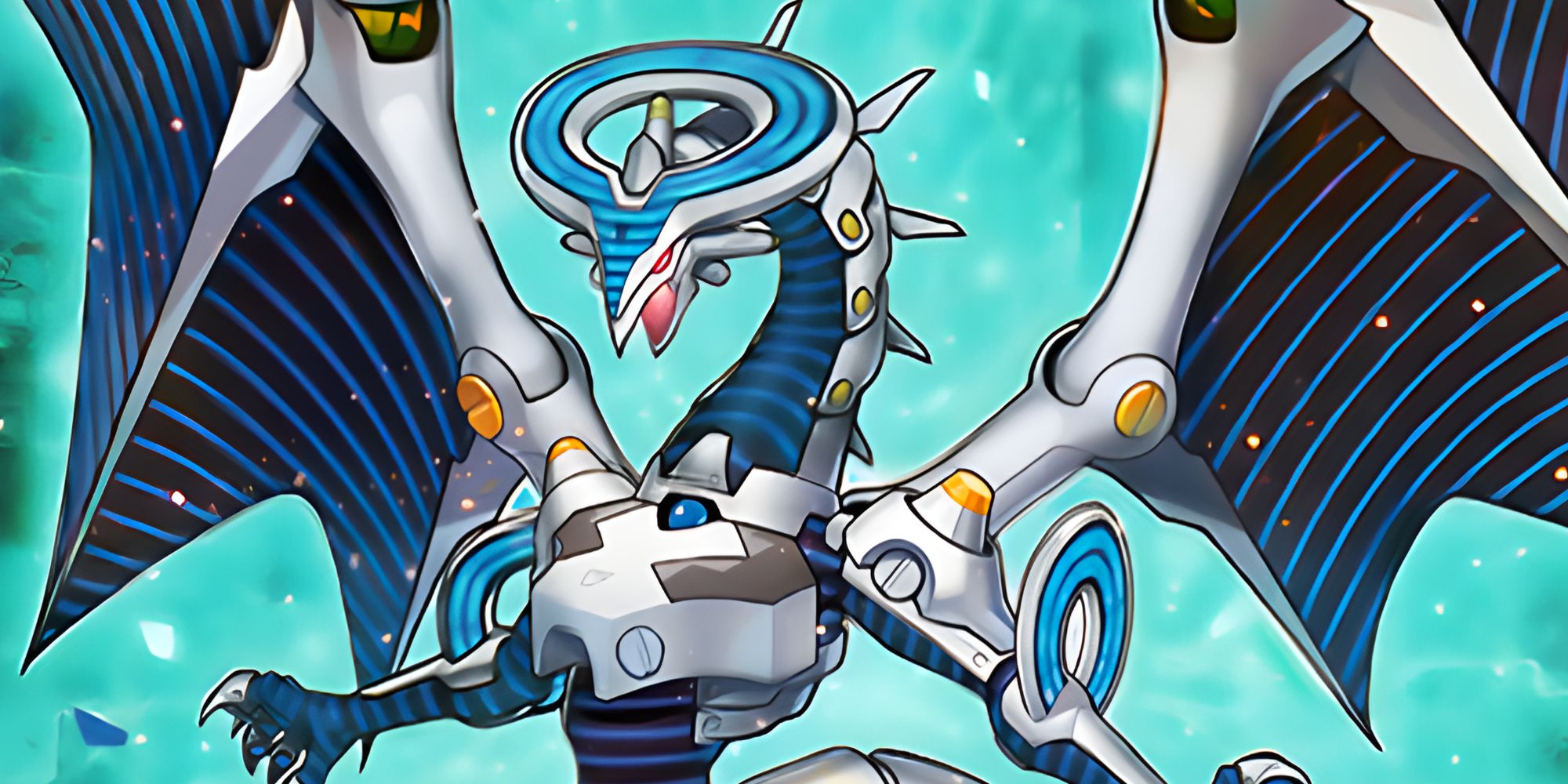 Firewall Dragon is an aggro deck that aims to overwhelm each lane with monsters saddled with the Link Arrow Skill. These monsters put pressure on your opponent, as you consistently have the threat of summoning your Ace Monster, Firewall Dragon.

This deck is strong in the current slow-paced Meta, as it forces answers out of your opponents. Usually by turns three and four, you have both field and card advantage. 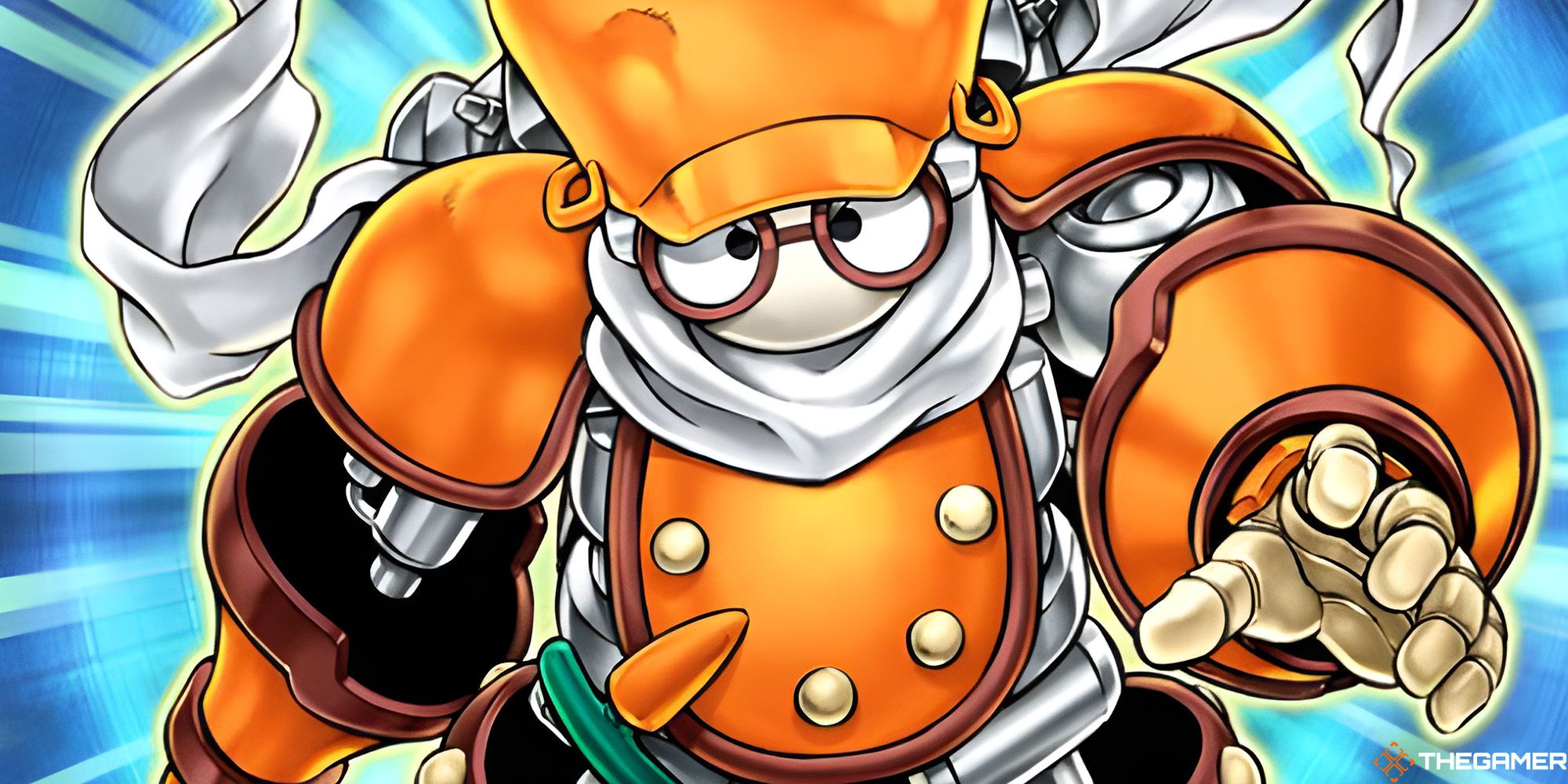 There's no denying how strong aggro is in the current Meta, and Junk Synchron sits close to the top. The deck constantly pumps out waves of monsters, drowning the opponent under pressure. Junk Synchron itself ties it all up thanks to its strong Cohesion and Focus skills.

Players will look to flood one or two lanes with monsters that constantly have their ATKs grow. And even if these monsters were cleared, prepare to face the wrath of a 3000+ ATK Junk Synchron at the end of it! 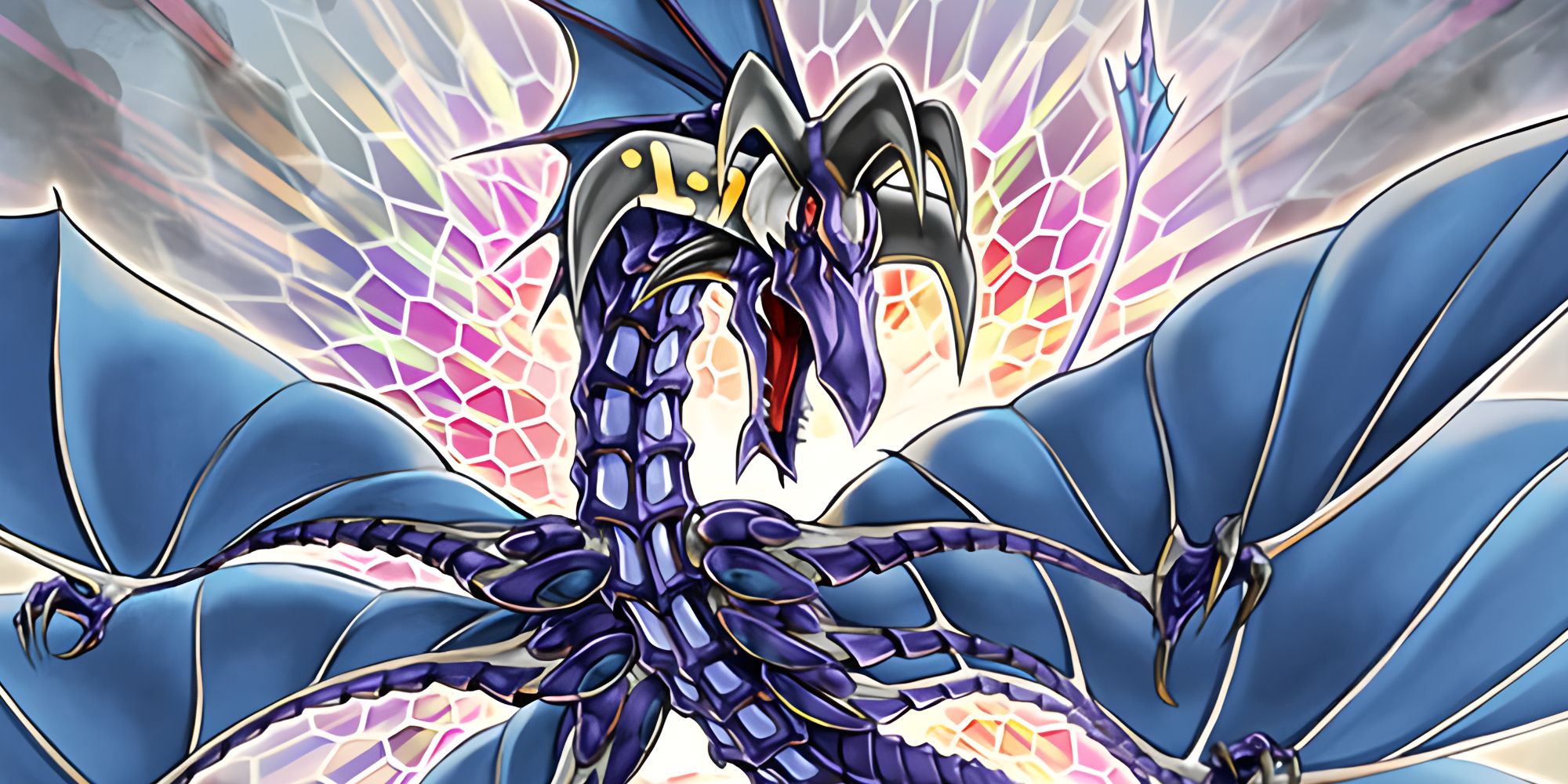 Put simply, Leviathan Dragon is a late-game menace. It starts each duel off playing defensively and setting monsters in DEF position. Towards the end of the game, this deck takes command of each lane with powerful and healthy monsters.

Thanks to its Ace Monster Number 17: Leviathan Dragon's Master Skill, it gives each monster the skill Focus, granting the monsters 200 ATK during every main phase. This results in a horde of beefed-up units marching down the lane. 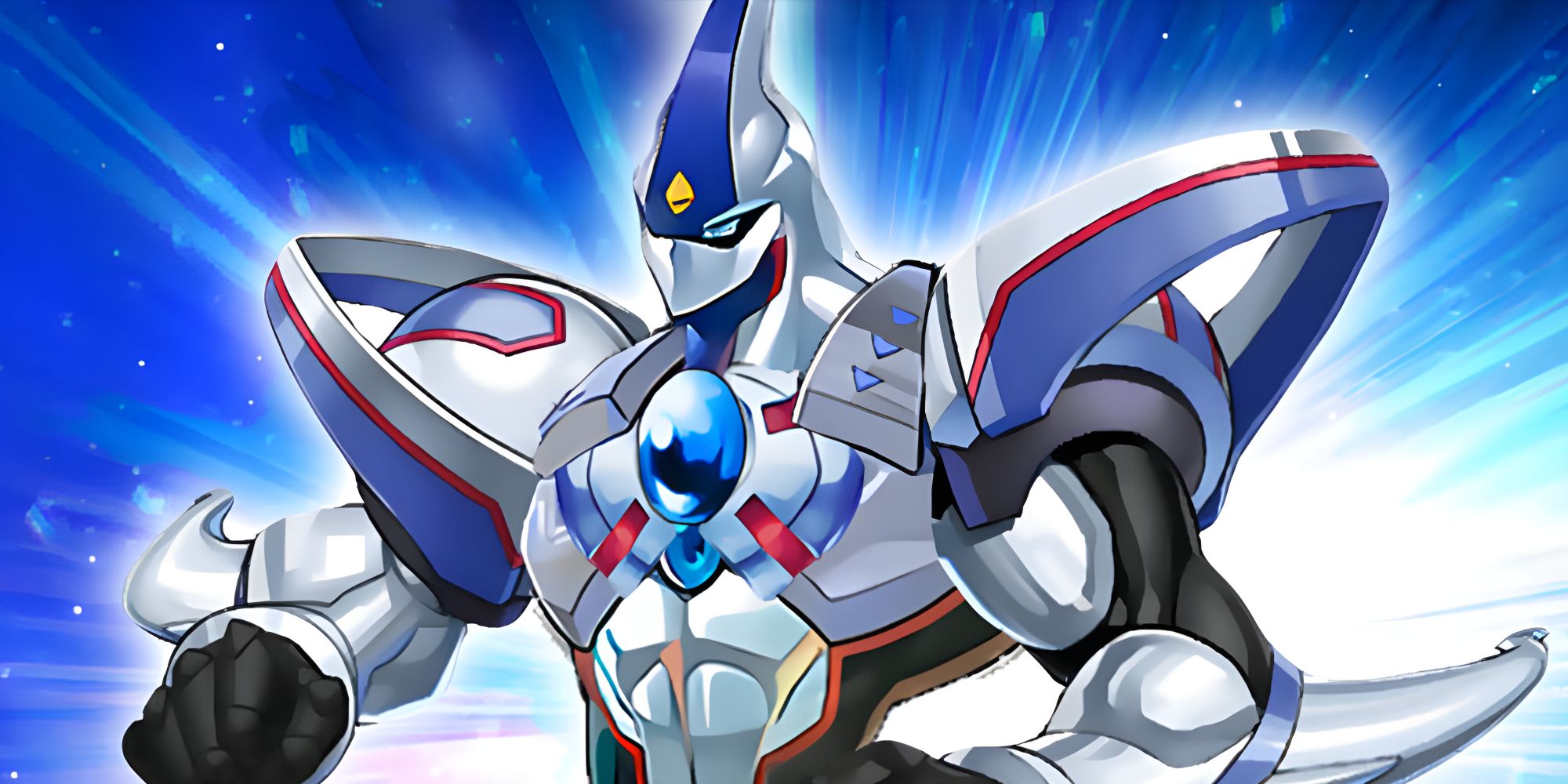 At the start of each duel, a free card is up for grabs in the middle of the board. With a bit of luck, Elemental Hero Neos gives you the free card uncontested. This results in both board and hand advantage over the others.

While the nature of the deck is similar to aggro, this deck controls the pace similar to control. It dictates which lane and opponent the other players can focus on. In large part, this is thanks to the Superspeed skill that allows monsters to zip down any vulnerable lane. 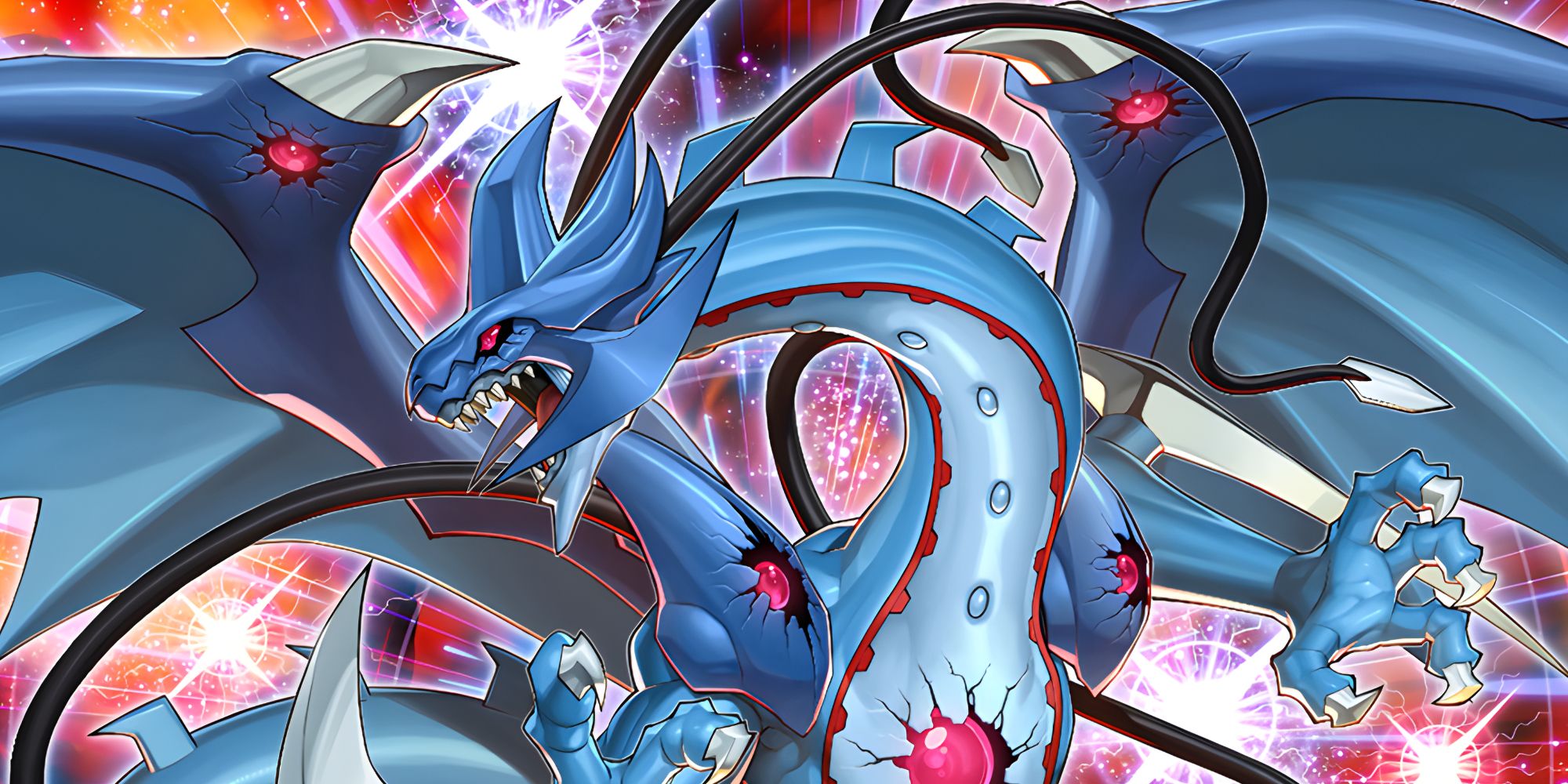 Multistrike Dragon Dragias has the potential to end the game thanks to its OTK prowess. This deck is quite complicated to pilot, but oh boy is it satisfying to end games on a whim. In a meta dominated by aggro and control, Dragias brings a different flavor to the table.

The main gist of the deck is you fill the board with monsters, then grant them the ATK skill. The end result is usually 8000 damage staring down the poor player it chooses to duel with. Certainly a fun way to end games! 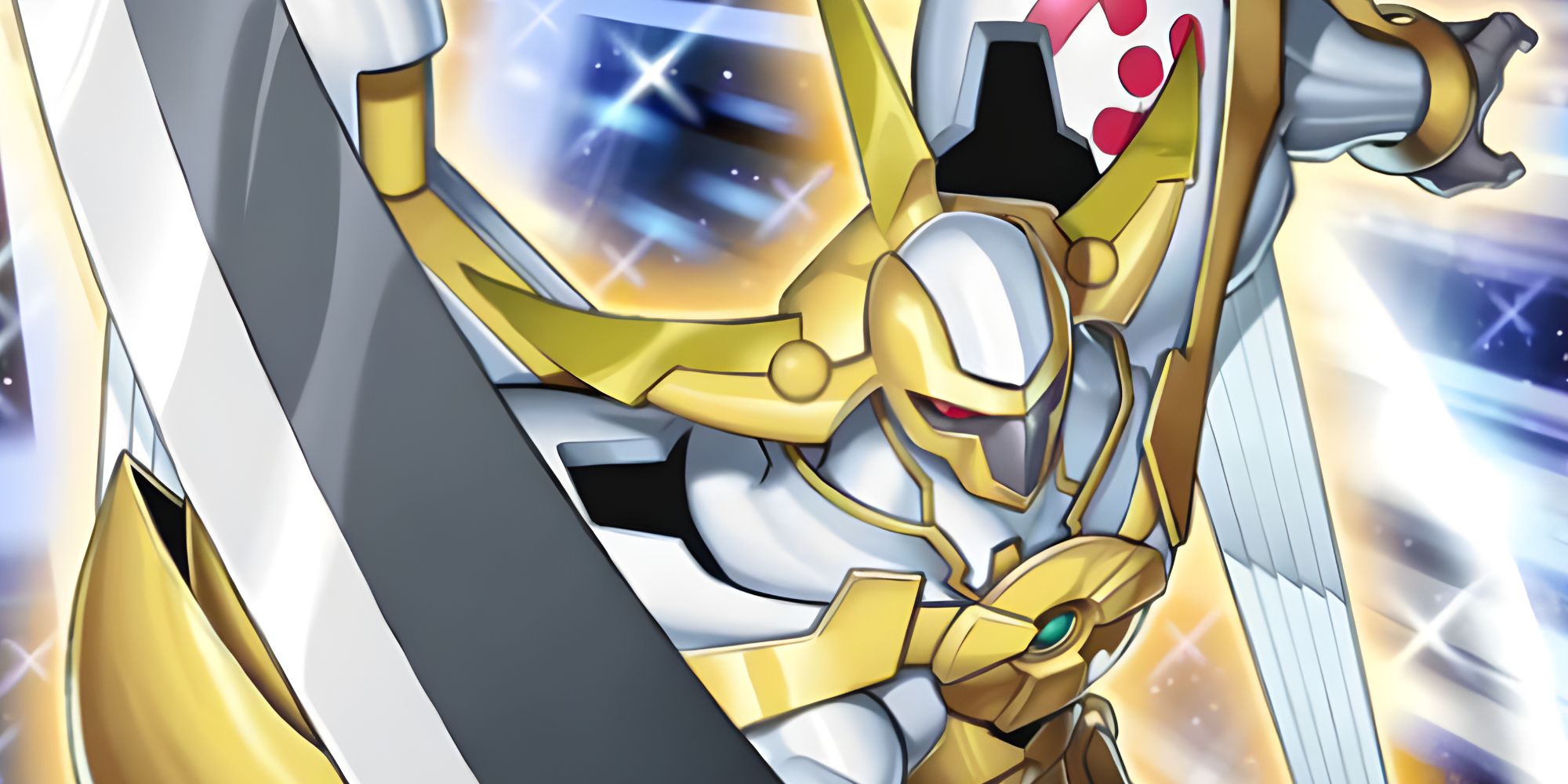 This deck is a fun entry in the meta as it consistently wins monster duels. In a meta littered with small swarmy monsters, Utopia debuff gives duelists a way to pump out value thanks to the ATK Debuff skill.

The goal of the deck is to simply whittle down incoming monsters, making them ripe for the picking. This results in a commanding presence late in the game. Having a 2500 base ATK Ace Monster in Number 39: Utopia isn't too shabby, either! 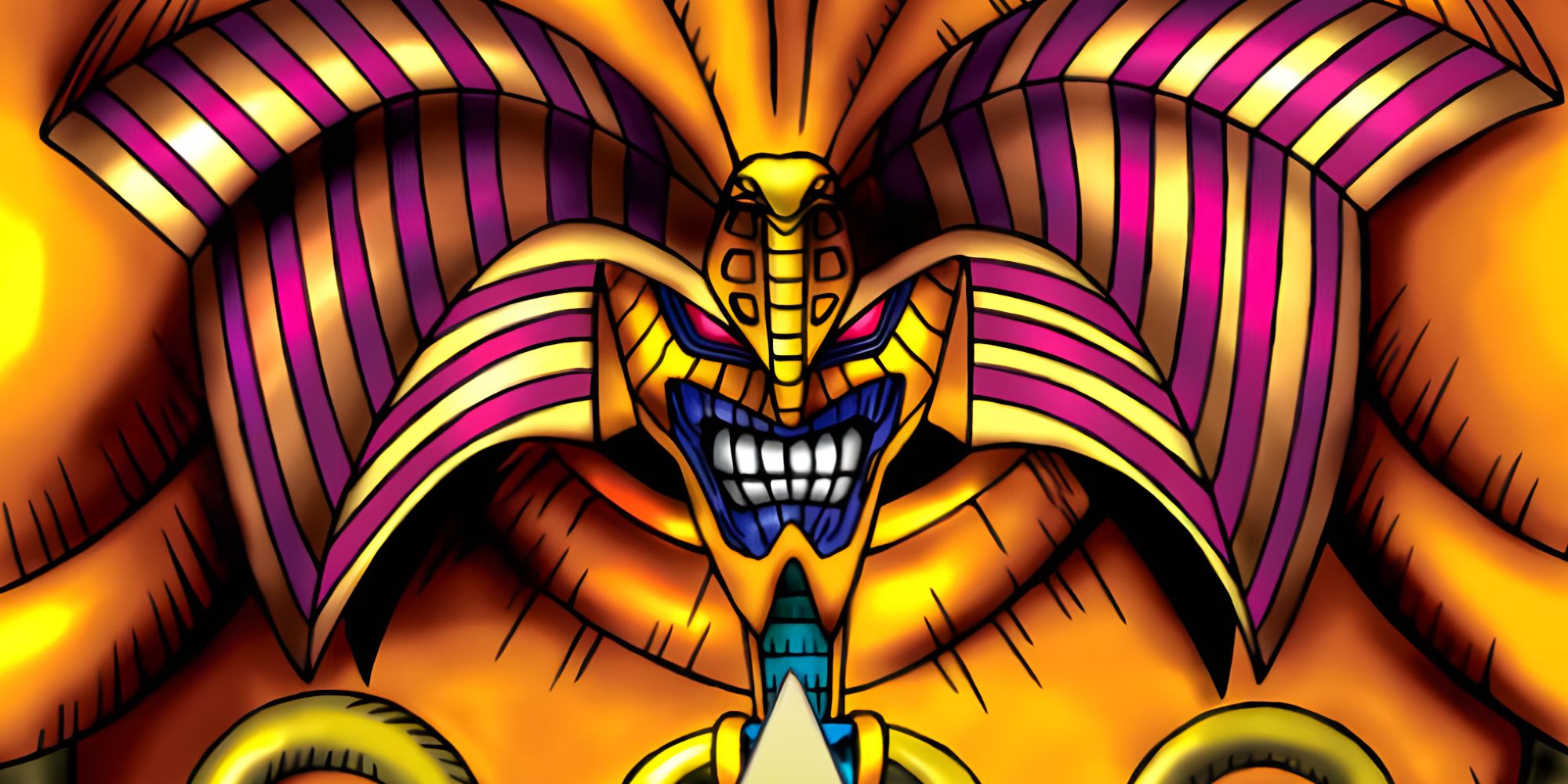 It's fair to say that Exodia is in a bubble of its own. As one of the few alternate win conditions in the game, this version of Exodia took inspiration from the original one we all knew and loved. It sits comfortably as one of the best decks in Cross Duel.

Exodia wants nothing but to stall and prolong the game. Its Master Skill outright ends the game after five turns if left on the board. Of course, this gives the card a huge target on its back, so be prepared to fight back! 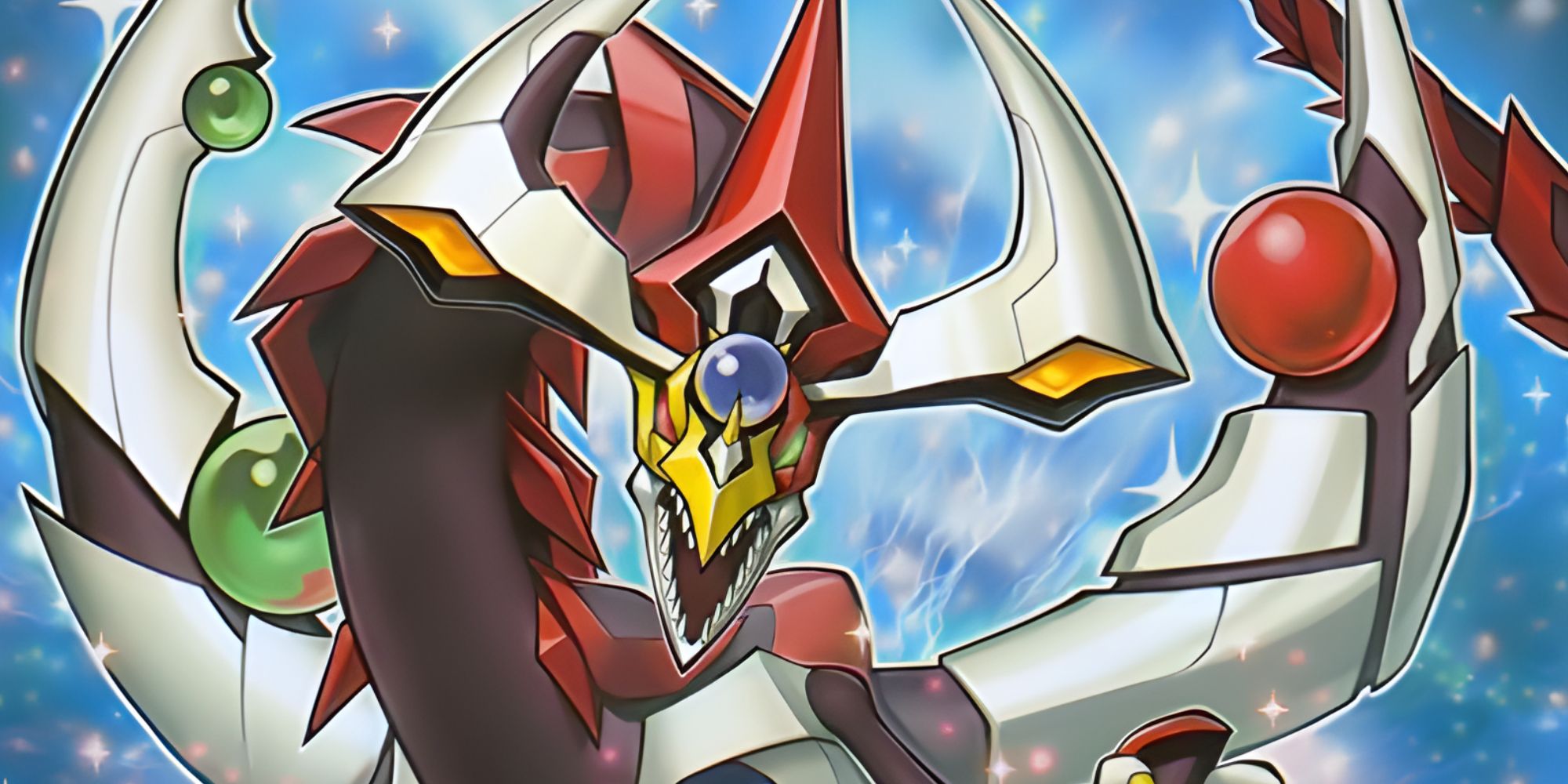 Odd-Eyes Pendulum is a welcome addition to the Meta. This deck is what the community refers to as a "Beat Stick". And as the name suggests, it aims to bring out one big monster to threaten any lane it marches on.

While certainly a strong deck, Odd-Eyes is quite tricky to pilot. Players need to find the right balance between playing passively and aggressively. Leaning in too much into one playstyle usually results in a fourth place finish. 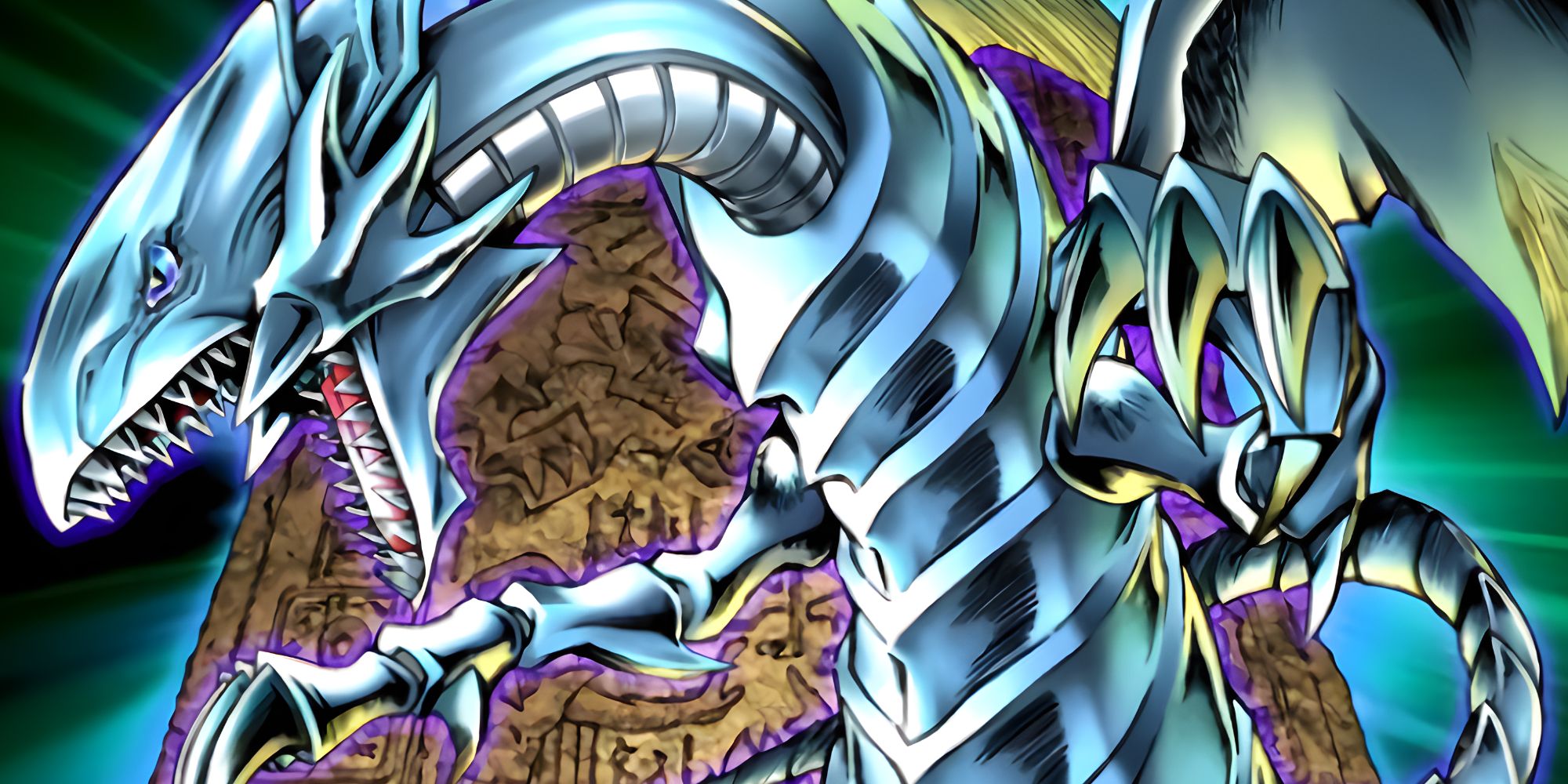 All these aggro decks are running rampant in the meta, but none hold a candle against Blue-Eyes White Dragon. Like the original version, Blue-Eyes is relevant and strong in most metas and Cross Duel isn't safe from the wrath of the Blue-Eyes.

This deck offers sheer and raw power, especially with Blue-Eyes White Dragon's base 3000 ATK. It also flat-out destroys any monster on the field it chooses. All of this combined makes Blue-Eyes one of the easiest and best decks to pilot in the deck. 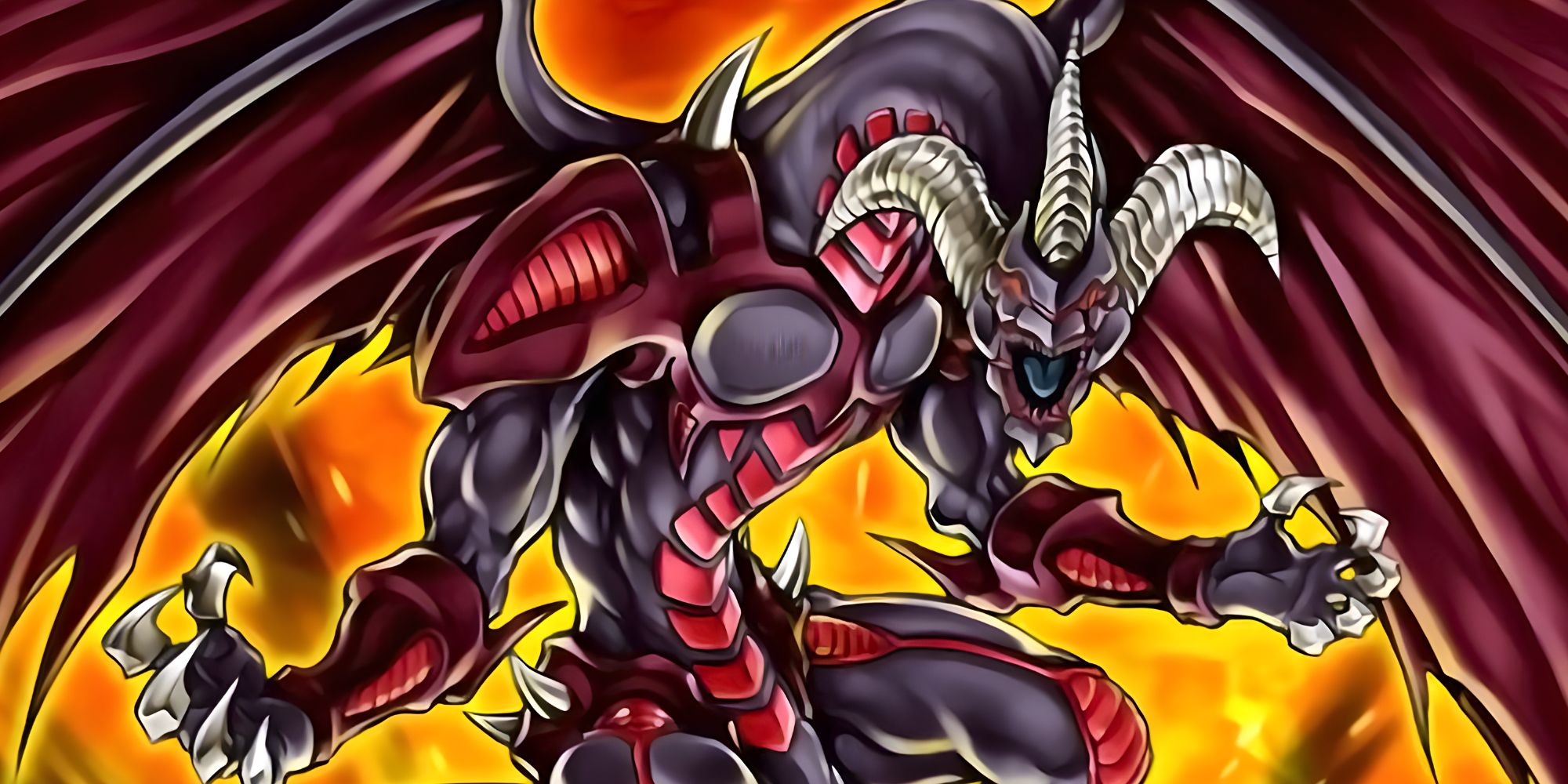 Red-Dragon Archfiend decks are without a doubt the best decks in the game. Even the strongest decks pale in comparison to Archfiend. This deck isn't just the best in the meta, it shapes and molds the meta. Some decks are built around the idea of slowing down Red-Dragon.

Versatility is the main reason why this deck sits at the top. It offers both aggro and control, giving it the tools necessary to win against any deck it faces. This deck isn't as linear as the others in terms of play style, making it even more dangerous.