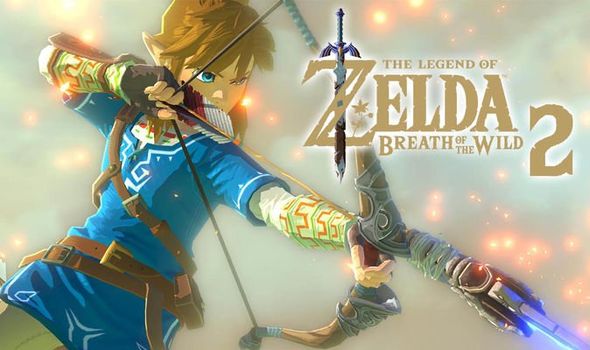 Zelda Breath of the Wild 2 is one of the most eagerly anticipated games coming to the Nintendo Switch.

Announced at the end of the Nintendo Direct held during E3 2019, all Zelda fans have to go on at the moment is a short teaser.

Nintendo has not revealed when the release date for Breath of the Wild 2 will be, simply saying that it is in development now.

But fans looking forward to the Breath of the Wild sequel may have been delivered a big release date boost.

Xenoblade Chronicles developers Monolith Soft are once again assisting with the development of the next mainline Zelda game.

The Nintendo owned dev also assisted with the development of the original BoTW, and they recently revealed some big news.

The Tokyo-based firm has announced that they’re opening up a brand new studio in the Japanese capital.

As revealed in a post by GamesIndustry.Biz, the new Monolith Soft studio will be based in Osaki, a northern district of Tokyo.

The expansion could help speed up the development of Breath of the Wild 2, which currently doesn’t have a release date window.

Breath of the Wild itself took four years to make and was crafted by 300 developers.

It shouldn’t take as long for Breath of the Wild 2 to be made as the game engine has already been built.

In other Breath of the Wild 2 news Express.co.uk recently revealed that a new job listing may reveal one major feature coming to the new Zelda game.

Job listings have emerged on the Nintendo Japan website which could show dungeons could play a big role in Breath of the Wild 2.

Nintendo are looking for a 3D computer graphics designer who will work on the game’s terrain, including field dungeons.

While Ninty are also looking for a level designer that will work on the planning and implementation of dungeons and events in BoTW 2.

The news will be music to fans’ ears who were left disappointed by the lack of traditional dungeons in the original Breath of the Wild.

A staple of the Zelda series, dungeons were largely done away with in Breath of the Wild – replaced with the many Shrines located in Hyrule.

The closet thing that came to traditional dungeons in Breath of the Wild were those that led up to the Divine Beast encounters.

But even these could be skipped, however it does put players at a big disadvantage when they eventually face off against Ganon.