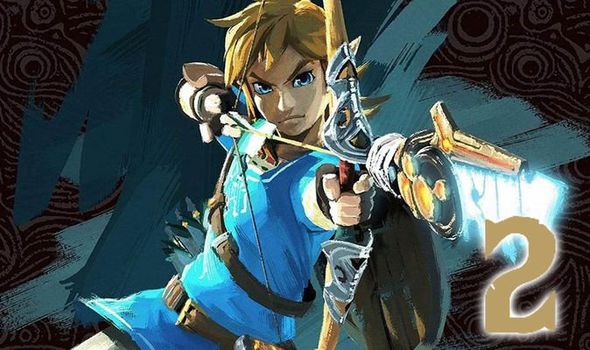 Zelda Breath of the Wild 2 is one of the biggest games coming to the Nintendo Switch in the future.

The Breath of the Wild sequel was announced during E3, with all Zelda fans having to go at the moment is a short teaser.

Breath of the Wild 2 definitely looks like it’ll be a more darker game than the Wii U and Switch classic.

Comparisons have been drawn among fans that Breath of the Wild 2 could be the Majora’s Mask to BoTW’s Ocarina of Time.

That remains to be seen, but we know for certain that Breath of the Wild 2 is in development at the moment with Monolith Soft assisting development again.

It’s unclear when Breath of the Wild 2 could release but fans have spotted something very interesting.

The original Breath of the Wild, which was initially planned as a Wii U exclusive, eventually became a Nintendo Switch launch title.

And recently the House of Mario announced a new addition to the Switch family, the Switch Lite which is being released in September.

The Switch Lite is a cheaper, smaller and lighter console which is for handheld gaming only.

The new Nintendo console was revealed in a surprise announcement last week, and there’s one thing Zelda fans have spotted.

The Switch Lite is getting released on September 20, which is the same day that the Link’s Awakening remake is being released.

Nintendo are also rumoured to have a more powerful Switch console in the works, which is allegedly called the Switch Pro.

Seeing as the past two Switch consoles have launched alongside Zelda games, fans have been left wondering if the Switch Pro will release with BoTW 2.

On Twitter one fan posted: “Nintendo Switch + Breath of the Wild same day.

Another posted: “I’m getting a strong vibe Switch Pro will come out alongside Breath of the Wild 2.”

One tweeted: “What I think next November needs is a Switch Pro with Breath of the Wild 2, Halo Infinite with Project Scarlett, and Spider-Man 2 or Horizon with PS5. Just for the drama of it all”.

And another wrote: “If I were Nintendo, I’d match the Pro with either Breath of the Wild 2 or Metroid Prime 4. Special editions for either of those games would move hardware. BoTW 2 would be ideal given the original’s popularity.”

It remains to be seen if this does end up being the case, but one thing is for certain – a Switch Pro isn’t getting released this year.

Following the Switch Lite announcement Cnet reported that new Nintendo of America president Doug Bowser said a Switch Pro won’t be out in 2019.

They reported: “The Lite isn’t a sequel to the Switch. It’s more of a lower-cost spin-off.

“It’ll also be the only new Nintendo Switch hardware this holiday, as Bowser says the larger Switch won’t get an upgrade right now.”