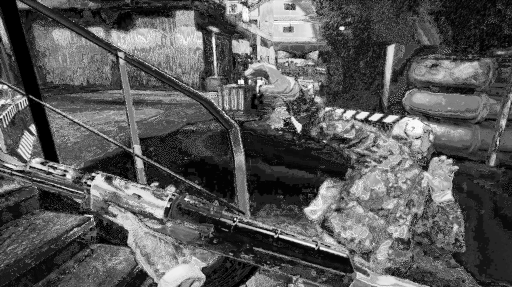 Ever-busy VR developers, XREAL Games, will have new content for modern military VR shooter, Zero Caliber Reloaded on Oculus Quest this week. Oh, and there’s news about other editions of the game to come too.

XREAL took to Twitter to confirm that new maps, a new game mode and the M249 light machine gun will hit the Quest version of the cooperative shooter this Thursday in a free update. No word yet on exactly what the maps and mode will entail, but given that Reloaded is a retooled version of the original Zero Caliber on PC, it’s possible we see more content from that version of the game come over to the standalone headset. Or it could be something brand new.

It’s just one of a number of updates XREAL has released for the game since launch back in May. The developer has also updated the visuals and overhauled the AI.

In a follow-up Tweet, XREAL also confirmed that news for the PSVR and PC VR versions of the game would arrive on Friday. Zero Caliber is still in Early Access on PC and has been promised on PSVR for a while, so hopefully we could be getting news on the full release dates for both editions. The PC VR version itself hasn’t seen an update since Quest launch.

What are you hoping to see out of this week’s news? Let us know in the comments below!