With Pokémon Sword and Shield a few days away, Game Freak has released the game’s official launch trailer, which gives us a look at a couple of new faces. There’s a curious new stone creature, who appears around the :23 second mark. But, more importantly, Game Freak slyly revealed the existence of a more British-looking Mr. Mime.

Based on existing Pokémon leaks, we know that this is Mr. Rime — a new evolution for Mr. Mime, Pokémon’s freakish clown. The Galarian evolution features a top hat, mustache, and cane, which gives him a more refined look. But, there’s still an inkling of Mr. Mime’s unsettling aura on Mr. Rime’s belly, which looks like a smiling jester. It’s a great design that speaks to how much Game Freak continues to have fun with its Galarian forms and region-specific evolutions. Who would have expected a follow-up to the psychic comic, much less one that looks like this? 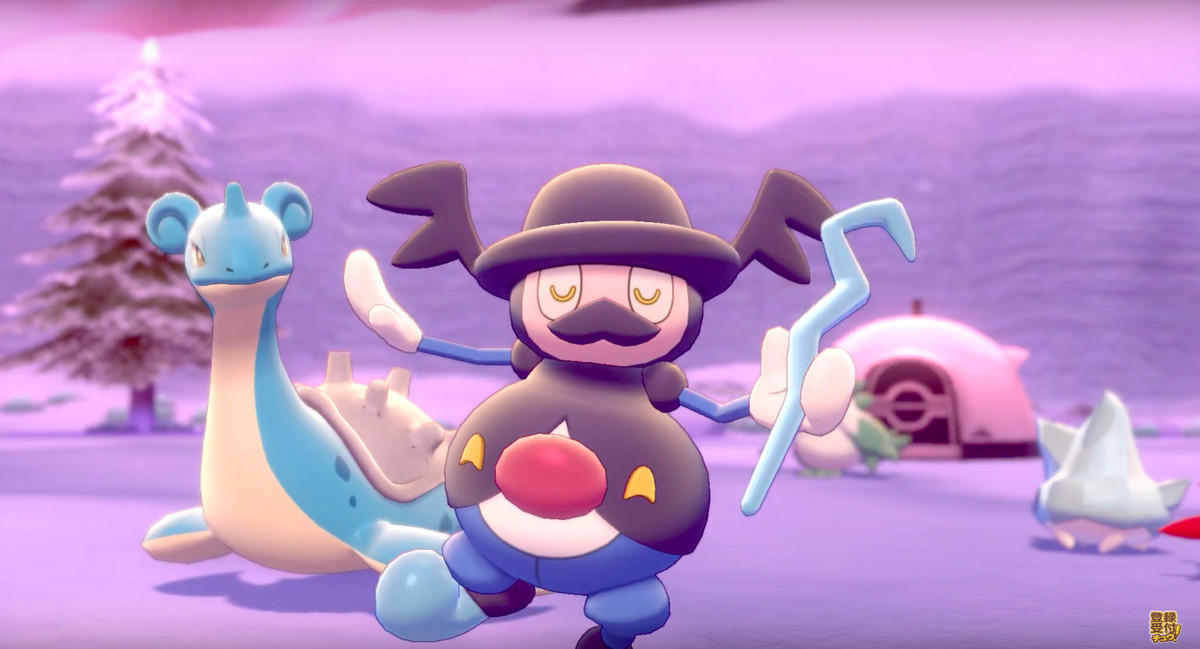 Pokémon Sword and Shield are out on Nintendo Switch on Nov 15, though you can find out if your favorite monster made the cut right now.