Magic: The Gathering bans Fires of Invention and Agent of Treachery

Pokémon Sword and Shield’s fire-type starter is a speedy rabbit called Scorbunny. It likes to zoom around and likes sports, but you probably knew that already, since you likely picked Scorbunny.

What is Scorbunny weak and strong against?

Being a pure fire-type, Scorbunny and its evolutions are weak against water-, rock-, and ground-type moves. They all have an advantage against grass-, ice-, bug-, and steel-type Pokémon. Just remember that only Scorbunny’s fire-type moves will dish out double damage to those typings and other move types won’t necessarily hit as hard.

What does Scorbunny evolve into?

Scorbunny evolves into Raboot at level 16. Raboot is a slightly bigger bunny, wearing what looks like a red hoodie. It stays as a pure fire-type. 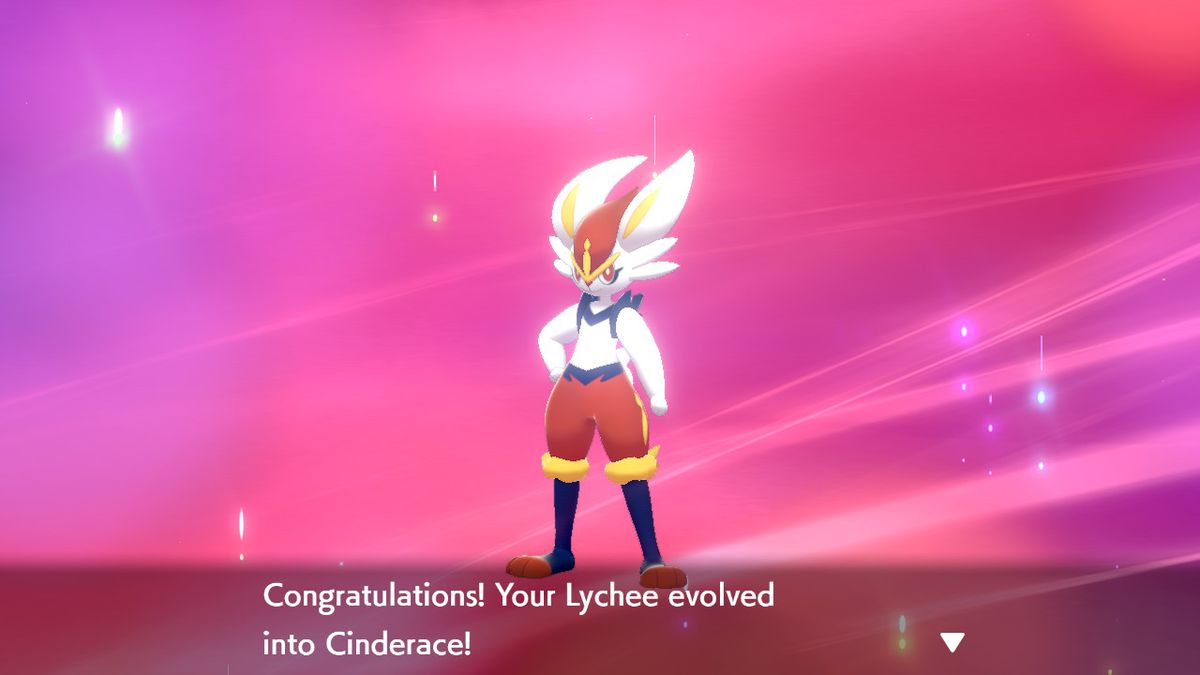 My Scorbunny was named Lychee.
Game Freak, The Pokémon Company/Nintendo via Polygon

Raboot will evolve into Cinderace at level 35, becoming an even bigger rabbit wearing shorts with a soccer-player vibe. It’s still a pure fire-type.

The Scorbunny evolution family all have the ability Blaze, which increases fire-type move damage by 50% when at 1⁄3 HP.

What are the best moves for Scorbunny, Raboot, and Cinderace?

When Raboot evolves into Cinderace, it learns a special move called Pyro Ball. Pyro Ball is a fire-type move with 120 power that can leave the opponent with a burn.

Cinderace unfortunately can’t learn too many moves that help it out against its counters. You can give it TM75, Low Sweep, to help against rock-type Pokémon. It also natively will learn Double Kick at level 12 as a Scorbunny. You can use TR80, Electro Ball, to help even the score against water-type Pokémon as well.

You can only obtain Scorbunny and its evolutions through picking it as your starter or by getting it from another player via trade. Dittos are especially helpful for making copies of the starting Pokémon, as it removes having to give up the one starter you get.

Against All Odds, The Last Of Us 2 Character Is Still Playing PS Vita
Xbox

See First Gameplay From Solaris At The Upload VR Showcase On June 8!