Some houses are just too big for one router. If you can’t get a signal to the furthest reaches of your home, you should consider a mesh Wi-Fi system, which blankets your house in one giant, easy-to-manage network.

Traditionally, range extenders have been the easiest way to broaden coverage across your home, but the quality of range extenders can vary wildly. We’ve rounded up some of our favorites here, but if you’re willing to spend a bit more, a mesh system—which places multiple nodes around your house for total coverage—is easier to set up, can be managed from one user-friendly interface, and can often provide better performance than multiple range extenders.

There are a ton of mesh kits out there, but a few really stand out from the pack.

The Best Mesh Wi-Fi for Most People – Eero 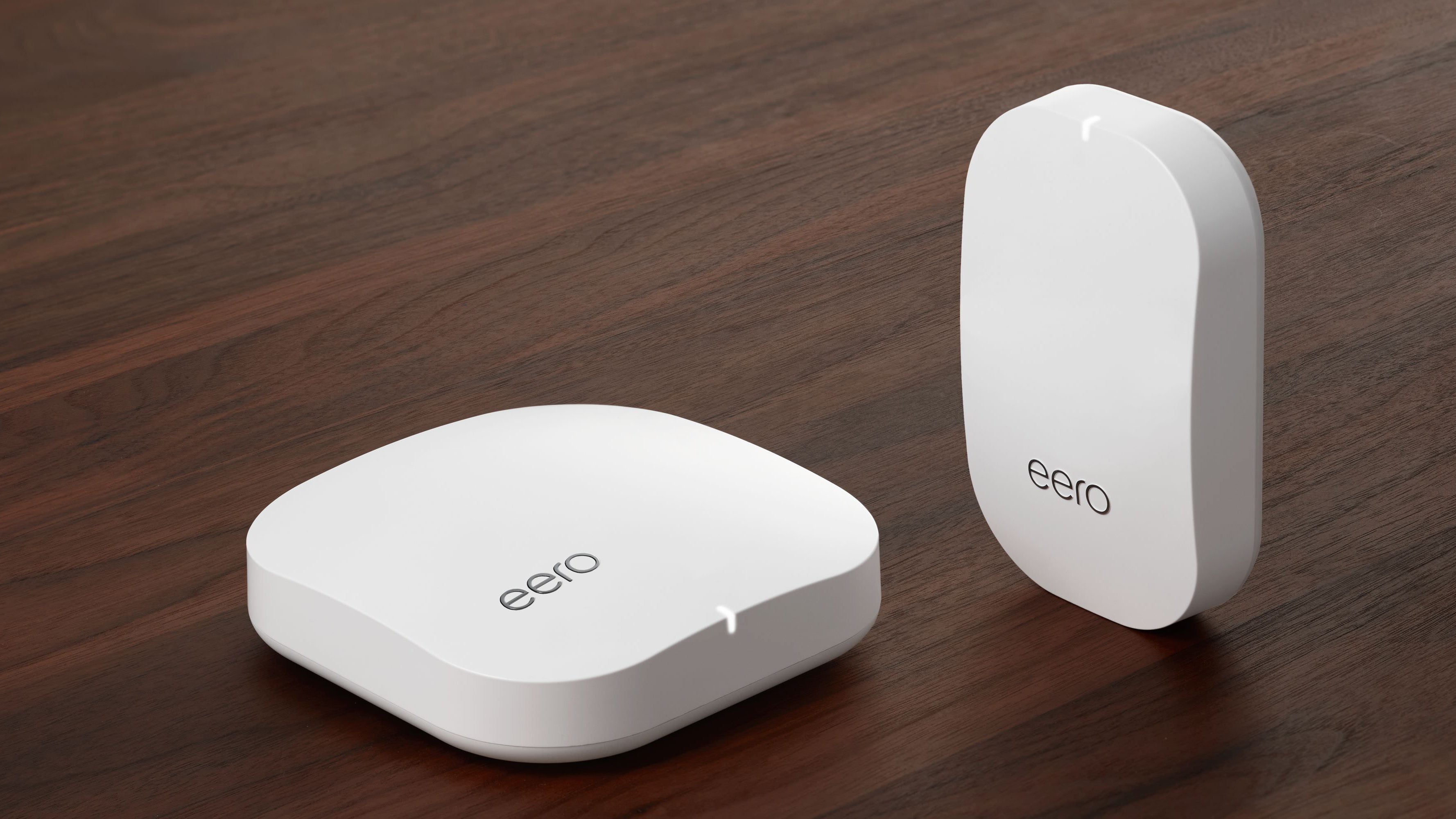 Eero was the first consumer mesh kit, and after a few iterations and lots of software updates, it’s still one of the best you can buy. Right now, Eero comes in two main varieties: you can buy a package with one Eero and one to two Eero Beacons ($276 or $400, respectively), or you can buy an Eero Pro system for $480, which contains three Eeros.

The Eero beacons are cheaper plug-in units that communicate over Wi-Fi only, while the larger Eeros contain Ethernet ports that allow you to wire them together for better performance—that is, if you have Ethernet wiring in your home (or are willing to add it). If you choose not to wire up, both use a tri-band system, allowing one band for backhaul between nodes—meaning better performance than traditional dual-band repeaters and mesh systems.

Note that Eero is now owned by Amazon, and while they claim they have no intention to change the privacy policy “at this time,” it’s something to consider if you’re rather privacy-focused—if you prefer a system that doesn’t require a cloud service, you might want to check out Netgear’s Orbi below. 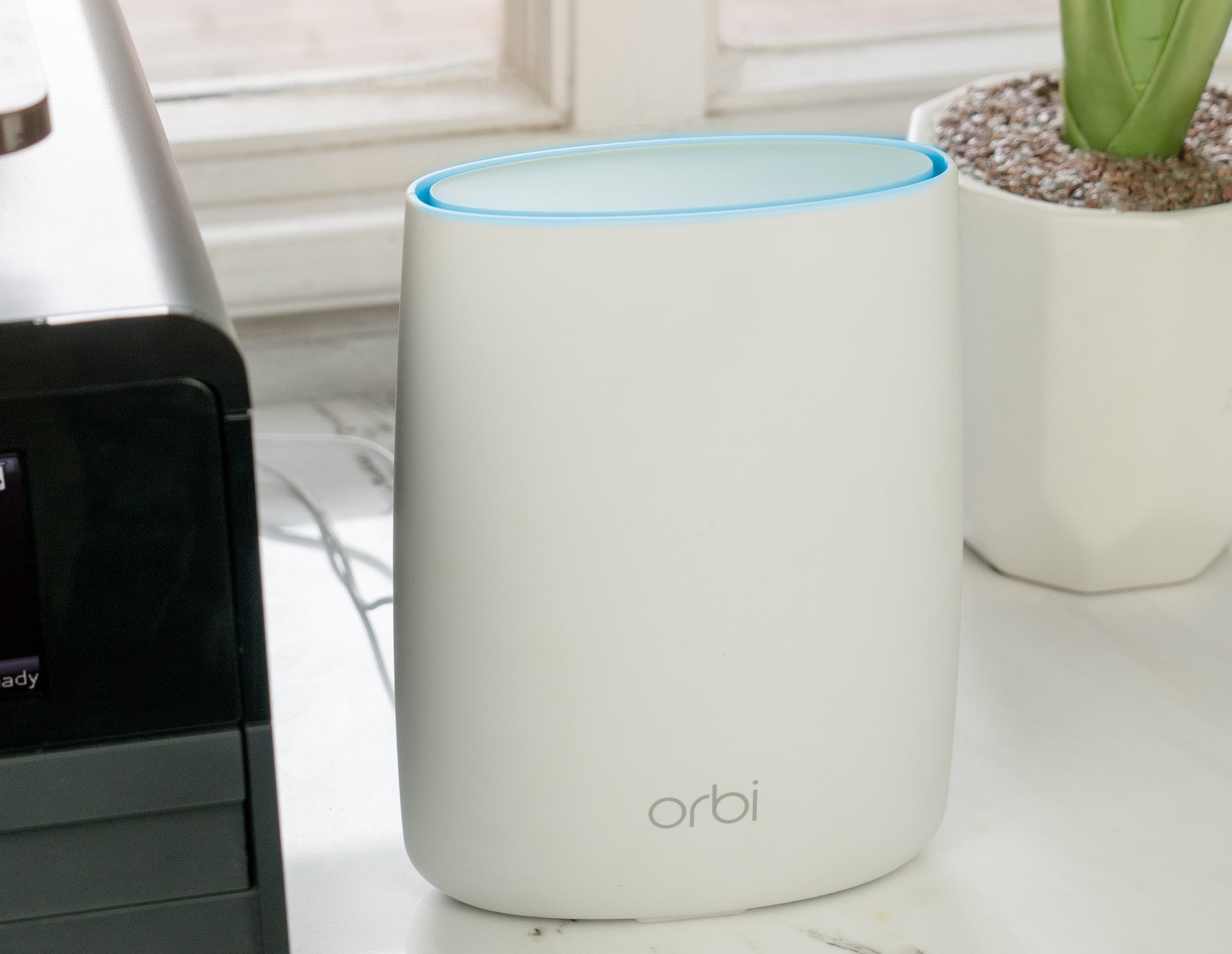 While Netgear’s Orbi system had some growing pains in the beginning, lots of software updates have brought it up near the top of the pack, offering stellar performance at a competitive price. Orbi comes in many varieties, but the $300 Orbi Ultra-Performance kit is probably the one you’ll want to go with. You’ll get two full-featured units, each of which boast tri-band Wi-Fi with one band dedicated to backhaul between nodes.

Each unit also has four Ethernet ports so you can wire up any stationary devices, and doesn’t rely on a cloud service like most mesh systems, which is becoming rarer and rarer these days. Netgear even makes an Orbi satellite with Alexa built in, which is a cool accessory (though its speeds match Orbi’s slower units, not the Ultra-Performance kit linked above).

Finally, Orbi also comes with the ability to subscribe to Disney’s Circle service, which is chock full of fine-grained parental controls like time limits, bedtime, rewards, and more. If you have kids, this can be a valuable addition for $5 per month.

Netgear’s track record with the Orbi is a bit spottier than Eero’s, though, and despite a few more features, a seemingly higher-than-normal number of customer complaints makes us hesitant to recommend it as the go-to for everyone. Netgear has improved their system a lot, though, and time will tell if they’ve gotten better at releasing new features without glitches.

Ultimately, both systems have their advantages—Orbi with its higher number of Ethernet ports and parental controls, Eero with its security features and smaller design—and which one you choose will depend a lot on what you need. 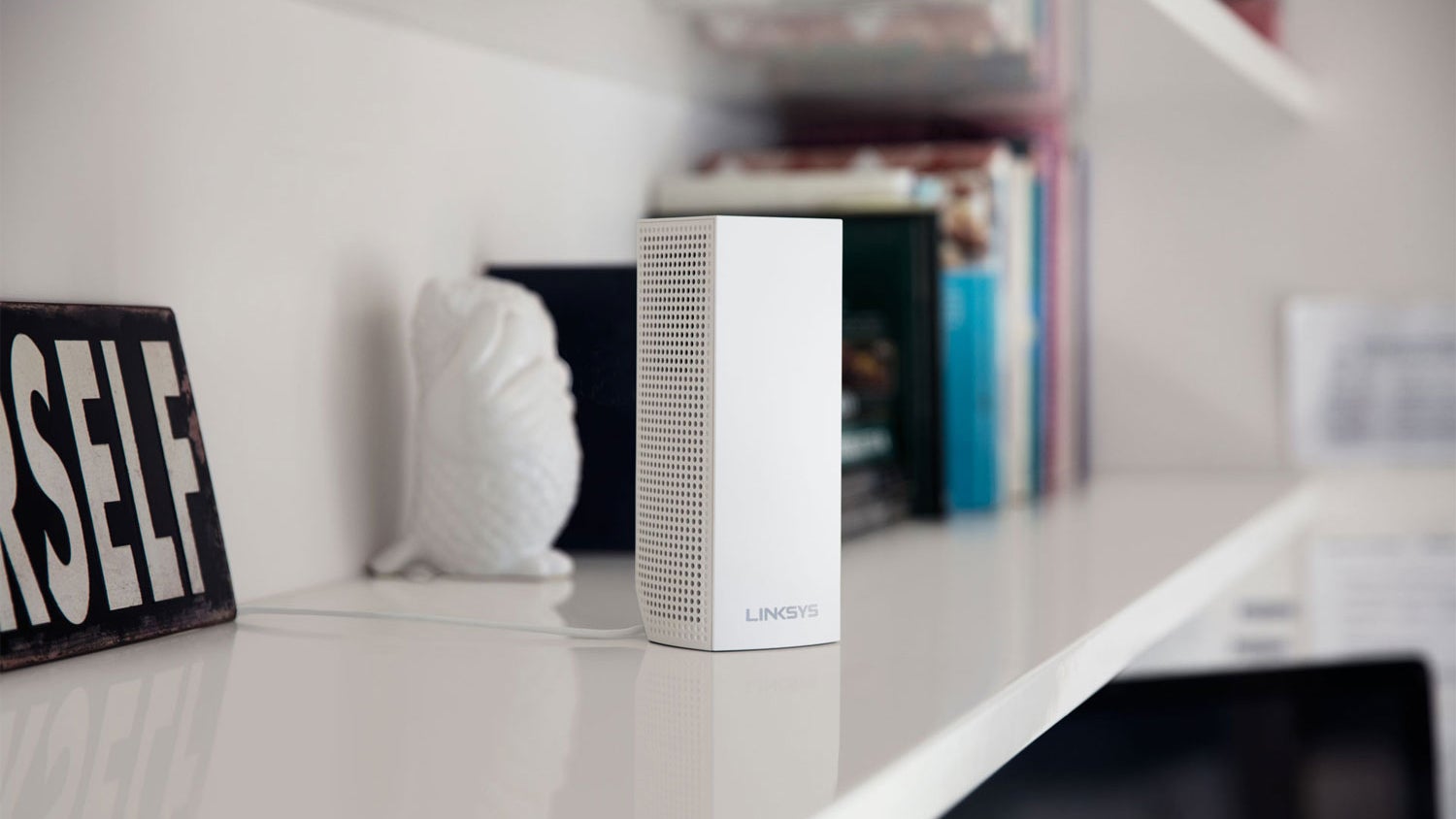 Linksys also offers their own mesh system that, after a few years of updates, has become very similar to Orbi and Eero in terms of basic features. Smaller than Orbi but taller and skinnier than Eero, the Velop has two Ethernet ports, a tri-band radio for faster backhaul, and similarly user-friendly setup. However, it offers less flexibility than the above two options, with their plug-in extender only offering dual-band coverage and fewer alternate units than Orbi.

That said, Linksys has a better track record of reliability than Orbi—see above—so some may prefer it (especially if you already have some Linksys gear that works with Velop). Its list price is a bit higher than Eero and Orbi, but if you have an opportunity to get it for cheaper, you’ll probably be happy with it. 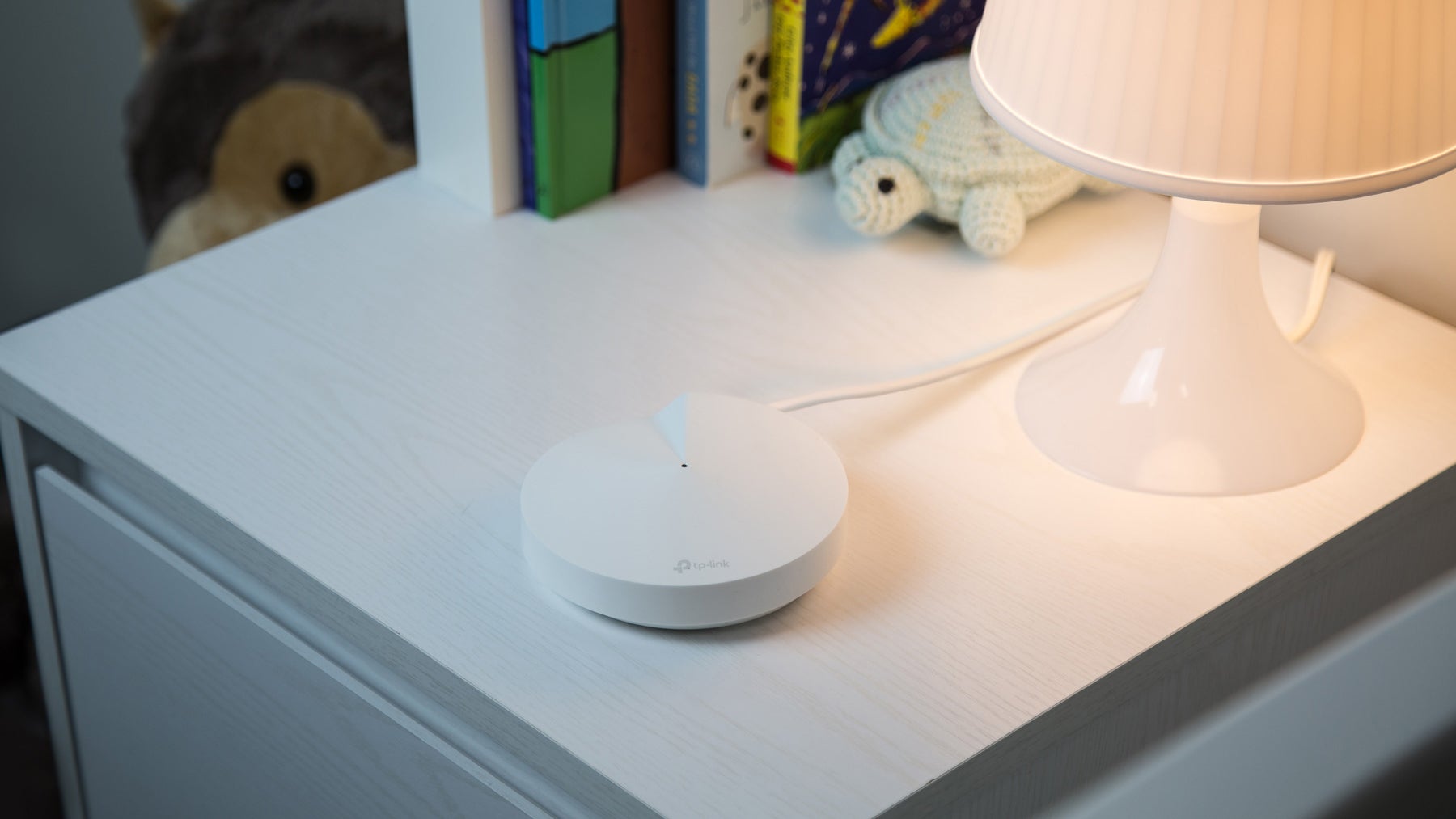 If $300+ is higher than your budget allows, TP-Link offers a more reasonably priced mesh system called Deco. At $150 for two units or $175 for three, the Deco M5 is one of the less expensive kits you’ll find, but it comes with some caveats. First, it’s dual band, which means you don’t get quite as efficient backhaul as tri-band units. Second, it doesn’t have a web interface and must be managed from a smartphone app—some people will mind, some won’t.

Third, and perhaps most importantly, many reviewers have found that it doesn’t work as well in multi-hop configurations as other systems. Instead, it works best when the main unit is in the center of your house, connected to the router, and the other notes are all connected to the main unit. If your house isn’t laid out that way, and you want to daisy chain the satellite nodes, you’ll be better off with one of the other systems above.

It does have built-in security and parental control features, though, which is a nice touch. If the caveats don’t bother you and you’d rather save some money, the Deco M5 is worth a try. 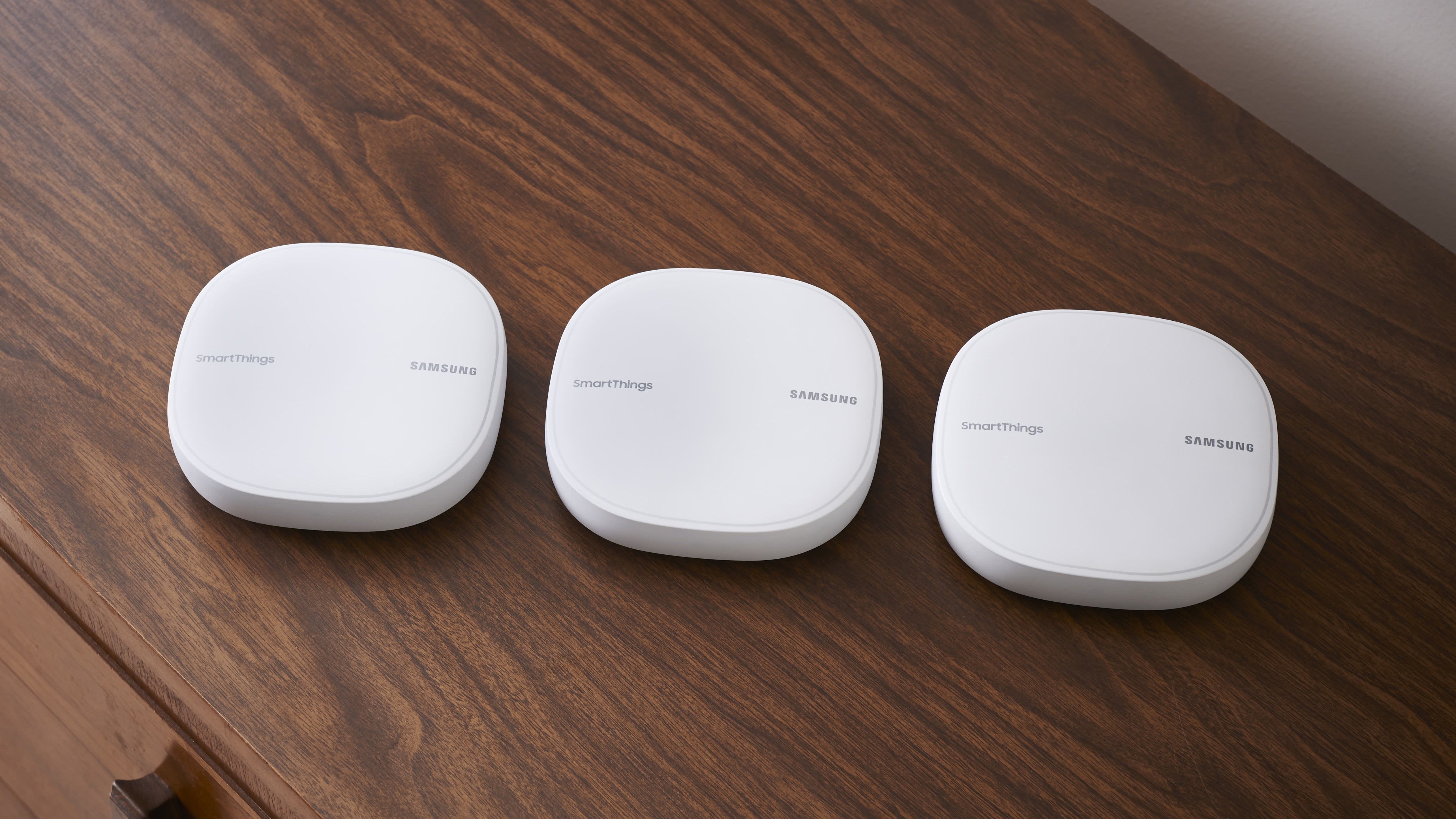 If you have a lot of smart home gear in your house, you might consider Samsung’s SmartThings WiFi mesh system for $240. After a not-so-great attempt at the concept with Samsung Connect Home, Samsung partnered with Plume (another popular mesh company) to create a mesh Wi-Fi system with a smart home hub built in.

It’s similar in appearance to the Eero, with two Ethernet ports on the back (but no ability to use Ethernet for backhaul), dual-band coverage (which is an unfortunate downside), and support for Zigbee and Z-Wave built in. That last part is the real kicker here, since it means you don’t need a separate hub for all your smart devices—you can just connect them directly to same units providing Wi-Fi across your home.

That’s pretty compelling, especially for the price, and while it isn’t quite as easy to manage as other options—while also lacking some of the security and parental control features Eero and Orbi offer—tech savvy smart home users will probably appreciate the consolidation of hubs. 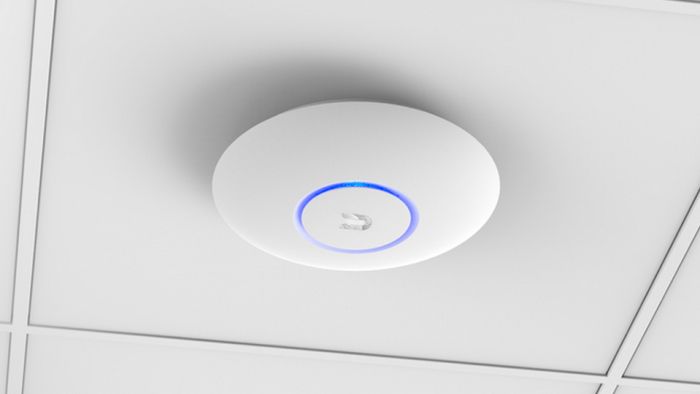 Consumer mesh is somewhat new, but multi-point Wi-Fi networks have been around for ages—it’s how businesses are able to run Wi-Fi networks across large buildings. If you’re a bit more tech savvy and want crazy bang for your buck, enterprise hardware like Ubiquiti’s UniFi Lite access points can be great. They only cost $80 each, and will work with your existing router.

However, you will need to connect each access point via Ethernet—they won’t be able to connect wirelessly like Eero, Orbi, and other consumer options. Again, wiring up with Ethernet will give you better performance, so it’s a worthy tradeoff—even if you have to pay extra to run Ethernet cables through your house—but it’s a job that less savvy folks may not want to undertake. If you’re comfortable managing a more complex network setup, though, Ubiquiti access points are a fantastic alternative.