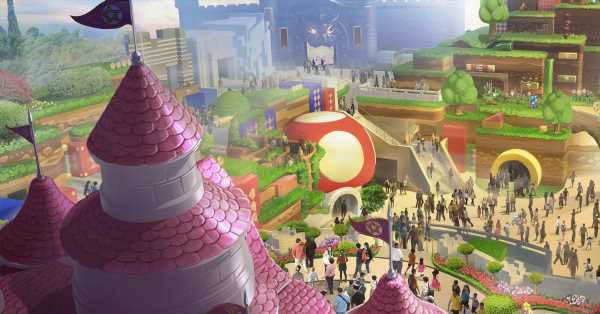 Super Nintendo World is a unique theme park. Not only is it the first park to use Nintendo characters and settings, but it also features a special “Asobi” experience, which lets fans “play” in the park by virtually collecting coins, keys, stamps, and other items — by punching question mark blocks, naturally. The park then becomes its own kind of game, with guests comparing their scores and registering their progress to on-wrist Power-Up Bands and smartphones.

The park currently has two rides, one themed after Mario Kart and another themed around Yoshi, Mario’s companion/vehicular dinosaur. Late last year, Nintendo dedicated a miniature, real-life Nintendo Direct to the new park. The park contains all types of spectacular Mario-themed merch and food, which you can get a closer look at via the digital walkthrough on the Nintendo World website.

With Super Nintendo World almost here, the real question now becomes: When will it be safe enough for me to get my hands on that Mario pancake sandwich?