The Oculus Quest comes out May 21, and you can preorder your very own Oculus Quest right now. So far, over 50 games have been announced for the Oculus Quest, and many more will join the roster as the system matures. 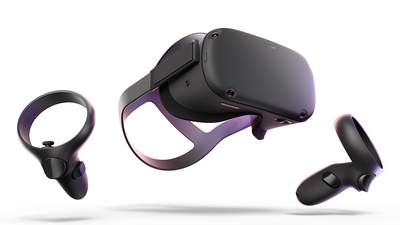 Oculus Quest comes in two different sizes: a 64GB and a 128GB version, costing $399 and $499 respectively. There are no wires to connect and the headset works without a phone or PC. It’s truly a standalone piece of hardware. There are some tradeoffs for cutting the cable, but in our Oculus Quest review, we decided those tradeoffs were more than worth it to truly be free of wires while in the virtual space, giving the stand-alone headset a 9.5.

Before we get to the full list of games coming to the Oculus Quest, we’re highlighting some of our favorites.

Beat Saber might be the must-have VR game, for any system. It’s on PSVR as well as PC VR platforms, but on the Oculus Quest, it’s even better. In spite of not having external tracking devices, Beat Saber on Oculus Quest tracks your movements well enough you can play through Expert+ levels (if you’re good enough).

SUPERHOT VR is one of those games everyone should play. It’s just incredibly fun and creative in everything it does, and it works so much better in VR. That’s not to say the non-VR version isn’t also excellent. It’s just the entire game works so incredibly well in VR, it elevates an already excellent game to a whole new level.

This story-book adventure puts you in the role of a mouse on a whimsical adventure. I don’t really know what else I need to say about Moss. That’s a great hook, in my opinion. The entire world is rendered to scale, so you really feel the enormity of the world around you.

Job Simulator is a personal favorite of mine. It somehow takes the act of menial labor and makes it fun. Sure, it’s satirizing the modern job market and injecting it with plenty of absurdity and humor, but it’s still the most fun you’ll ever have pretending to work.

The mobile game you probably used to play on your old iPod Touch, however, Fruit Ninja VR becomes an even more fun experience when you play it in virtual reality. The Oculus Quest motion tracking is really accurate, too, so you have no one but yourself to blame if you fail to slice enough fruit.