Earlier this week, Bungie revealed that players could choose their own rewards in the upcoming Destiny 2: Season of Opulence mode, Menagerie. This week’s Bungie blog post clarified exactly how that system will work.

When Season of Opulence starts, players will get a new quest to re-enter the Leviathan ship above the planetoid Nessus. Players must complete the quest before they can start the new raid, Crown of Sorrows. For finishing this starter quest, players can instantly boost all their characters to 690 Power — right where they need to be to start Season of Opulence. But the quest also rewards a key new item for the season: the Chalice of Opulence.

The Chalice is an item shared across all Guardians on a single account, and players can use it to create their own weapons. They can even use powerful runes to determine some of the weapon’s properties — like which Masterwork stat the gun will roll with. 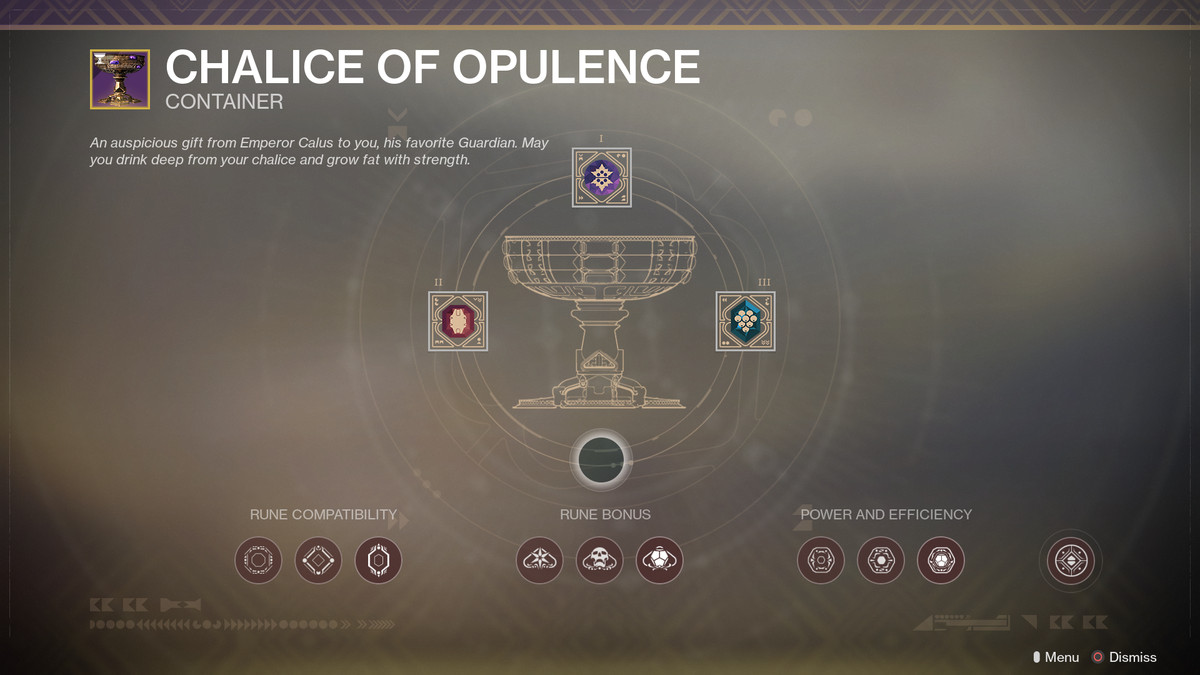 Once players have the Chalice, they can earn runes from weekly bounties, weekly chests on the new Nessus Barge location, and use a consumable that rewards runes from normal daily activities like Strikes, Crucible, or Gambit. Once players have enough runes, they can slot them into their Chalice before entering the Menagerie activity. Bungie has not clarified what the Menagerie is yet, beyond stating that it will be a six-player matchmade activity.

After players complete a Menagerie run, they’ll earn a new reward based on the runes they slotted into their Chalice of Opulence, which is customizable and upgradeable. To upgrade their Chalice, players will need a new currency called Imperials.

Players can earn Imperials by completing weekly bounties, Triumphs, or using a consumable that grants Imperials from activities. Players can also use their Imperials to upgrade their Chalice with a perk that helps them earn more Imperials through playlist activities like Strikes, Crucible, and Gambit.

Players can use their Imperials to unlock perks in the order they want. Bungie gave three examples of perks that players can choose from early on: 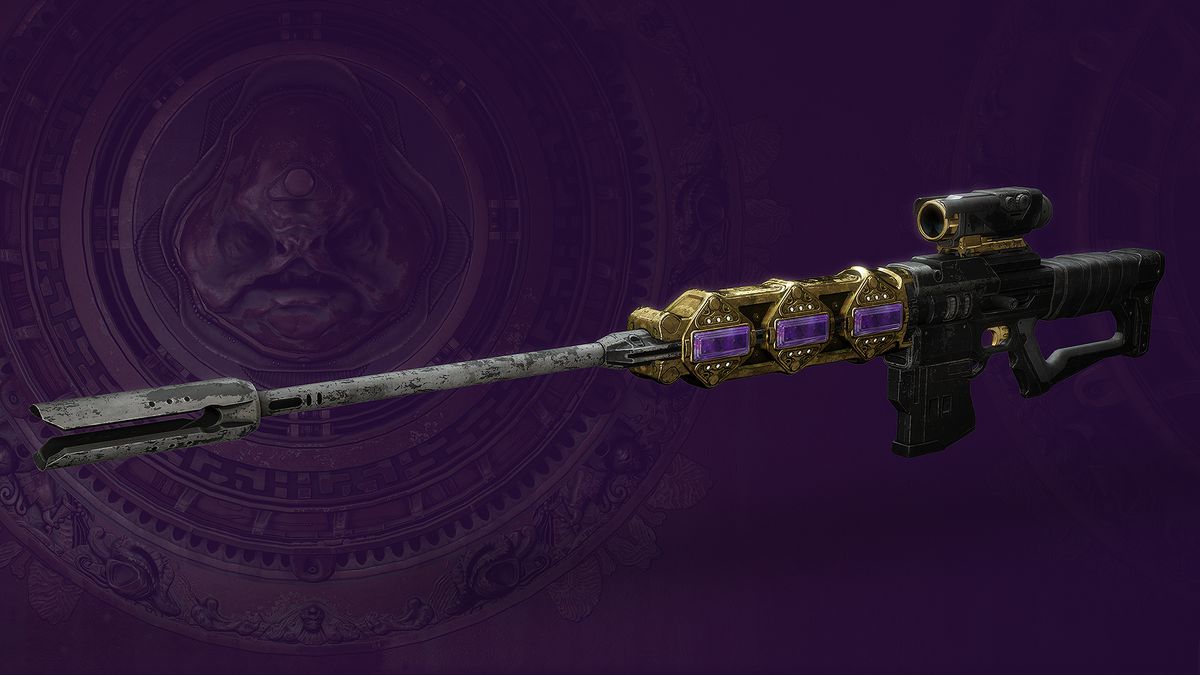 Bungie gave an example of how this process works: “If you wanted to earn a random roll of a ‘Beloved’ Sniper Rifle with Handling as the Masterwork trait, you would use a Rune of Jubilation, any red rune, and any purple rune. This rune configuration is your freebie.”

The beloved sniper they refer to looks to be a remake of Destiny’s LDR 5001, seen in the image above. Aside from this sniper’s configuration, the community will have to work together to discover the rune table for the rest of the weapons.