Xyp9x takes over as CSPPA chairman

The Gears of War franchise has always been rooted in cooperative gameplay.

Back in 2006, the original Gears of War launched with a seamless two-player campaign that offered the same experience as the single-player version, just with a friend. Now, with Gears 5, developer The Coalition is doubling down with two brilliant new cooperative hooks, features which remind me more of party games and the XCOM series, of all things, rather than a traditional third-person shooter.

Gears 5 launched with an entirely new feature called the Allies system. Every time you complete a chapter of the campaign or the new Escape mode, a wave in Horde mode, or win a round of Versus, you earn Honor with the other members of your in-game squad. As that relationship ranks up, you’ll begin to receive bonus experience points every time you play together.

Bonuses stack, so the more you stick together as a squad, the more likely you are to boost your progress at earning the game’s many collectibles. This dovetails nicely into my personal experience playing the Gears of War franchise over the last 13 years. I’ll soon be meeting up with the same friend who I started out on the original campaign with more than a decade ago. We’ve played every single game in the franchise together, start to finish, and it’s awesome that The Coalition has decided to reward us for doing the same this time around.

The system reminds me quite a bit of Firaxis’ Bonds system, implemented most recently in the fantastic XCOM 2: War of the Chosen. However, in XCOM, bonds build to grant soldiers actual in-game abilities, including extra moves and buffs. I wonder if we could see something like that added to Gears 5 later on, perhaps in the new Escape mode.

For all their community-building features, the vast majority of first- and third-person shooters are pretty lonely affairs. You’ve got to log into a remote server even if you want to play with your friend down the street, meaning that your only human connection is likely to be through a headset. The days when split-screen, couch co-op was expected rather than just desired are long gone. 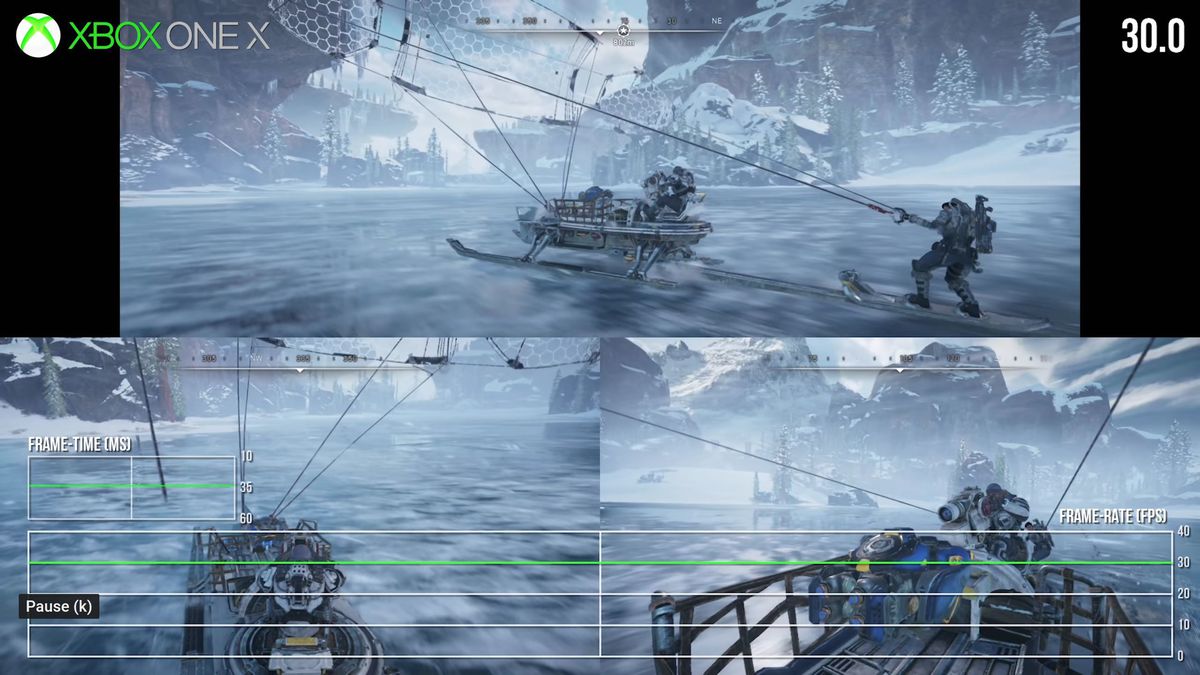 But Gears 5 goes the extra mile by launching with three-player split-screen co-op right out of the gate. The couch co-op mode limits the game’s blistering frame rate, regardless of which platform you’re playing it on, but it’s a small price to pay for a bit of human connection — or a break from a Thanksgiving dinner that’s gone horribly off the rails. The fact the game runs at a steady 30 fps even when two other people join on the same system is a technical triumph.

It’s the same sort of gameplay that makes the Jackbox party games and Mario Kart so much fun to bust out at a family gathering. I expect many more people will be exposed to the game because of this feature, especially as we enter the busy holiday season. Being able to play with friends, while they’re on the same couch or at least in the same room, does so much to help introduce new people to the game.

This commitment to couch co-op, despite the technical hurdles it represents, underscores The Coalition’s commitment to accessibility and inclusiveness. The team wants to bring people together around the game, and it’s an urge that’s clear in just about every design decision they’ve made. From the new Adaptive Controller showing up front-and-center in the menu system at game launch, to the LGBTQ+ pride banners prominently featured on day one, they’re casting the net as far as possible. It’s a strategy that’s likely to pay dividends down the road as a living game.

That ethos extends to the game’s availability as well. Cross-buy means I only have to purchase the game once to play it on two different platforms, Xbox One and Windows PC, each with its own graphical and gameplay perks. Cross-play, which will include bringing in players from Valve’s Steam platform, will further expand the number of people playing as well.

Gears 5 feels like a move in the right direction for a franchise that many had thought was running out of steam after Gears of War 4. If this is the sort of love and care we can expect from future tentpole releases from Microsoft, I’m in.