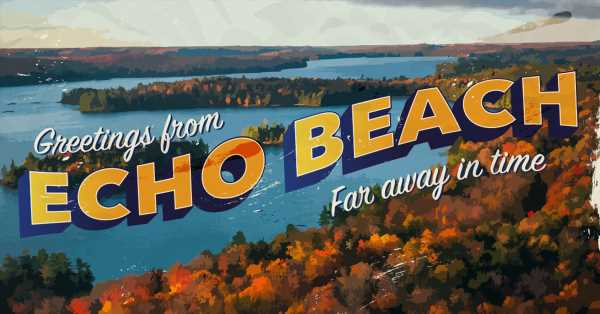 In a world where music is illegal, musicians and fans flock to dark web forums — the Musicnet — to share tunes and talk shop. Echo Beach, created by Rivals developer Tim Sheinman, is set in a future where music’s been banned and teams of government workers infiltrate internet forums to seek out musicians and music bloggers.

In Echo Beach, I play as a clerk at the government-run Ministry, tasked with eliminating musicians harbored in The Musicnet. Like Rivals before it, Echo Beach has a full, original soundtrack (with 11 songs) that’s one of the game’s major draws. Simply put, the music is just good, pulling together a bunch of different genres and singers.

Echo Beach is set primarily on a single screen, in a cubicle with a computer, sticky notes, and a musician-tracking system (totally normal), and I play as a Ministry worker tasked with seeking out musicians on the forum and identifying them for elimination. That means pairing up a list of real names with their forum identities, something I do by trawling through forum posts and listening to a growing list of songs. Musicians often reference their songs on the forum, dropping hints and clues on details of their lives: That information is key in figuring out who’s who.

In the particular week Echo Beach is set, there’s a Ministry rally wherein workers are competing to take down the most musicians — the winner gets a trip to the titular beach, a reference, presumably, to the Martha and the Muffins song from the ’80s.

Puzzles aren’t overwhelmingly hard. Instead, they’re set up in a way that encourages me to explore, by rifling through forum posts and listening to songs, scrubbing for tiny bits of information I need to identify a musician. Throughout that process, there are also simple music machines to play with to create chords and drumbeats; they’re fun to play with, but sometimes helpful in identifying folks, too.

Echo Beach is simple yet thoughtful about its themes: policing, online identity, and music. For his part, Sheinman said on itch.io that Echo Beach is about “the tension between trying to live an adult life and making art for pleasure,” as well as “the value of culture in a time of austerity and emergency.”

Echo Beach is a donation-based game only available on itch.io. You can play it right in your browser, or download a client.