The next version of Microsoft Flight Simulator is now accepting applications to participate in its technical alpha. The announcement was made Sept. 12 on the game’s official website.

Microsoft Flight Simulator was first published in 1982, and long served as an entree into both simulation and PC gaming. The last version of the game was released in 2014. Called Microsoft Flight Simulator X: Steam Edition, it was a modest update of a version from 2006. The announcement of a new version of the game came as a surprise to many. It will be available for Windows PC and Xbox One, and be included among the titles available to Xbox Game Pass subscribers. 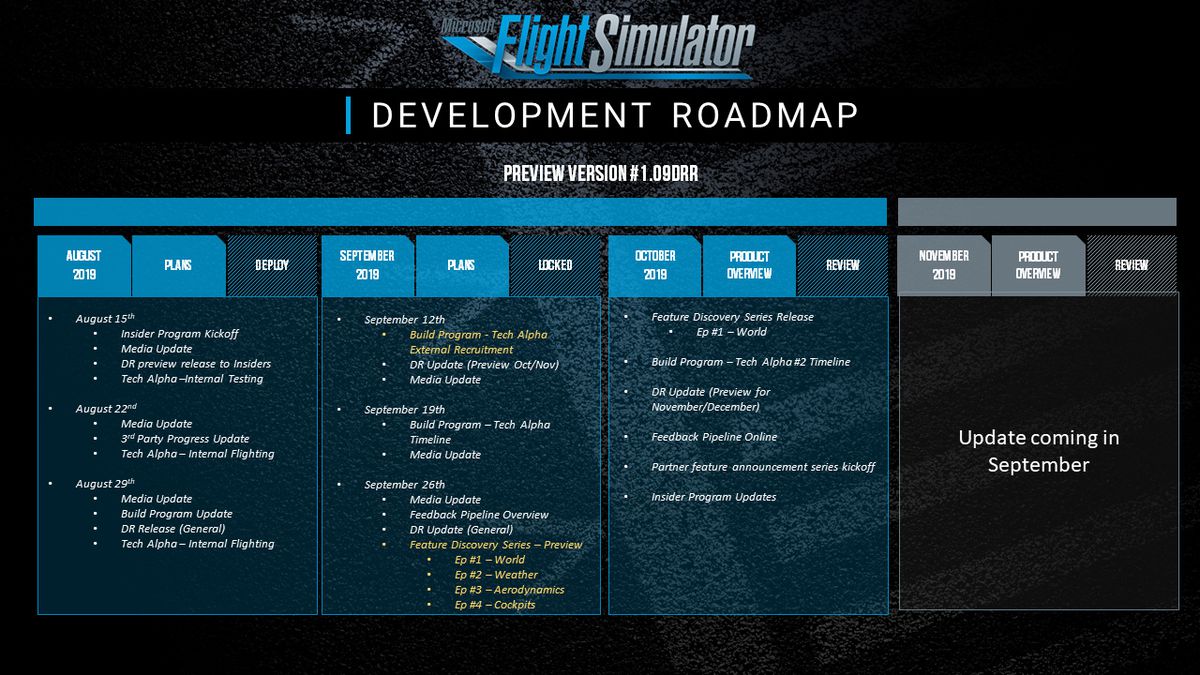 According to the E3 presentation, the game will rely on up-to-date satellite data and a back-end powered by Azure datacenter infrastructure. An early trailer shows an extremely life-like game, with real-world locations such as the pyramids at Giza and realistic weather effects. The blog post says fans should expect more details on the technical alpha by Sept. 19. No release date has been set.