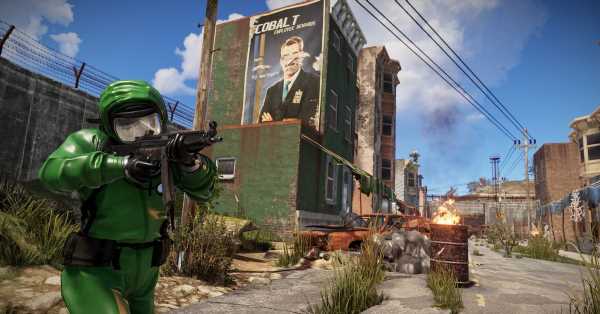 Many Rust players in Europe may have unexpectedly lost their servers this morning. According to developer Facepunch Studios, a fire at a datacenter destroyed 25 servers, and the data from those servers has been lost.

The fire occurred at the OVH Datacenter in Strasbourg, Germany. It completely destroyed one of the OVH buildings and damaged another. While the fire was large enough to take the entire four-building OVH Datacenter offline, everyone was safely evacuated and the blaze was brought under control by firefighters. The datacenter will remain largely offline until next week.

According to an update from Facepunch posted after the fires were under control, “We’ve confirmed a total loss of the affected EU servers during the OVH data centre fire. We’re now exploring replacing the affected servers. Data will not be restored.”

Rust does have regular server wipes that happen every month, which slightly mitigates how much data could be lost from each server. In the latest update, Facepunch confirmed that many of the game’s EU servers are coming back online without the game progress that was stored on them. It’s unclear if this will affect the game’s larger EU capacity while OVH’s servers come back online.