Splitgate is a callback to an earlier age of deathmatch shooters. The game is pitched as Halo meets Portal by developer 1074 Games. That’s an appetizing prospect, especially since Splitgate manages to nail the physics and tactics of portals. The free-to-play game, which is currently only available on PC, is unpolished, simple, and stripped down, but it still manages to shine as a solid shooter.

In Splitgate, I take the role of an armored soldier and compete in game modes like team king-of-the-hill or free-for-all deathmatch. Much like the classic Quake titles, matches take place on a variety of maps that have multiple levels, hidey holes, and ambush points.

Certain walls are marked with a distinctive blue mesh. I can use my wrist-mounted portal launcher to create a portal on these, and then link it to a partner portal. Once a portal is set up, I can launch myself through it for momentum, flank an enemy, or escape from a tense situation. Different guns are spread across the map, so I can use a portal to play aggressively right out the gate, or traverse the map and grab a shotgun or sniper rifle by launching myself to the high ground via portals.

Portals affect combat, too. I can set up a portal connection that gives me a clear window onto the objective, allowing me to spray bullets through it. I can’t see through my enemies’ portals, but I can shoot through them just fine. It’s brilliantly chaotic, and I was sold on Splitgate the first time I set up a portal behind an unaware enemy player guarding the point, and I shot him to death through my rip in time and space as he jumped around, panicked and confused. 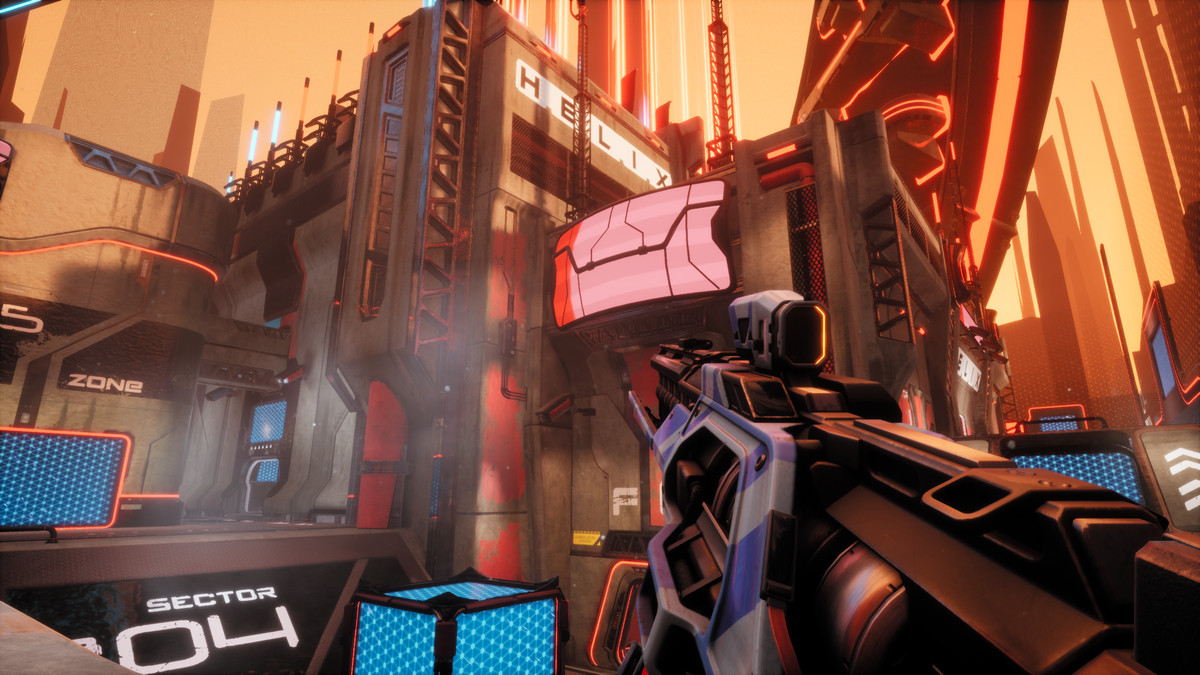 A lot of Splitgate is just fine. The animations are minimal, shooting simply provides a steady pow pow pow pow noise, and the announcer and his constant updates immediately start to grate. The tutorial is just a narrated video without subtitles. Push-to-talk wasn’t enabled when I logged in, which meant my poor team had to listen to my loud clacky keyboard until I noticed the little microphone icon. I, in turn, heard lots of players messily and loudly enjoying their dinners, which was not exactly the soundtrack one might like for a high octane shooter.

There’s nothing like the Apex Legends slide or ping wheel, or the carefully designed Overwatch character animations. It almost feels unfair to judge Splitgate based on these comparison to big budget games from AAA studios, like sitting at Thanksgiving dinner and having my mom ask me when I’m going to be like my cousin who just got a promising job in the legal field. Splitgate is the first game from a small studio, and so it falls short in the little quality of life aspects I’ve come to expect from my usual fare of shooter titles.

That doesn’t mean Splitgate is immune to their influence. Maps are marked with Apex Legends-style scoreboards and in-universe advertisements. Splitgate also has loot crates, which isn’t a surprise in a free-to-play title in 2019. That being said, this isn’t a title like Overwatch, where skins are extremely elaborate model changes. Instead, I simply unlock color and minor variations on the same soldier power armor. 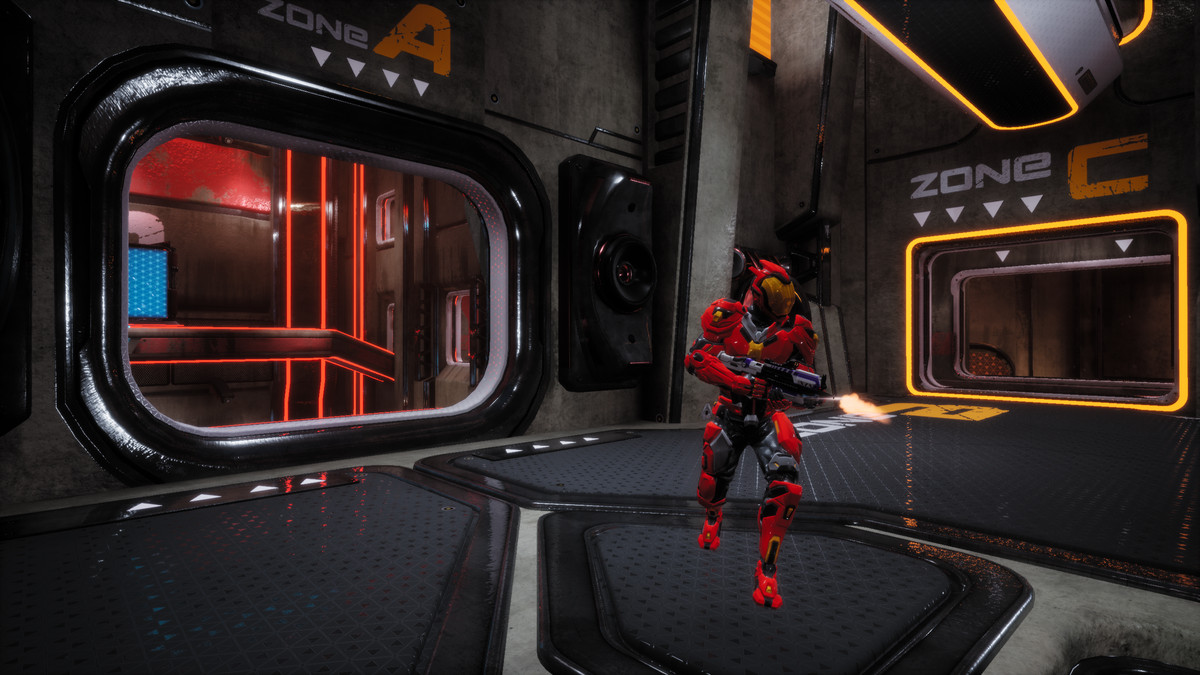 I can buy ‘disco balls’ to unlock more crates, or simply play the game and earn crates through natural progression. Some of the cosmetic unlocks, like icons that adorn my soldier’s chest, are used to reward streamers and players who have supported Splitgate during the course of its development.

This basic foundation of a decent classic-style shooter is elevated by the portal mechanic, which takes a decent concept and adds something novel to the mix. The first time an enemy’s portal appeared out of seemingly nowhere, and that enemy launched out of the portal from a higher level to rain death from above down on me, I was so impressed that I couldn’t wait to return to the match. I wanted to try something similar myself; I craved that level of flash and mastery, and I imagine its a hook for the streamers actively supporting the title as well.

Splitgate is not a polished, perfect game, and that’s okay — it’s a joyride that’s worth a shot, especially for anyone who misses shooters of the ‘90s and 2000s.