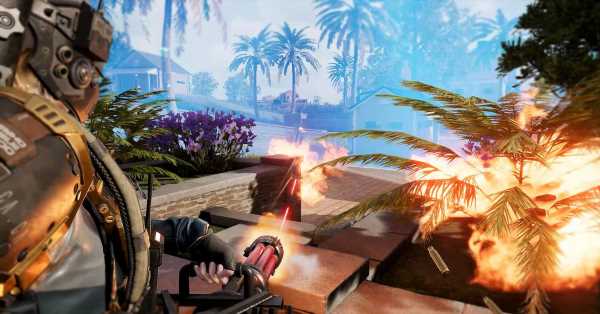 After a benevolence of battles royale, from Fallout 76 to Call of Duty, you might be forgiven for thinking the genre had run out of steam. But a new battle royale is climbing the Steam charts from seemingly out of nowhere. It’s called Super People, and it doesn’t offer many radical changes to the usual formula – Korean developer Wonder People just picks and chooses bits from other competitors to integrate into its own product. Despite these Frankensteined features, it has clearly captured people’s attention — and it’s still pretty fun to play.

Super People has a relatively slow, methodical pace; if you’re familiar with PlayerUnknown’s Battlegrounds, then you’ll likely be able to pick up Super People. The trick is that there are classes, much like the agents from Valorant or characters from Apex Legends. The Driver can summon a giant monster truck, while the Strike Force’s ultimate lets him run real fast. Each class has a pool of nine abilities that players can mix or match. There’s just one catch – you can’t pick your class without spending in-game currency, which means you’re at the mercy of chance.

Once a match starts, you get into a plane and eventually drop down onto a vast and dense map full of other players. After landing, you look for gear, build momentum towards your abilities, and survive a rapidly enclosing ice storm. It’s like using a buddy’s bathroom and seeing that all of his toiletries are pilfered from various hotels. It’s not really a problem, per se, but it still feels weird.

That hasn’t stopped Super People from spiking on the Steam charts, showing up in the top 100 games whenever it opens a new beta testing period. This is particularly impressive considering that you can’t actually download Super People off Steam right now, and it’s not available on any other platforms or storefronts. Instead, players can request access and wait for the next window, at which point they may be invited in. Even with this limitation, Super People is still making waves and building an audience on platforms like Twitch. It seems as though a game doesn’t need to feel completely new as long as it’s good enough.

To its credit, Super People feels quite crisp and quick to play. Gunfights can be fast and messy, but the positioning and planning around them is slower and a little more tactical. At the same time, I don’t feel like I’m always outclassed by a more technically skilled player. The powers add chaotic, memorable moments like blinking around rooftops with a shotgun and trying to get away from a sniper while a nuke gets dropped nearby.

Super People itself might not stick around; it wouldn’t be the first battle royale to show a strong start and then quietly fade away after a few months. But it’s quietly gathering a good deal of momentum, despite not being as mainstream as its fellows, and it’s a good sign for the battle royale genre. No matter how many developers give it a shot, it seems players haven’t given up on dropping out of planes and striving to win chicken dinners.