If you’re on the hunt for a high-end gaming PC, today’s the day to check out Walmart. The big box retailer is offering a pair of killer deals on desktops right now, and while the graphics cards and the processors are from the previous generation, they’re nevertheless packing some serious power.

The first desktop is the $700 Overpowered DTW1Remove non-product link. It comes with the 6-core, 12-thread Intel Core i7-8700, clocked at 3.2GHz, and Nvidia’s GeForce GTX 1070. Walmart doesn’t say which manufacturer supplies the graphics card, but in reviews like Bitwit’s, they’ve been from Gigabyte. The DTW1 also packs a 256GB SSD, a 2TB hard drive, and 16GB of RAM. That’s not bad at all, and should offer solid gaming with few (if any) visual compromises at 1440p and 60 frames per second. It’ll be great for gaming at 1080p resolution with high refresh rates too. 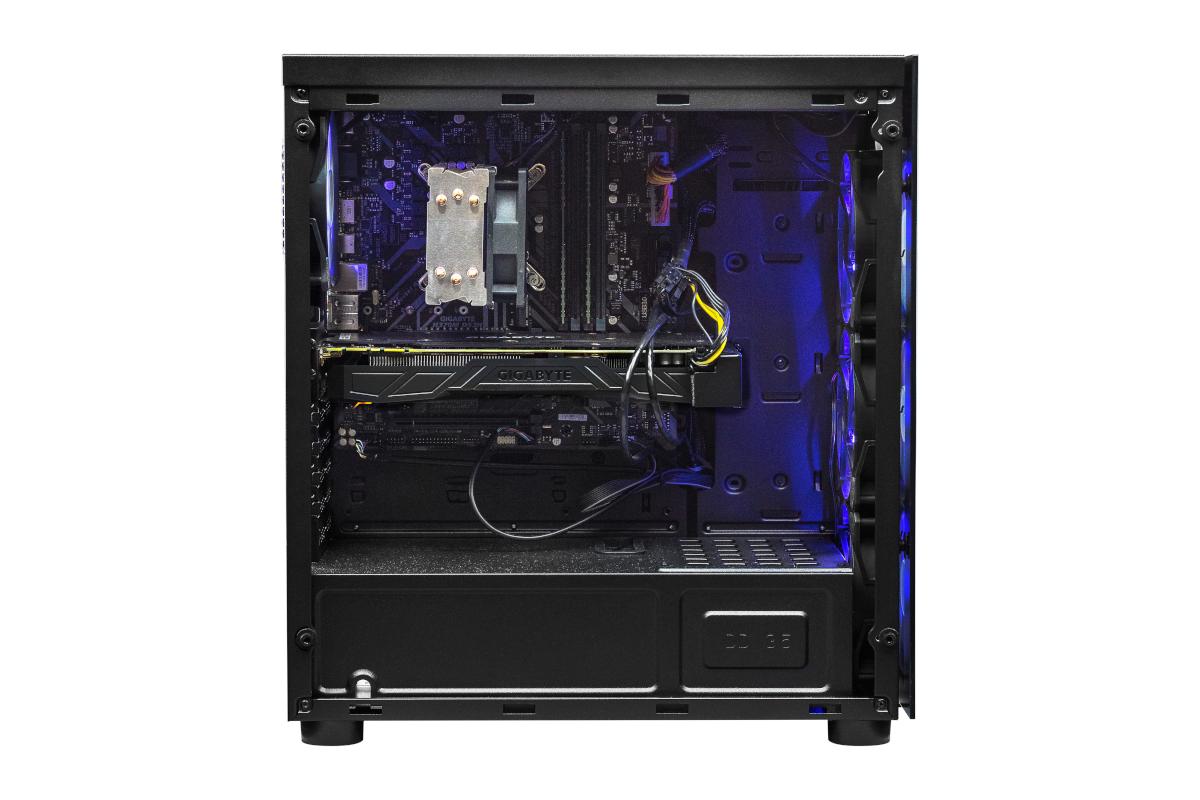 For $900 you can get the Overpowered DTW2Remove non-product link. This comes with the same processor as the DTW1, but the graphics card gets a significant upgrade to the Nvidia GeForce GTX 1080. Again, we don’t know for sure which company made the graphics card, but if the promotional photo (above) is to be believed, it’s Gigabyte. With this desktop you can expect fantastic gaming at 1440p and 1080p, but 4K will still be entry-level stuff hitting under 60 frames per second on most games. For storage, you get a 512GB SSD and a 2TB hard drive.

It also comes with a whopping 32GB of RAM. These PCs come fully loaded despite their amazingly cheap sale prices. Don’t miss out if you’ve been looking to snag a powerful new gaming PC.