Blizzard is releasing the final major content patch for World of Warcraft expansion Battle for Azeroth today. Players have come a long way from the early days of the expansion, where dinosaurs and pirates fought on the new continents of Zandalar and Kul Tiras. In Visions of N’Zoth, adventurers will go toe to toe with the unleashed Lovecraftian god N’Zoth. To fight him and his corruption head on, they’ll need to enter the newly risen land of madness, the Black Empire.

While some are excited to plumb the depths of the maddening city of Ny’alotha, other players are questioning why this event is relegated to a content patch. An entire continent of Cthulhu-style horrors is rich ground for an expansion, after all. World of Warcraft has recently taken us to some very important areas with deep ties to the lore, ranging from the planet of Argus to the watery kingdom of Queen Azshara. It’s a big change from the days of The Burning Crusade or Wrath of the Lich King, which focused heavily on one area in the world.

The idea of an Old God-themed expansion had been talked about “many times” at Blizzard, according to lead narrative designer Steve Danuser.

“People love the Old Gods, and it’s something that’s really cool,” Danuser told Polygon in a phone interview. “But when we were looking at Battle for Azeroth in particular, we felt [N’Zoth’s] storyline really tied in well to this expansion.”

Sure enough, N’Zoth has been in this expansion since day one. He appeared in the Warbringers animated shorts that preceded the expansion; we find squid-headed fishermen in Kul Tiras; and one of Zandalar’s most important characters was in cahoots with N’Zoth the entire time. While Battle for Azeroth was sold as a faction war expansion focusing on Horde versus Alliance, it was always clear that N’Zoth was in the background, pulling the spooky strings.

“Even though people love an idea, and it’s very cool, it doesn’t necessarily turn into something you can build an entire expansion around,” Danuser said. “N’Zoth is a horror story. It’s a monster story. And a lot of the most successful horror films or books about monsters give you the monster very sparingly, and in very deliberate ways. If you were surrounded by Old Gods all the time, 24/7, playing month after month after month, maybe it isn’t scary anymore. Maybe it isn’t as cool.”

With 8.3 being the final patch before the release of World of Warcraft’s next expansion, Shadowlands, Azeroth’s heroes could be hanging around the Black Empire for a few months. It’s the culmination of a ton of teasing and glimpses throughout Battle for Azeroth.

One of those threads was the Eye of N’Zoth. Adventurers who sported the Eye weren’t just in a spooky club, they also heard the whispers from N’Zoth himself. This was the second major player choice in Battle for Azeroth, and it was accessible to both factions. The other major choice, deciding to back Sylvanas or Saurfang in the Horde, was only accessible to members of the Horde.

For some players, the expansion wasn’t about Horde versus Alliance, but instead getting on the Old God train to worship N’Zoth. The Eye was proof of their loyalty, something that has marked their characters visibly for months. This ends in 8.3; the Eye of N’Zoth will not carry forward into Shadowlands. 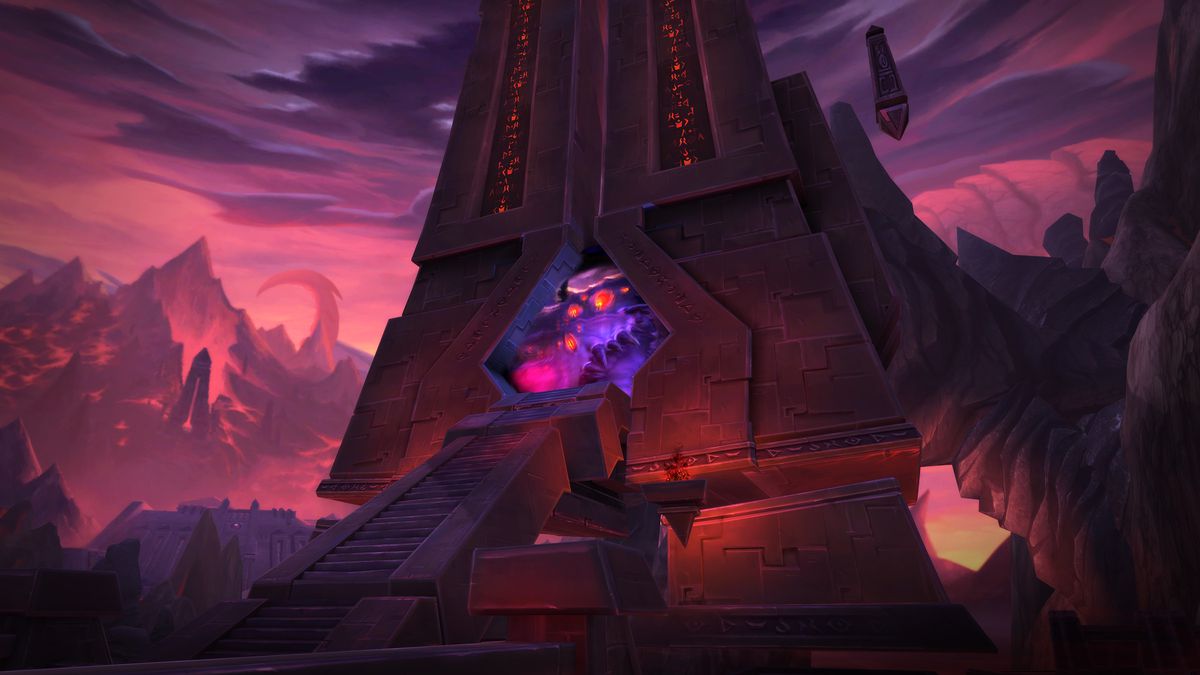 Danuser said that the Eye of N’Zoth was never meant to be a pivotal part of a character’s internal story. “The Saurfang versus Sylvanas choice was very fundamental to the story, and core to what your character believed,” he explained. “It was a way for you to express what side your character wanted to go on.”

But while Saurfang and Sylvanas both represented seemingly sustainable viewpoints, the Old Gods want to devour all of reality. “At the end of the day, we have to do something about their presence,” said Danuser. “We can’t allow your character to go off unchecked or anything like that.”

The team is aware that the Old Gods are popular, and hence the Eye of N’Zoth was added for flavor and mystery. But there’s no way to pull a fast one and try to preserve him, or aim for an Old Gods-ruled Azeroth in any meaningful way. It looks like Patch 8.3 may very well be the end of the Old Gods for some time.

“Remember that N’Zoth isn’t the top of his particular food chain,” said Danuser. “Above the Old Gods is the Void as one of the great six cosmic powers that define our universe.”

Those six cosmic powers are Light, Disorder, Death, Shadow, Order, and Life. As World of Warcraft advances, we’re learning more about those cosmic forces, and starting to unravel the secrets of the universe. Shadowlands is set to explore a new plane of existence in the afterlife. Danuser described the cosmic map as “part roadmap,” and the powers behind N’Zoth will remain “very much in play.”

While we won’t be getting an N’Zoth-themed expansion, today’s World of Warcraft patch will allow both Horde and Alliance to duke it out with an Old God and his minions. That may be the end of the road for N’Zoth, but as World of Warcraft fans know, killing one boss rarely solves the major problems. There’s always another expansion, and another raid of baddies to fight. World of Warcraft is moving away from pulling bad guys from the real-time strategy Warcraft games, and more into building up great cosmic forces for us to fight. It’s a weird, wild move, and one that will likely come more into focus with Shadowlands. 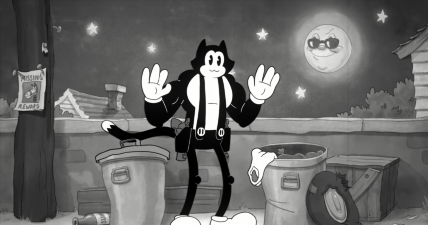