Microsoft is one of the last platform holders to continue holding live press conferences at E3. The company’s event at E3 2019 brought a large amount of news — which is about what you’d expect in the year before things really heat up with next-generation consoles. These are some of the biggest announcements of the show.

Microsoft finally gave some details about what we can expect from the next Xbox. The team that created the Xbox One X and the Elite controller is in charge of the upcoming console, which will give you a choice of where you want to play your games.

Reducing load times is one of the main goals of the system, as is delivering 8K resolution and frame rates “up to 120 fps.” The SSD will be used as “virtual RAM,” which we’re told will allow for more lifelike scenes and no loading screens. You’ll be able to connect across games and across platforms, although what exactly that means is still unknown.

The new console is currently being called “Project Scarlett,” and is coming in time for the holiday season of 2020.

Project Scarlett will launch alongside Halo Infinite, and we finally got a look at the game that wasn’t just an engine demo. The trailer shows off some of the game’s visuals and reintroduces Master Chief to the series, but also seems to imply that Cortana is still lost.

It also looks like the Covenant has beaten back the humans, although Chief seems more than ready to pick up the fight again. It wasn’t the most impressive trailer, but was still likely exciting for fans of the series who were hungry for more.

Can you imagine what this would have been like if it hadn’t leaked ahead of time? Even if it wasn’t a surprise, the mixture of FromSoftware and George R.R. Martin is a potent one, and the trailer showed just enough to make things interesting.

Ninja Theory’s new game is a third-person melee combat game where teams of four players team up to try to take down their opponents. It looks kind of like Borderlands and Fortnite were mixed together with a bit of Splatoon. The technical alpha starts on June 27, and you can watch the trailer below.

A new game in the Minecraft universe with four-player multiplayer, coming in 2020. Not much was shown, although the game kind of seems like it will be a Minecraft-flavored Diablo-style dungeon crawler, which isn’t the worst idea at all.

Did anyone see this one coming? This is a good investment in future games, and could help Microsoft build out its library of games for Xbox Game Pass. This was an interesting surprise, and is certainly not something we saw coming, but it’s a move that makes a lot of sense.

If you want access to a lot of games on two platforms very quickly, this is a solid buy.

The new trailer was pretty good, but Keanu Reeves coming out onto the stage to talk about the game after he was shown in the last shot of the new footage really took things to a new level. The crowd’s love of Reeves — and his willingness to lean into the goofiness of the situation — made the whole thing a delight to watch. And we have a release date! The game will be out April 16, 2020. 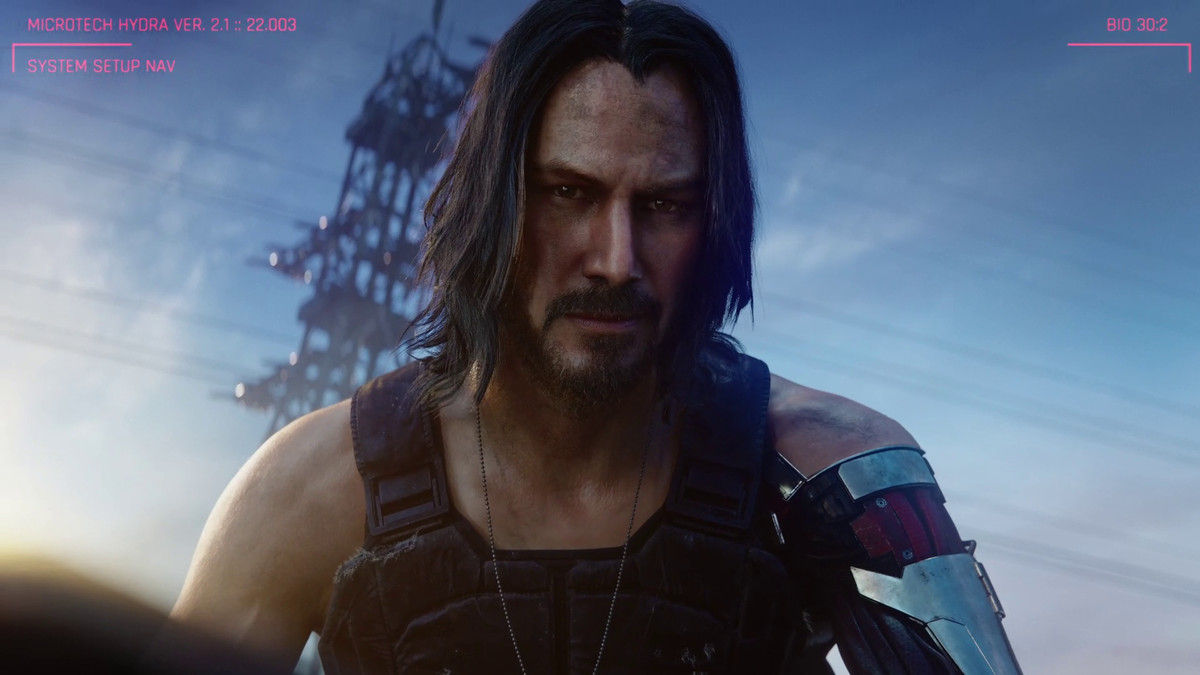 Gears of War is another franchise that players associate with the Xbox platform, and Microsoft released a moody trailer for Gears 5 that didn’t show much about the game, although we did finally get a release date: Sept. 10, 2019. You can also get access to the game four days early if you’re a subscriber to Xbox Game Pass Ultimate, and there will be a few different betas and ways to try the different game modes before launch.

There was also a new trailer that showed the new Escape game mode, which you can watch below. Pre-order customers or Xbox Game Pass Ultimate subscribers will also get access to the Terminator: Dark Fate pack.

Not much information, but at least we got a trailer. It looks good! The game will also include three-player couch co-op.

This one was also unexpected. Microsoft showed the first footage of an upcoming Blair Witch game, which seemed to keep much of the spookiness of the original movie. We’ll see if people are interested in a new video game adaptation of one of the first found-footage movies, but this was definitely a surprise.

Microsoft has been hinting that the Xbox platform will soon exist on hardware outside of Xbox consoles and gaming PCs, and that was a big part of the announcements today.

Microsoft is offering its first public hands-on test of Project xCloud at E3, and said that in October you’ll be able to stream your games either through your Xbox One console or through other pieces of hardware using the service. That means that soon you’ll be able to play your games on a variety of screens without the games actually being powered by that hardware, even through you’ll still need to buy your games through Microsoft to take advantage of the technology. Microsoft wants Xbox to be everywhere, even where there aren’t any physical Xbox consoles, and this is a step toward that future.

Phantasy Star Online 2? For Xbox One? You either don’t know what’s going on with this game, or you’re very excited about this excellent news. The Phantasy Star series in general gave us more than one classic game, and this is such a fun surprise. The game launches in spring 2020, will feature cross-play between Xbox One and PC, and will be free-to-play.