Failure is the most important part of competitive games. Any one moment could be the difference between winning and losing for a team, and every second matters. When the threat of failure is always around the corner, every victory means more. Over its long multiplayer history, the Call of Duty series has never quite nailed this feeling. Until Gunfight.

Gunfight is a new mode in Modern Warfare, the latest Call of Duty release. The mode features two teams of two players facing off in multiple rounds — the first to six wins the game. Every two rounds a new set of random guns and equipment is chosen and all four players must use those weapons. But one of the more tricky elements? There are no respawns. If any player dies, they’re out for the rest of the round.

Call of Duty: Modern Warfare is a thrill ride that turns you into a monster

In other Call of Duty modes, there’s always been a slight disconnect between personal skill and your team’s performance. I might carry my team — racking up 30 kills — and still lose. In Gunfight, that’s not the case. It’s painfully clear how much you matter.

If I lost a one-on-one at the beginning of a round, then I know my team’s chance of winning get a whole lot slimmer. When the opposite happens — my teammate takes a dive in the opening seconds of a round — I ended up with the most exciting and tense moments of Call of Duty multiplayer I’ve ever played. Rarely in Call of Duty have the stakes been so clear and daunting, but the game still offered just enough hope of victory. If I could come in clutch, even in the face of adversity, I could make a difference. I could bring my team to victory. 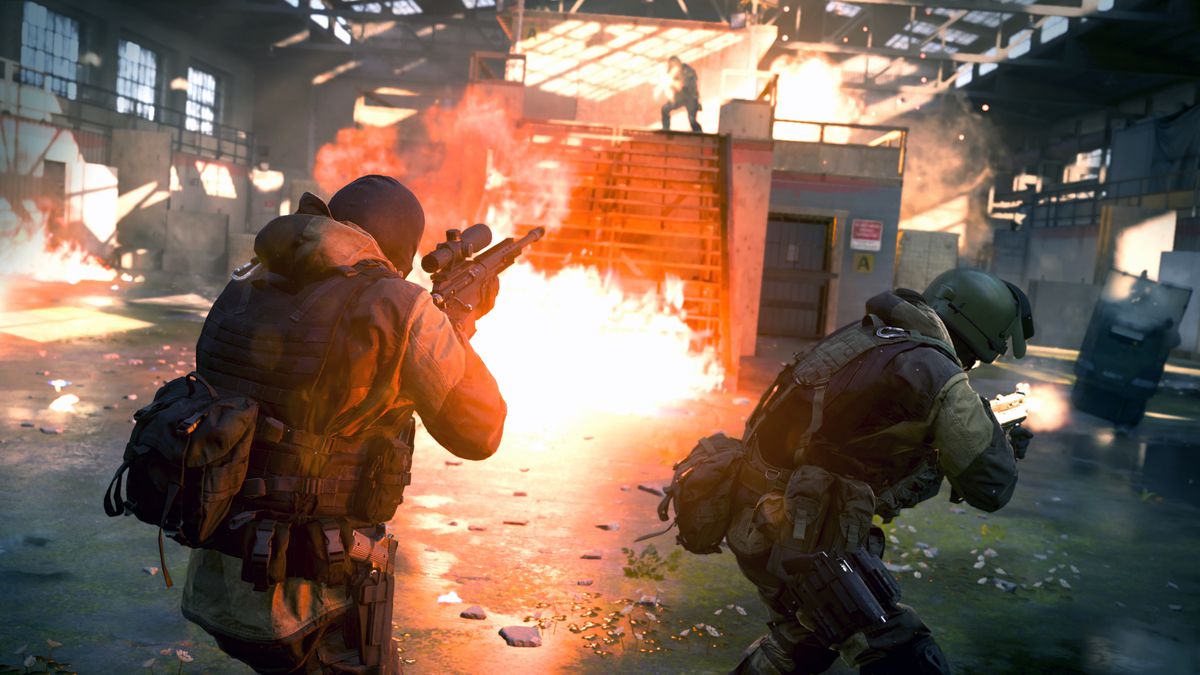 Even in Call of Duty’s old Search and Destroy mode, which also eliminated respawns, the best opportunities for heroics were often stifled by the fact that you were facing three or four enemies at once, all outfitted with different weapons and gear. While the numbers issue obviously isn’t at play in Gunfight (there are only two players per team, after all), its random weapon selections are a clever solution to the problem Search and Destroy had with its variable loadouts.

There’s a very specific kind of comfort that comes from knowing that you and your opponent are working with the exact same weapons. There’s no surprise advantage or slightly better attachment. It’s just your aim versus your opponent’s.

When you lose in Gunfight, you know exactly why, since you know all the variables at play. You know there are either one or two players, you know what weapons they have, and chances are you can guess where they are on the map. Each of Gunfight’s maps are similar to other Call of Duty maps, but much much smaller. Most offer substantial and effective cover, plenty of ways to sneak around your opponents if open fights aren’t your forte. But if you look around and don’t see an enemy, you can rest assured that there aren’t many places for them to hide.

All this makes for a unique Call of Duty experience. Over the last 12 years, the series made its name on classes, unlocks, and different loadouts. Instead, Gunfight feels like a more distilled expression of skill. The winning team has to have the best aim, the best plans, and the best play across a variety of guns. It’s always possible to win when you’re outnumbered. Despite its few random elements, Gunfight is the most consistent, the most thrilling, and the most fun mode that Call of Duty has added in more than a decade.