Conan O’Brien makes yet another celebrity cameo for Death Stranding, and it’s about as bizarre as you might expect. Then again, considering it’s Death Stranding, can anything truly be called “bizarre” in the first place?

Hideo Kojima teased the inclusion of his good friend early this morning. A holographic O’Brien deadpanning a few ironies is only the beginning. He’s wearing a plushie otter on his head. That’s a gift for the player character, Sam; with it, Sam can float down a river otter-style, giving is the delight of seeing Norman Reedus, rolling, scratching his belly and wiggling like an otter.

But hey, at least there’s a utility for this suit; it’s not just a pure cosmetic. So be sure to keep Conan and this aqua-tanooki suit in mind when planning the water travel portion of your open-world adventures.

A segment on O’Brien’s TBS show yesterday showed the host visiting Kojima Productions, rummaging through Kojima’s toy collection, and getting stunned by his first glimpse of the baby, asking Kojima “what is wrong with you?” and then getting his face scanned. O’Brien went through a number of hammy expressions and, voila, he’s now in the game. 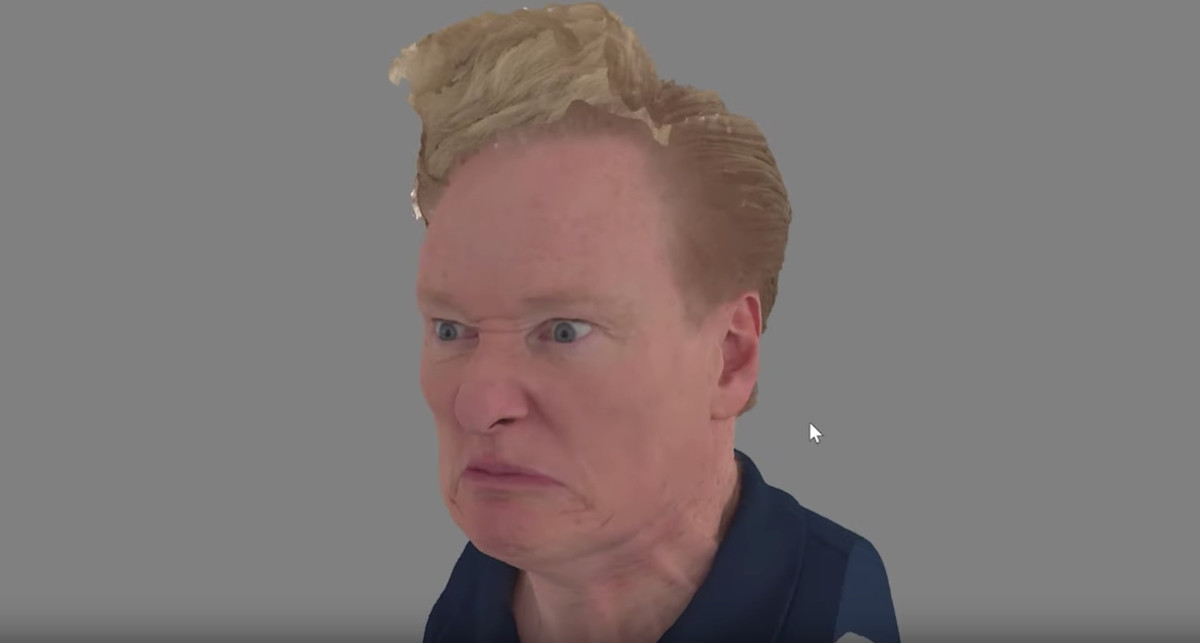 Kojima Productions asked O’Brien to show “anger.” He says this is more like “constipation.”
Polygon screenshot via Team Coco

Kojima did not say at what point players will meet O’Brien in Death Stranding. As everything is under double-secret embargo, guess you won’t find out until the PlayStation 4 exclusive launches Nov. 8.