Armor 2.0 is a new system for Destiny 2, just released with the Shadowkeep and New Light updates. It’s free for all players and drastically changes how you can build your Guardian. But with more customization comes more complexity.

If you’re just now diving in with Armor 2.0, you may be a bit confused. Here’s how the new system works, and what all those new stats do. 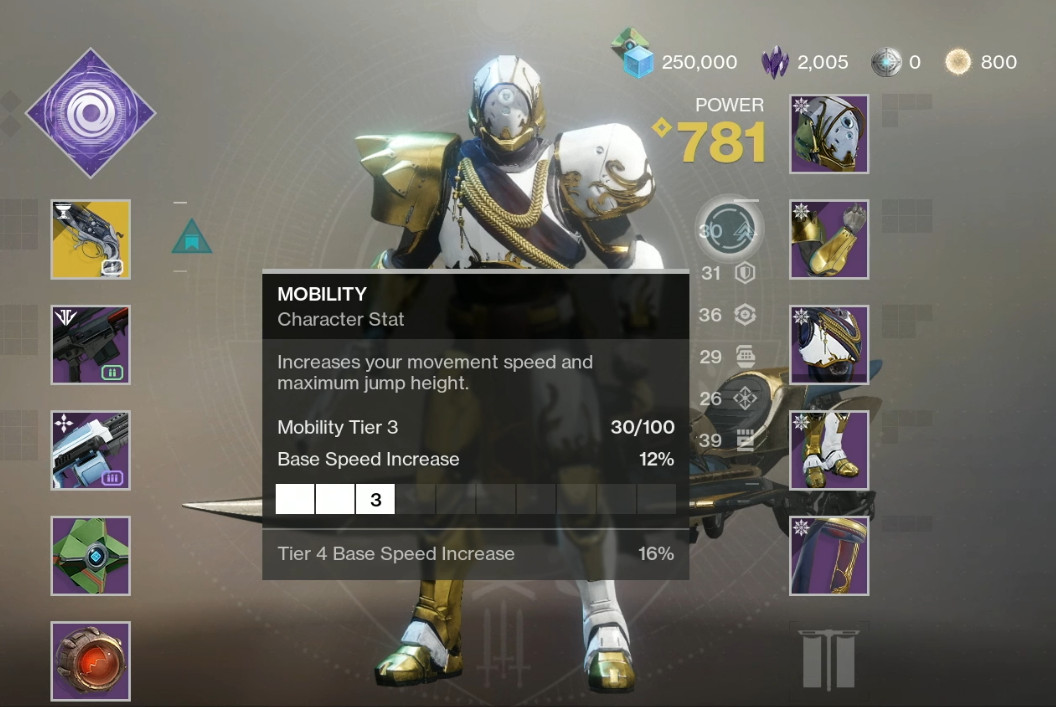 The most noticeable change to the new UI is the bevy of stats. Where Guardians previously had a listing of three stats numbered 1-10, Shadowkeep has six stats that go up to 100.

With Intellect, Strength, Discipline, Mobility, Recovery, and Resilience, players have new ways to customize their characters:

Stats now have break points at every 10 points. For example, at 30 Mobility, players will move 12% faster. If players have enough Mobility to reach the fourth breaking point (40 Mobility), they’ll move 16% faster.

All six stats are static on new armor pieces. If you want a different stat role, you’ll need to acquire a different piece of armor.

While an armor piece’s stats can’t change, armor perks are customizable in Shadowkeep.

In its stream, Bungie didn’t show off many new mods. Instead, it focused on the power of old mods. Depending on what they’re using, players can select items that benefit their playstyle.

For example, a player who wants to center their play style around an Exotic that empowers grenades — like the Warlock’s Sunbracers — can give their character mods that regenerate grenades quickly. If players have a favorite hand cannon that doesn’t have a good reload skill, they can use a hand cannon loader mod to supplement a weapon perk like Outlaw.

These mods are similar to what players had before Shadowkeep. The difference is in how players can mix and match them with ease, rather than finding a piece with the perfect perk roll.

Players need to manage their energy. If they want to use a powerful mod — like an enhanced weapon loader that modifies reload speed even more than a standard weapon loader mod — they’ll need to settle for something weaker in their other slot. The more powerful the mod, the more energy it needs.

Mods have an energy cost associated with them, and armor pieces have an energy threshold. Armor pieces drop with a random amount of energy, and players will need to spend various kinds of currency to upgrade their energy capacity. When players max out a piece’s capacity at 10, the armor also gets a small stat boost.

Each armor piece also rolls with a random energy type. This dictates the types of mods players can socket into the piece. In a recent blog post, the developers at Bungie confirmed that certain mod types are elemental exclusive. If you want a Hand Cannon Reloader mod, you’ll need to socket it into a Void armor piece.

In Destiny 2: Forsaken, mods were consumable items. Depending on the build you were looking for, it could be very difficult to acquire all of the mods you need.

With Shadowkeep, players unlock mods for permanent use. Once you’ve acquired a mod, you’ll only need a small amount of Glimmer to apply it to a piece of armor. If you replace it with something else, or you want to apply the same mod on another piece of armor, you’ll need to pay the fee again.

Players can unlock mods in a few different ways. Mods come from the Gunsmith, engrams found randomly in the world, and pinnacle sources like the raids or Iron Banner. 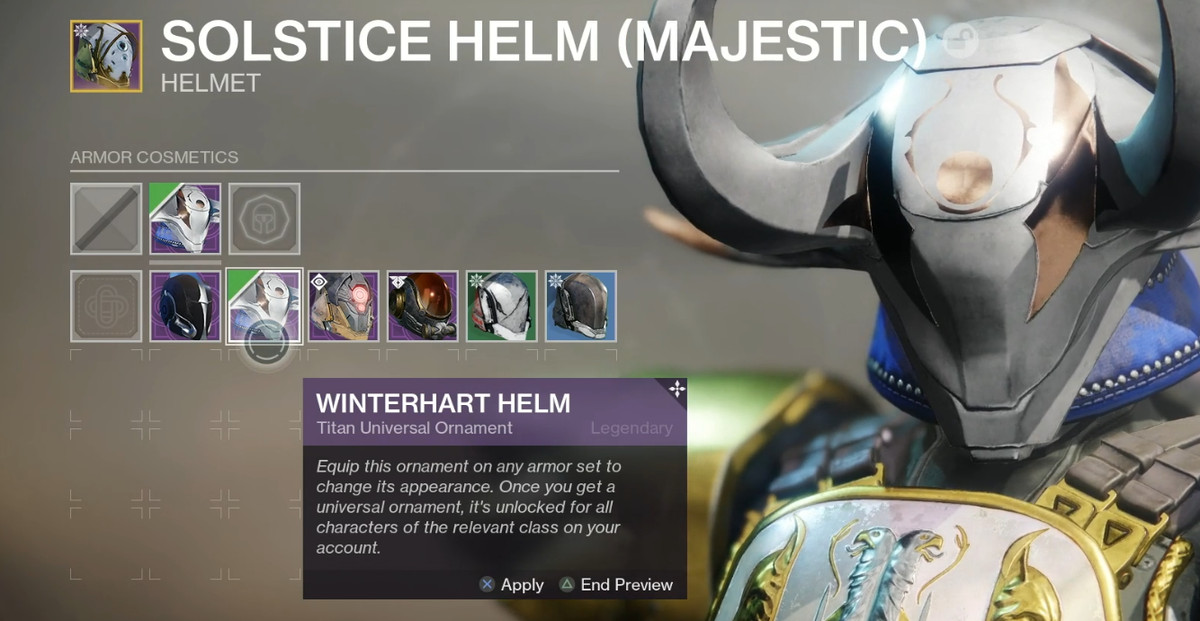 In Bungie’s effort to divorce gameplay from cosmetics, it separated the way Guardians customize their looks in Armor 2.0.

The cosmetic choices for armor are now in a sub-menu. In a previous stream, Bungie showed off the Armor 2.0 version of the recent Solstice of Heroes 2019 armor. In the sub-menu, players can apply shaders and the Solstice of Heroes armor glows.

Bungie also showed off the third slot, Universal Ornaments. This slot is for special ornaments that players earn from the Eververse store, which they can then apply the look of to any armor piece they own.

If players want the look of a different, non-Eververse set, they’ll need to acquire it again in the world. According to Bungie, all armor sets that drop after Shadowkeep will be Armor 2.0. The studio reveled during a livestream that this includes old armor sets from the previous raids or activities like Escalation Protocol.

Starting in Shadowkeep, all Exotic armor pieces will drop as Armor 2.0, but players can also pull Exotics out of their Collection if they’ve already earned them. The Collection Exotics will have a fixed stat roll — meaning it’s the same every time — and Bungie confirmed the numbers will be mediocre. To get better rolls, players will need to chase down the Exotics in the wild or buy them from Xur.

To communicate when players are using Exotic armor pieces, players can’t change the look of these pieces with Universal Ornaments.

There’s obviously a lot to absorb about the new armor system coming with Shadowkeep, but these changes will make some stat and cosmetic obsessives very, very happy.

Where can you get new mods? 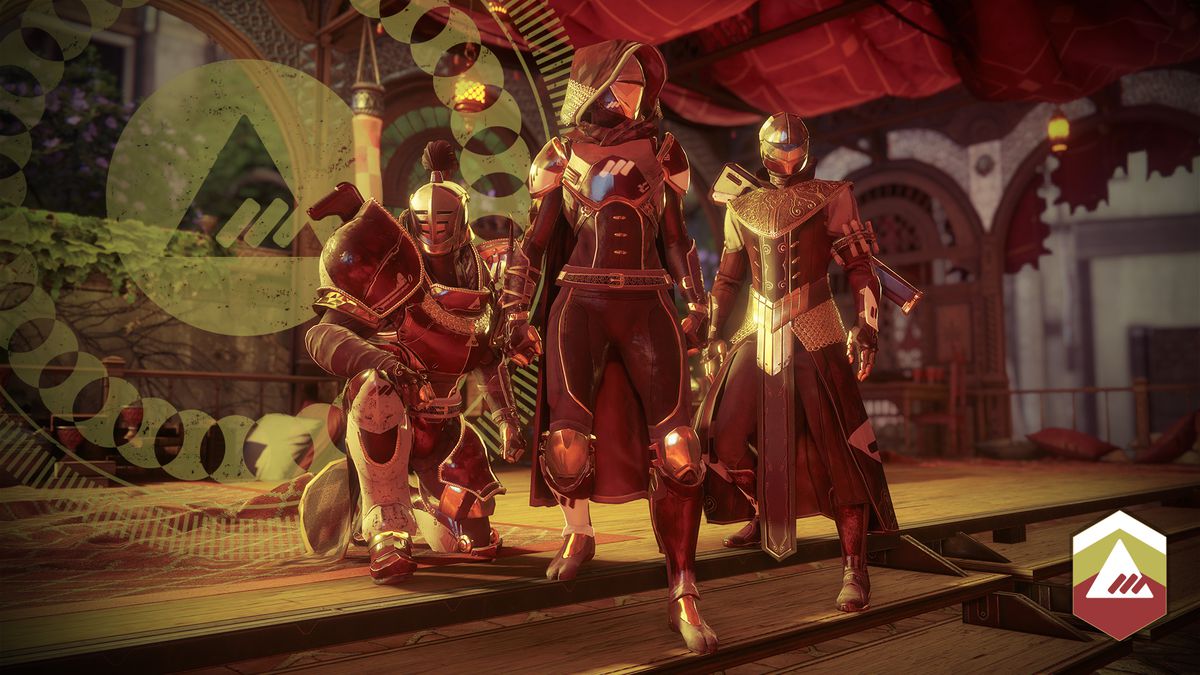 New mods come from different sources, like the gunsmith, Banshee-44. As of this writing, we’re not sure exactly where each mod comes from. As we play Shadowkeep more, we’ll update this story with a full list of mods and where to get them.

What are Season of the Undying’s seasonal mods?

Seasonal mods are special mods that come from the Seasonal Artifact. To acquire these are powerful mods, you need to upgrade your seasonal artifact. When the Season of the Undying is over, these mods will go away forever, replaced by new mods from the new artifact.

As of this writing, we don’t have a full list of seasonal mods for the seasonal artifact. We’ll update this guide when we do.